Home News Oil prices take a breather, OPEC+ sticks to output plans
Our website publishes news, press releases, opinion and advertorials on various financial organizations, products and services which are commissioned from various Companies, Organizations, PR agencies, Bloggers etc. These commissioned articles are commercial in nature. This is not to be considered as financial advice and should be considered only for information purposes. It does not reflect the views or opinion of our website and is not to be considered an endorsement or a recommendation. We cannot guarantee the accuracy or applicability of any information provided with respect to your individual or personal circumstances. Please seek Professional advice from a qualified professional before making any financial decisions. We link to various third-party websites, affiliate sales networks, and to our advertising partners websites. When you view or click on certain links available on our articles, our partners may compensate us for displaying the content to you or make a purchase or fill a form. This will not incur any additional charges to you. To make things simpler for you to identity or distinguish advertised or sponsored articles or links, you may consider all articles or links hosted on our site as a commercial article placement. We will not be responsible for any loss you may suffer as a result of any omission or inaccuracy on the website.
News 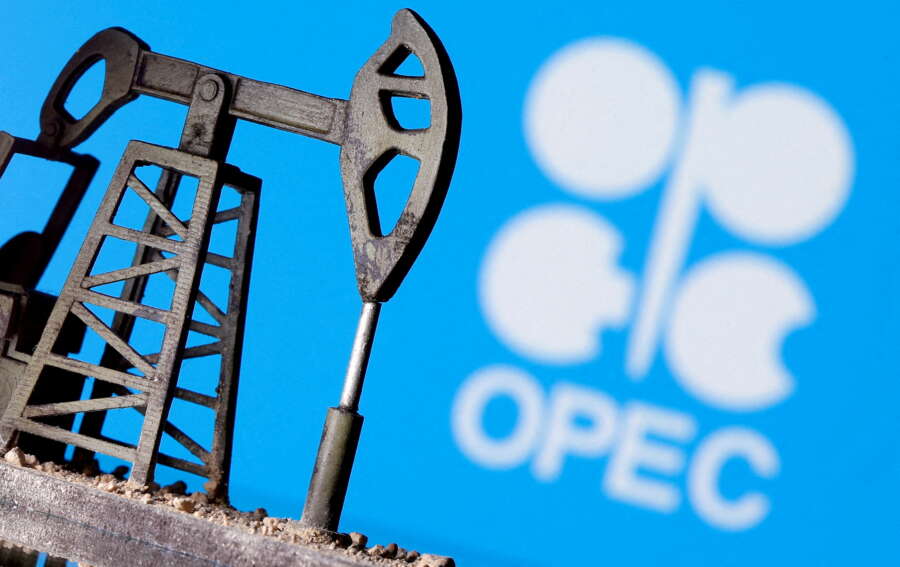 “This morning’s dip might be a result of the shockingly low U.S. ADP employment print last night, but we believe the supply squeeze may drive oil prices higher through this year,” said Howie Lee, economist at OCBC in Singapore.

U.S. private payrolls fell for the first time in a year in January, raising the risk of a sharp decline in employment that would deal a temporary setback to the labour market.

Still, tight global supplies and geopolitical tensions in Eastern Europe and the Middle East have boosted oil prices by about 15% so far this year. Over the past week, crude benchmarks hit their highest prices since October 2014, with U.S. crude rising to as much as $89.72 on Wednesday and Brent touching $91.70 on Friday.

Prices were also pressured late on Wednesday after Iran’s Oil Minister said the country was ready to return to the oil market as quickly as possible, but offered few details.

“The oil market is not really any closer to seeing additional barrels of crude, but today we are not seeing any fresh catalysts to send prices to fresh highs,” said Edward Moya, senior market analyst at OANDA.

The Organization of the Petroleum Exporting Countries and allies led by Russia, known as OPEC+, agreed on Wednesday to stick to moderate rises of 400,000 barrels per day (bpd) in its oil output with the group already struggling to meet existing targets and despite pressure from top consumers to raise output more quickly.

“OPEC+ will save larger-than-expected production promises for when oil is over $100 a barrel,” said Moya.

The group blamed surging prices on the failure of consuming nations to ensure adequate investment in fossil fuels as they shift to greener energy, while several OPEC+ sources also said prices had been pushed up by Russia-U.S. tensions.

The OPEC+ Joint Technical Committee said in a report that it expects the overall surplus in 2022 to reach 1.3 million bpd, slightly less than its previous forecast of 1.4 million bpd.

Keeping a floor on prices, a major winter storm is expected to wallop much of the central United States and stretch to parts of the Northeast this week, bringing heavy snow, freezing rain and ice, the National Weather Service said. The storm comes days after a deadly winter blast and could boost prices of oil, especially as some regions substitute out natural gas where supply may be scarce.

Britain’s Next sticks to outlook after quarterly sales...