Home Headlines Pfizer/BioNTech’s updated COVID shot shows strong response against BQ.1.1
Our website publishes news, press releases, opinion and advertorials on various financial organizations, products and services which are commissioned from various Companies, Organizations, PR agencies, Bloggers etc. These commissioned articles are commercial in nature. This is not to be considered as financial advice and should be considered only for information purposes. It does not reflect the views or opinion of our website and is not to be considered an endorsement or a recommendation. We cannot guarantee the accuracy or applicability of any information provided with respect to your individual or personal circumstances. Please seek Professional advice from a qualified professional before making any financial decisions. We link to various third-party websites, affiliate sales networks, and to our advertising partners websites. When you view or click on certain links available on our articles, our partners may compensate us for displaying the content to you or make a purchase or fill a form. This will not incur any additional charges to you. To make things simpler for you to identity or distinguish advertised or sponsored articles or links, you may consider all articles or links hosted on our site as a commercial article placement. We will not be responsible for any loss you may suffer as a result of any omission or inaccuracy on the website.
Headlines 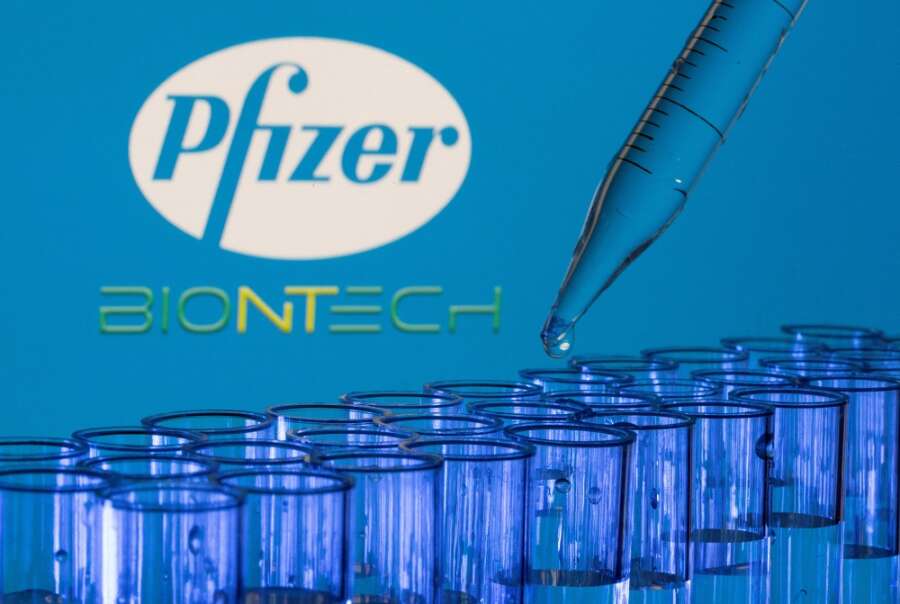 Antibody levels against the variant rose nearly nine-fold in older adults, aged 55 and above, who received the Omicron shot compared to a roughly 2-fold increase in participants with the original shot, according to data posted on online archive bioRxiv.

The variant and related BQ.1 are gaining ground in the United States, and are expected to cause a rise in cases in the winter in Europe.

They contain genetic mutations that make it harder for the immune system to recognize and neutralize the virus, making them better at infecting people in spite of immunity from vaccinations and prior infections.

The BQ.1.1 variant, which is closely related to the BA.5 Omicron subvariant, was estimated to account for about 24.1% of the COVID-19 cases in the United States, as of Nov. 12.

The BA.5 variant is still the most prevalent, at an estimated 29.7% of all cases in the country.

The companies had recently released data that showed their Omicron-tailored shot produced a strong antibody response in older adults than the original shot after one month against the BA.4/5 subvariants.

Based on data from preclinical studies, Omicron-tailored shots made by Pfizer and rival Moderna Inc have already been approved in the United States for adults and for children as young as five years.