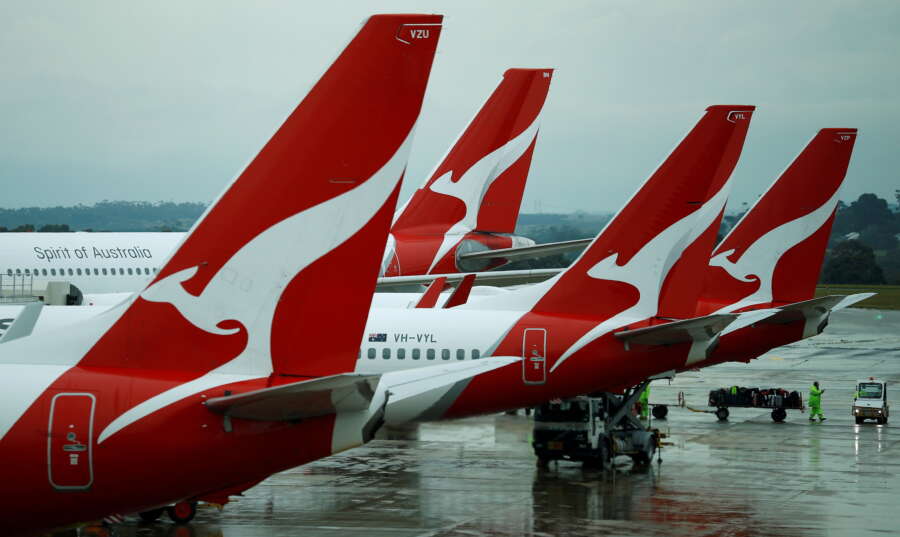 (Reuters) – Qantas Airways Ltd is temporarily idling about 2,500 employees without pay for at least two months in a bid to cope with fresh COVID-19 restrictions in Australia slashing domestic travel demand.

The decision will directly impact domestic pilots, cabin crew and airport workers, mostly in New South Wales, the airline said on Tuesday, adding that no job losses were expected from the move.

Qantas said it had gone from operating almost 100% of its pre-COVID domestic flying capacity in May to less than 40% in July due to lockdowns meant to curb the rapid spread of the Delta variant of the coronavirus.

The country’s most populous city, Sydney, has been hit particularly hard by infections and will remain in lockdown for at least another three-and-a-half weeks amid a drive to get the population vaccinated against COVID-19 as quickly as possible.

“Based on current case numbers it is reasonable to assume that Sydney borders will be closed for at least another two months,” Qantas Chief Executive Alan Joyce told reporters.

The affected domestic employees, who will join 6,000 colleagues furloughed in its international division due to border closures, will receive government-backed support payments of A$750 ($552.15) a week.

The airline said it is aiming for domestic flying levels to improve to around 50%-60% of normal levels within a few weeks as some states reopen borders after exiting lockdowns that contained small outbreaks.

Qantas will not hibernate any of its domestic planes because it wants to be able to ramp up quickly as demand returns, with a goal of topping 100% of pre-COVID capacity by Christmas, Joyce said.

Its international fleet has been grounded since March 2020. The airline currently has many international flights on sale from late December, but Joyce said the status of those plans would depend on Australia’s vaccination rate.

Qantas shares were down 1.4% in early afternoon trade, underperforming a 0.3% drop in the broader stock market.

(Reporting by Shashwat Awasthi in Bengaluru and Jamie Freed in Sydney; Editing by Maju Samuel and Muralikumar Anantharaman)