Home Finance R&D Tax Credits: What actually is RDEC and what’s it worth?
Our website publishes news, press releases, opinion and advertorials on various financial organizations, products and services which are commissioned from various Companies, Organizations, PR agencies, Bloggers etc. These commissioned articles are commercial in nature. This is not to be considered as financial advice and should be considered only for information purposes. It does not reflect the views or opinion of our website and is not to be considered an endorsement or a recommendation. We cannot guarantee the accuracy or applicability of any information provided with respect to your individual or personal circumstances. Please seek Professional advice from a qualified professional before making any financial decisions. We link to various third-party websites, affiliate sales networks, and to our advertising partners websites. When you view or click on certain links available on our articles, our partners may compensate us for displaying the content to you or make a purchase or fill a form. This will not incur any additional charges to you. To make things simpler for you to identity or distinguish advertised or sponsored articles or links, you may consider all articles or links hosted on our site as a commercial article placement. We will not be responsible for any loss you may suffer as a result of any omission or inaccuracy on the website.
Finance

R&D Tax Credits: What actually is RDEC and what’s it worth? 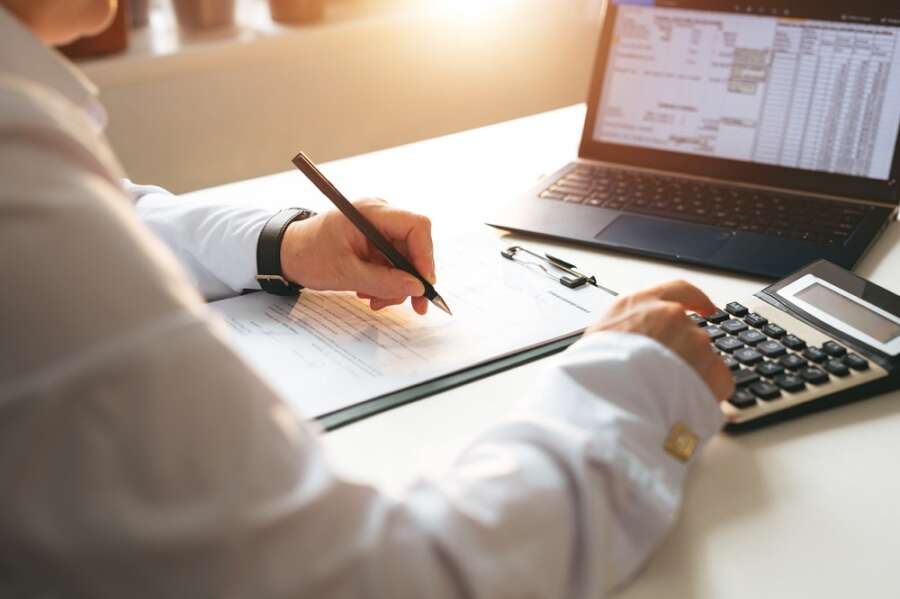 Innovative research happens across all companies in all sectors, large and small. However, thanks to the R&D Tax Credits schemea substantial proportion of eligible research and development costs can be reclaimed against a company’s Corporation Tax bill. Even loss-making organisations can benefit with a cash credit instead.

R&D Tax Credits represent a highly lucrative way of achieving extra funding for further innovative activities (or indeed anything else). But the scheme itself is split into two branches: The SME scheme, and the Research and Development Expenditure Credit (RDEC).

What is the difference between the SME R&D Tax Credits scheme and RDEC?

As the name suggests, the SME branch of the R&D Tax Credits scheme is aimed at smaller companies. That is, fewer than 500 staff, plus either a turnover of under €100 millionor gross assets of a maximum €86 million. Of the two branches, the SME scheme is more generous with up to 33% of eligible R&D costs reclaimable from HMRC. However, because companies are smaller the claim amounts themselves are smaller too.

RDEC, on the other hand, is what larger companies claiming R&D Tax Credits should use (plus any smaller companies that have previously received state aid).

Worth 13% of a company’s eligible qualifying R&D expenditure, the credit is taxable at the usual 19% Corporation Tax rate. This effectively means the benefit is worth 11p for every £1 spent on eligible R&D.

The benefit can be shown ‘above the line’ (ATL), so it’s visible income in the company’s accounts. The credit is offset against current Corporation Tax, or – for loss-making companies – it can be given as a cash credit.

What the benefits of RDEC?

“Larger companies claiming under RDEC can receive 13% of their qualifying expenditure back, so we’re not talking small amounts of money here. And of course, the resulting cash could shore up continued sector growth way beyond COVID-19.”

As mentioned, RDEC can be accounted for above-the-line in your income statement, which makes visible profitability more positive. In turn, this can positively impact R&D investment decisions.

As RDEC is awarded separately from the company’s tax position, the amount that will be due is easier to forecast. In these challenging economic times, this means greater stability and predictability of income, which companies heavily value.

HMRC’s Evaluation of the RDEC report (2020) looked at how effective the RDEC scheme is. The answer? Very effective it seems, with the report showing that for every £1of RDEC expenditure, between £2.40 and £2.70 is used by UK companies to further invest in R&D. This could be anything from AI and automation to green technologies and sustainable efficiency – all hot topics of the moment.

As RDEC is paid net of Corporation Tax, it’s effectively worth 11 pence for every £1 of eligible R&D expenditure. Certainly not to be sniffed at.

What counts as eligible R&D expenditure under RDEC?

Exactly what costs a company can claim in respect of their R&D project is obviously unique to each one. However, common qualifying expenditure under the RDEC scheme includes:

How to claim R&D Tax Credits

Whether you’re claiming R&D Tax Credits via the SME scheme or RDEC, the process is very similar (although somewhat complex).

It’s not always obvious exactly which costs are eligible – and some are very niche. Underclaiming is common, meaning that tens of thousands of pounds could be missed out on. But if a company overclaims, HMRC will likely ask questions, or even investigate.

Rather than go it alone, many companies use the services of R&D tax relief specialists alongside their usual accountants. Not only will an experienced, competent team be able to put together a claim that’s successful first time, they will also have the industry knowledge to maximise it.

After all, with a painful cost of living squeeze affecting all of us, even the biggest companies won’t want to lose out on cash that’s rightfully theirs.

UK economy finally bigger than before pandemic in November

Oil rises to more than 7-year high on Mideast tensions

Top trends we can expect to see in...