Home Headlines Record numbers resign in France as bargaining power balance shifts -labour ministry
Our website publishes news, press releases, opinion and advertorials on various financial organizations, products and services which are commissioned from various Companies, Organizations, PR agencies, Bloggers etc. These commissioned articles are commercial in nature. This is not to be considered as financial advice and should be considered only for information purposes. It does not reflect the views or opinion of our website and is not to be considered an endorsement or a recommendation. We cannot guarantee the accuracy or applicability of any information provided with respect to your individual or personal circumstances. Please seek Professional advice from a qualified professional before making any financial decisions. We link to various third-party websites, affiliate sales networks, and to our advertising partners websites. When you view or click on certain links available on our articles, our partners may compensate us for displaying the content to you or make a purchase or fill a form. This will not incur any additional charges to you. To make things simpler for you to identity or distinguish advertised or sponsored articles or links, you may consider all articles or links hosted on our site as a commercial article placement. We will not be responsible for any loss you may suffer as a result of any omission or inaccuracy on the website.
Headlines 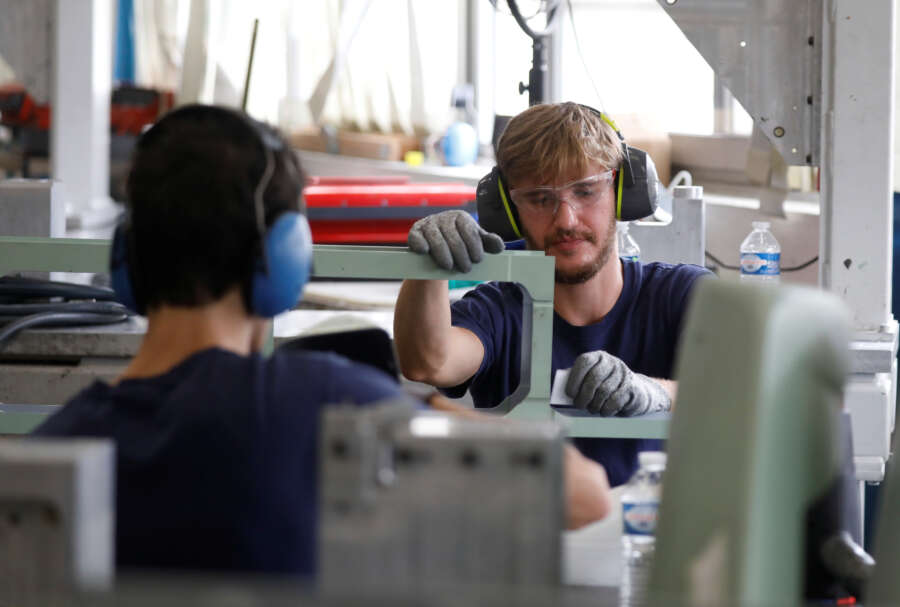 By Myriam Rivet and Tassilo Hummel

PARIS (Reuters) – More French employees than ever quit their jobs at the end of 2021 and start of 2022, as the balance of bargaining power shifts away from employers, a labour ministry study showed on Thursday.

Over one million quit between October and March, the study by the ministry’s Dares research body showed, 90% of whom had coveted permanent labour contracts offering some of the highest level of job protection in the world.

Even though the figures were historically high, the trend was not as strong when viewed in relative terms, taking into account that the overall workforce has been growing in recent years, Dares said.

Growing numbers of people across many countries have left their jobs during the COVID-19 pandemic as skilled workers start to re-evaluate careers and life choices – a phenomenon that a U.S. management professor famously dubbed the “Great Resignation”.

Dares said the latest French figures did not point to a shrinkage of the workforce on that scale.

It said the resignation rate in the euro zone’s second-biggest economy stood at 2.7% in the first quarter of 2022, the highest since the 2008-2009 financial crisis but below the level of 2.9% it had reached just before then.

“In the current context, the increase in the resignation rate thus appears to be normal, in line with the economic recovery from the COVID-19 crisis”, it said.

Tensions in the labour market, where bosses in some branches such as construction or hospitality increasingly struggle to recruit enough people, fed the trend, translating into job opportunities for many employees.

“Bargaining power is changing in favour of employees”, Dares said.