Home Headlines Renault and Nissan in talks that could reshape autos alliance
Our website publishes news, press releases, opinion and advertorials on various financial organizations, products and services which are commissioned from various Companies, Organizations, PR agencies, Bloggers etc. These commissioned articles are commercial in nature. This is not to be considered as financial advice and should be considered only for information purposes. It does not reflect the views or opinion of our website and is not to be considered an endorsement or a recommendation. We cannot guarantee the accuracy or applicability of any information provided with respect to your individual or personal circumstances. Please seek Professional advice from a qualified professional before making any financial decisions. We link to various third-party websites, affiliate sales networks, and to our advertising partners websites. When you view or click on certain links available on our articles, our partners may compensate us for displaying the content to you or make a purchase or fill a form. This will not incur any additional charges to you. To make things simpler for you to identity or distinguish advertised or sponsored articles or links, you may consider all articles or links hosted on our site as a commercial article placement. We will not be responsible for any loss you may suffer as a result of any omission or inaccuracy on the website.
Headlines

Renault and Nissan in talks that could reshape autos alliance 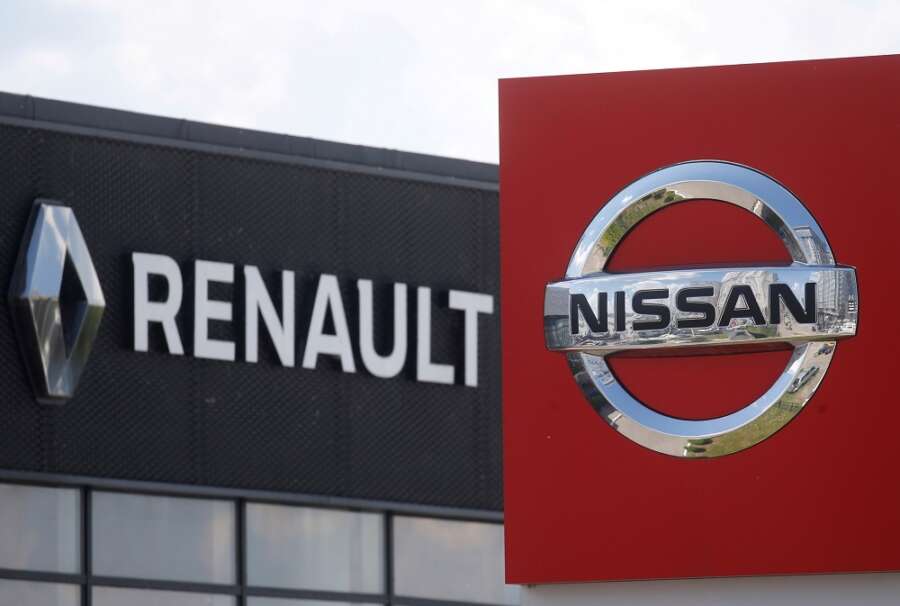 By Gilles Guillaume and Satoshi Sugiyama

PARIS/TOKYO (Reuters) -Renault and Nissan said on Monday they were in talks about the future of their alliance, including the Japanese automaker considering investing in a new electric vehicle venture by its French partner.

The talks, which could prompt the biggest reset in the alliance since the 2018 arrest of longtime executive Carlos Ghosn, have included consideration of Renault selling some of its Nissan stake, two people with knowledge of them said.

Negotiations are expected to continue ahead of a Renault investor presentation in early November, when the French carmaker is expected to give an update on its new EV unit, which is code-named “Ampere”.

Renault owns about 43% of Nissan, which in turn has a 15% stake in its long-term partner, in which the French state also has a 15% holding.

Shares in Renault rose by as much as 6% in early trading, making the stock the best performer on France’s benchmark CAC-40 equity index. They were up 3.54% by 1105 GMT.

Renault and Nissan said in a joint statement that they were “engaged in trustful discussions around several initiatives” including a potential Nissan investment in the EV venture and what they called “structural improvements” in their alliance.

Renault CEO Luca De Meo, who was in Japan over the weekend, and Nissan CEO Makoto Uchida have been central to talks about reshaping its terms, a person familiar with the talks said.

A group of Nissan executives, including Chief Operating Officer Ashwani Gupta, have also been involved in developing discussions in recent months, the person said.

Renault is looking to win Nissan as an investor in its new EV venture, which it is setting up alongside a separate combustion engine unit, essentially splitting out the higher-growth and investment-hungry portion of its auto business.

In exchange for investing in the EV venture, Nissan is looking to Renault to reduce its stake in the Japanese automaker, a person familiar with the talks said.

The French dominance of the alliance has long been a point of contention for Nissan, which wants Renault to cut its stake to 15% to draw level with its own holding in Renault, the source familiar with the matter told Reuters.

For Nissan, the talks could represent a chance to reset a structure that many executives at the Japanese firm have seen as unbalanced, given the way vehicle development work between the two carmakers has progressed in recent years.

Nissan may consider raising funds to buy back the shares held by Renault, one person told Reuters.

Seiji Sugiura, a senior analyst at Tokai Tokyo Research Institute, said he did not expect Nissan would have trouble financing a buyback on that scale.

“My own guess is that Japanese investors – by something like 60-to-40 – would rather have Nissan operating more as a separate company, or at least with a lower stake,” Sugiura said. “If they’re going to do this, now could be as good a time as any.”

Any sale of a stake in Nissan to take Renault’s holding to 15% – which at current market prices would be worth $3.8 billion – would not affect their continued cooperation, the source said.

Nissan may need to raise funds to buy the shares back from Renault, the source added.

The source said Mitsubishi, another partner in the alliance, was also considering taking a single-digit percent stake in Renault’s EV unit.

At the beginning of the year, Nissan and Renault detailed plans to invest $26 billion over the next five years in electric car development.

Nissan is set to launch the Ariya crossover, its first EV since the pioneering Leaf, in the U.S. market in coming weeks. Its launch was delayed by about a year because of shortages of semiconductors, Nissan has said.