Santander to release some pandemic provisions as profits jump 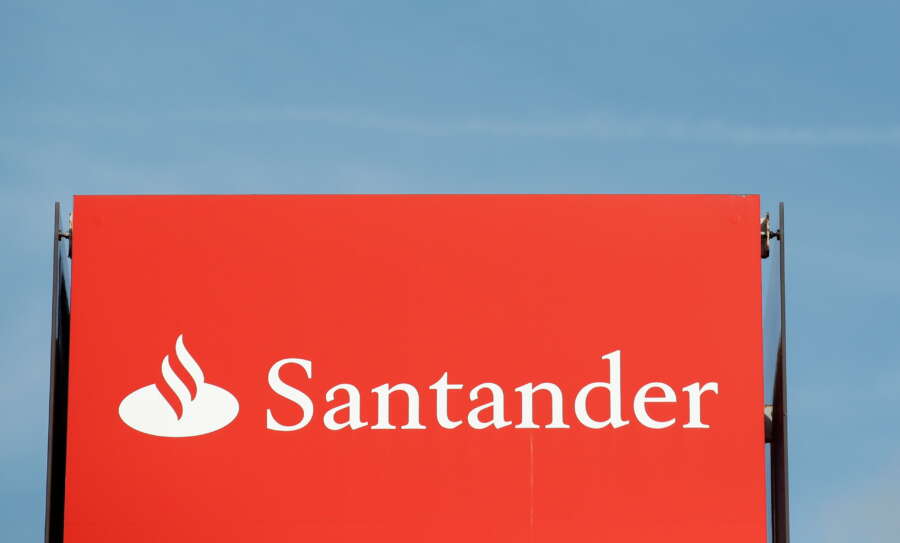 MADRID (Reuters) -Santander is to release some of the cash it set aside at the height of the pandemic in a sign the Spanish bank is more upbeat on the economic outlook after its third-quarter net profit rose 24%, boosted by its UK business.

The bank, the euro zone’s second-biggest in terms of market value, made a net profit of 2.174 billion euros ($2.53 billion) in the quarter, also thanks to lower provisions.

The result topped the 1.97 billion euros forecast by analysts polled by Reuters and also the 2.14 billion euros underlying profit in the third quarter of 2019 before the pandemic.

The coronavirus crisis forced banks in Europe to set aside costly provisions to protect their books from any potential fallout. But banks are starting to reduce them due to improved economic conditions after progress in vaccinations, making more cash available for lending.

“We expect to make some releases in the fourth quarter on the back of the new macroeconomic scenario which will enable us to reach a cost of risk of around 80 basis points by year end,” CEO Jose Antonio Alvarez told analysts.

He later clarified that write-backs could reach between 700 million and 1 billion euros, after around 2.5 billion euros of overlay provisions – which relate to the pandemic’s potential economic impact – still remain on the bank’s books.

At the end of September, the bank’s cost of risk, which acts as an indicator for potential future losses, fell to 90 basis points from 94 bps.

Chairman Ana Botin also said that she was “confident” of reaching the bank’s 13-15% medium-term profitability target thanks also to an improved outlook.

Santander shares fell 3.5% compared with a 1.3% drop in the European banking index and after having risen more than 30% this year.

Analysts, including Keefe, Bruyette, Woods, broadly welcomed a “decent outperformance” across all key metrics and divisions, though JP Morgan and Jefferies highlighted higher cost growth in some divisions, such as Brazil and Mexico.

Santander also improved its core tier-1 fully loaded capital ratio, the strictest measures of solvency, to 11.85% from 11.7% in June, boosted by a cut in the dividend pay-out accrual to 40% from 50%.

In Britain, which accounted for 21% of Santander’s earnings, underlying net profit more than trebled from a year ago and was up 13% compared to the previous quarter thanks to an increase in mortgage lending.

Results in the UK were also driven by higher lending income and revenue and an acceleration in cost reduction.

In the United States, which also makes up more than a fifth of Santander’s underlying earnings, profit on underlying terms almost doubled against the same quarter last year as the bank continued to benefit from a strong U.S. economic recovery.

But it fell 26% after a previous strong quarter and higher provisions in the July to September period.

Overall, net interest income, a measure of earnings on loans minus deposit costs, rose 8.8% against the same quarter in 2020 to 8.46 billion euros, above the 8.33 billion euros forecast by analysts.

In Brazil, which accounts for more than quarter of underlying profit, net interest income rose 18.6% year on year in the quarter, while in Spain NII was down 5.7%.

How many times do YOU swear at your...

Being promoted may actually cause you to experience...

Professionals are not seeking an optimal work-life balance...

The great resignation – building resilience in the...

IT jobs spikes, but applicants vanish as skills...

External file transfers – do they need to...