Home Headlines Sentiment in UK finance falls at fastest pace since 2019, survey
Our website publishes news, press releases, opinion and advertorials on various financial organizations, products and services which are commissioned from various Companies, Organizations, PR agencies, Bloggers etc. These commissioned articles are commercial in nature. This is not to be considered as financial advice and should be considered only for information purposes. It does not reflect the views or opinion of our website and is not to be considered an endorsement or a recommendation. We cannot guarantee the accuracy or applicability of any information provided with respect to your individual or personal circumstances. Please seek Professional advice from a qualified professional before making any financial decisions. We link to various third-party websites, affiliate sales networks, and to our advertising partners websites. When you view or click on certain links available on our articles, our partners may compensate us for displaying the content to you or make a purchase or fill a form. This will not incur any additional charges to you. To make things simpler for you to identity or distinguish advertised or sponsored articles or links, you may consider all articles or links hosted on our site as a commercial article placement. We will not be responsible for any loss you may suffer as a result of any omission or inaccuracy on the website.
Headlines

Sentiment in UK finance falls at fastest pace since 2019, survey 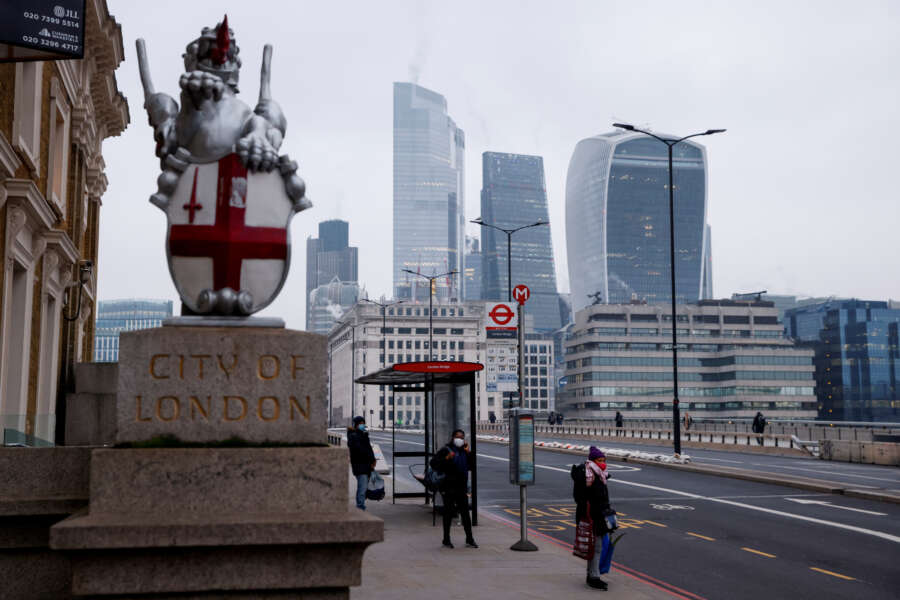 LONDON (Reuters) – Britain needs to restore stability to its finances to help reverse the fastest drop in financial sector sentiment in three years, a survey by business body CBI and consultants PwC said on Thursday.

Profitability growth in the sector remains robust and is expected to increase at a faster pace in October to December, the CBI/PwC survey said.

But sentiment in the third quarter to September fell at its fastest pace since September 2019, when it was hit by uncertainty around Brexit negotiations, the survey said.

It was completed on Sept. 23, the day UK finance minister Kwasi Kwarteng set out plans for tax cuts and big increases in borrowing, sending sterling and government bonds into freefall.

“While activity in the financial sector looks to be in a good position, with profitability and volumes growth remaining strong, the rapid fall in sentiment and lacklustre investment intentions illustrate the challenging conditions that firms find themselves in,” CBI Chief Economist Rain Newton-Smith said.

Employment in the sector is set to decline at a quicker pace in the current quarter, perhaps a reflection of the weaker sentiment, while the value of souring bank loans is expected to increase modestly, the survey said.