Home Headlines Soccer-European revenues rise 10% in 2020-21 despite COVID
Our website publishes news, press releases, opinion and advertorials on various financial organizations, products and services which are commissioned from various Companies, Organizations, PR agencies, Bloggers etc. These commissioned articles are commercial in nature. This is not to be considered as financial advice and should be considered only for information purposes. It does not reflect the views or opinion of our website and is not to be considered an endorsement or a recommendation. We cannot guarantee the accuracy or applicability of any information provided with respect to your individual or personal circumstances. Please seek Professional advice from a qualified professional before making any financial decisions. We link to various third-party websites, affiliate sales networks, and to our advertising partners websites. When you view or click on certain links available on our articles, our partners may compensate us for displaying the content to you or make a purchase or fill a form. This will not incur any additional charges to you. To make things simpler for you to identity or distinguish advertised or sponsored articles or links, you may consider all articles or links hosted on our site as a commercial article placement. We will not be responsible for any loss you may suffer as a result of any omission or inaccuracy on the website.
Headlines 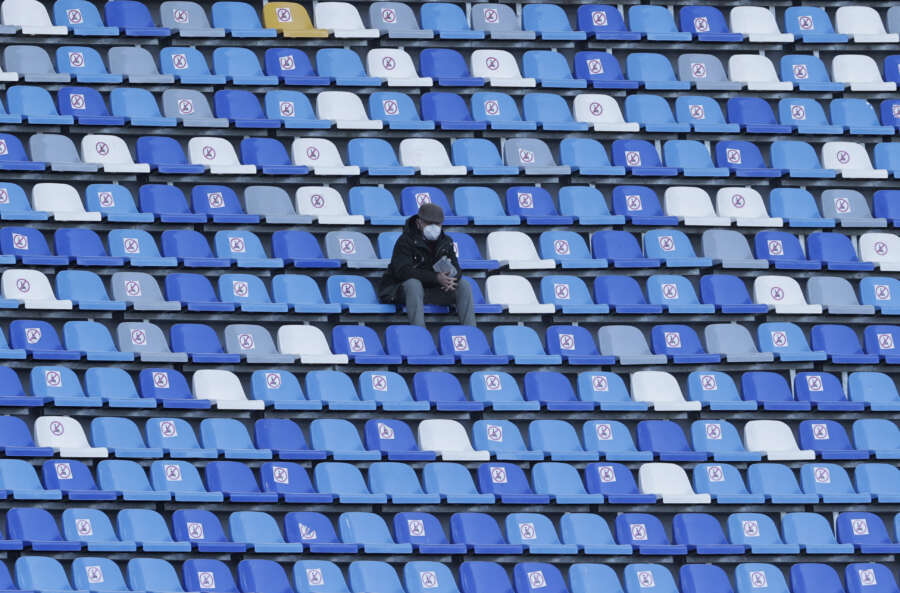 LONDON (Reuters) – European soccer revenues grew by 10% in the 2020-21 season despite most an almost total lack of fans in stadiums, according to a report published on Thursday.

The season was like no other with the COVID-19 pandemic curtailing virtually all matchday income, but Deloitte’s Annual Review of Football Finance showed the industry had held up across the continent with total revenues of 27.6 billion euros.

The so-called big five leagues in England, Spain, Germany, Italy and France enjoyed a combined 3% rise in revenues with Italy’s Serie A up 23% to 2.5 billion euros and England’s Premier League rising 8% to 5.5 billion euros.

Deferred broadcast revenues from the previous season, 48% in the case of Serie A, and the success of the postponed Euro 2020 tournament played across the continent in 2021, were behind the rise in European revenues, the report said.

“Clubs across Europe played a significant proportion of matches behind closed doors or with reduced capacity during the 2020/21 season which caused an almost complete loss of matchday revenue,” said Tim Bridge, lead partner in the Sports Business Group at Deloitte.

“It’s testament to the resilience of the industry, the value driven by broadcast deals and the success of the Euros that the European football market has achieved tenacious growth, in revenue terms, over the past year.”

Behind the impressive numbers, however, the picture was not rosy everywhere.

Of the big five leagues, only the Premier League saw an increase in clubs’ cumulative operating profits, up from 49 million pounds to 479 million.

Although combined net debt in England’s top flight increased by only 4% to 4.1 billion pounds in 2020-21, debts in the second-tier Championship increased by 32%, with wage costs exceeded revenues for the fourth-consecutive year.

“It is important not to overlook the loss-making position of many clubs,” Bridge said.

“Leaps made to boost financial sustainability through new UEFA regulations and to professionalise the women’s game will challenge clubs to break from tradition, potentially boosting profitability in a notoriously loss-making industry and creating a more inclusive environment for all. It is an exciting period, but one to be well prepared for.”

While only four Premier League clubs reported a pre-tax profit in 2020-21, it remains well placed to maintain its position as Europe’s most powerful league, with Deloitte predicting revenues to exceed 6 billion pounds this season.

“As the Premier League enters its fourth decade, it’s further ahead of the competition than ever before, having emerged from the pandemic without as significant an increase in net debt as many might have expected,” Bridge said.

“The stark reality, however, is that the league last broke even at a pre-tax level in the 2017/18 season, highlighting the crucial need for strong governance and financial planning in the years ahead.”