Home Opinion SPACS: THE APPEAL AND THE RISKS
Opinion

SPACS: THE APPEAL AND THE RISKS 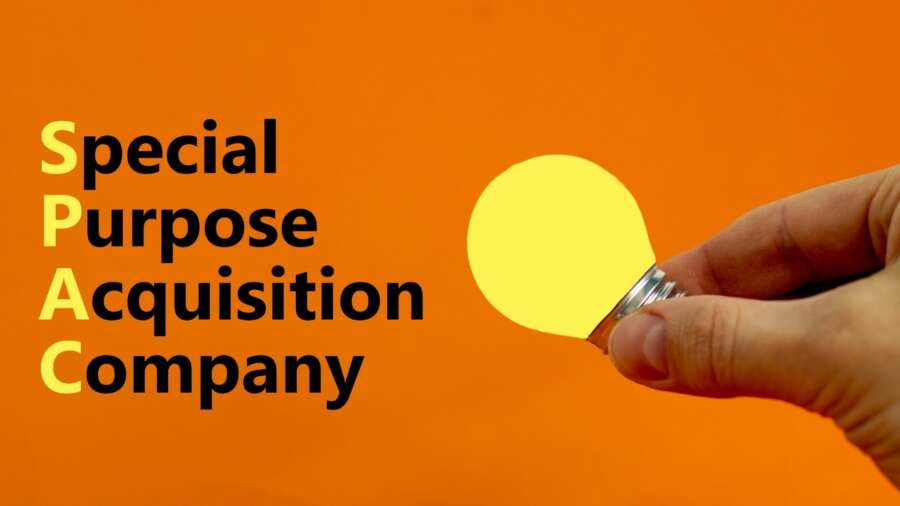 In the normal way of doing things, a company is created, looks for business and does what it can to maximise its opportunities. At a certain stage in its development, it may decide it wishes to go public.

In practical terms, this means conducting an initial public offering (IPO), where shares in that private company are issued and made available to public investors.  An audit is carried out to examine all aspects of the company’s finances, the business then prepares a registration statement to file with the appropriate exchange commission – such as the US Securities and Exchange Commission (SEC) or the UK’s Financial Conduct Authority (FCA) – and a stock exchange is approached to arrange the listing of an agreed number of shares at a certain price.

The IPO has been recognised as the way of going public for as long as any of us can remember. And yet it is coming under threat from the rise of the SPAC as the brash, new and popular kid on the block. The SPAC – which stands for special purpose acquisition company – has become an increasingly common way for a company to go from private to public in the US. Informed estimates say that around $64 billion in funding was raised via approximately 200 SPACs going public in 2020; a figure that is almost equal to the combined total of all IPOs that year.

The UK government is now set to examine a Treasury-backed review of the City that calls for company listing rules to be redrawn so that London can secure some of the rapidly-increasing SPAC business. It seems as if this side of the Atlantic may be set to enthusiastically embrace SPACs, which may not be surprising when it is considered that London has only been involved in 5% of the world’s IPOs in the last five years.

Supporters of SPACS believe they enable a private company to make the transition to a publicly-traded company in a way that offers more certainty over share prices and better control over the terms of the deal than are available by taking the traditional IPO route.

In its simplest terms, a SPAC is created – also known as sponsored – by a team of large investors with the express aim of buying another company. When a SPAC’s sponsors then raise more money (via its own IPO), the subsequent investors do not know the target company that the SPAC is looking to acquire; hence SPACS often being referred to as “blank check companies’’. Once the SPAC has raised capital, it is held in an account until those running it identify a suitable private company that is seeking to go public through an acquisition. If and when such an acquisition is concluded, those who invested in the SPAC can swap their shares in it for shares of the acquired company or cash in their SPAC shares for what they paid plus accrued interest. Should a SPAC’s sponsors not find a suitable company to acquire within a set deadline – which tends to be two years after the SPAC’s IPO – it is liquidated and investors have their money returned.

It is a process that, on paper, appears straightforward. But there are inherent risks. The due diligence involved in the SPAC process is not as rigorous as a traditional IPO. It is a business model that allows sponsors to promote the SPAC (with other people’s money) in any way that they believe is appropriate. That in itself can lead to value destruction and the risks of “pump and dump”, where shares are bought low, these purchases are then heavily publicised and then the shares are sold when they reach what looks to be their high point.

There is also the risk of misleading statements and misleading impressions which, in the UK, are covered by sections 89 and 90 of the Financial Services Act 2012, respectively. It would also be appropriate to consider the risk of accounting fraud, as whether most SPACS have proper accounting controls or compliance has been the subject of some concern. After all, the initial stages of a SPAC’s creation only involves convincing a small number of individuals to invest, which enables the SPAC to avoid much regulatory scrutiny. This in itself should raise alarm bells in relation to investment fraud.

While SPACs clearly have their supporters, they certainly carry risk for investors. Such investment is as close to being a leap in the dark as possible – which can only make the risk if investment fraud a sizeable one. When investing in SPACs you are unable to review trading history and performance, as you can when investing in companies that have been listed in the markets for a significant period of time. There is a reliance on SPAC company statements and any reported news regarding them which, in effect, puts everything in the hands of its sponsors.

If anyone believes they have been ripped off via a SPAC, an aggressive response is the only course of action. Preparing a bundle to the relevant regulators is an option, in order to pinpoint whether there have been any breaches of market integrity. The issues of investor protection and how the SPAC raised capital should be highlighted when taking such a step, as should any suspicions of insider dealing disclosure of information and other forms of market manipulation.

To determine if there has been any wrongdoing, any such allegations will have to be weighed up by the relevant regulator and / or enforcement agency in light of existing legislation. Yet any would-be investor would arguably be much better off if they spent time putting the SPAC under the microscope before they invested in it, rather than afterwards.