Home Headlines Spain’s retailers shun government proposal to freeze basic goods prices
Our website publishes news, press releases, opinion and advertorials on various financial organizations, products and services which are commissioned from various Companies, Organizations, PR agencies, Bloggers etc. These commissioned articles are commercial in nature. This is not to be considered as financial advice and should be considered only for information purposes. It does not reflect the views or opinion of our website and is not to be considered an endorsement or a recommendation. We cannot guarantee the accuracy or applicability of any information provided with respect to your individual or personal circumstances. Please seek Professional advice from a qualified professional before making any financial decisions. We link to various third-party websites, affiliate sales networks, and to our advertising partners websites. When you view or click on certain links available on our articles, our partners may compensate us for displaying the content to you or make a purchase or fill a form. This will not incur any additional charges to you. To make things simpler for you to identity or distinguish advertised or sponsored articles or links, you may consider all articles or links hosted on our site as a commercial article placement. We will not be responsible for any loss you may suffer as a result of any omission or inaccuracy on the website.
Headlines 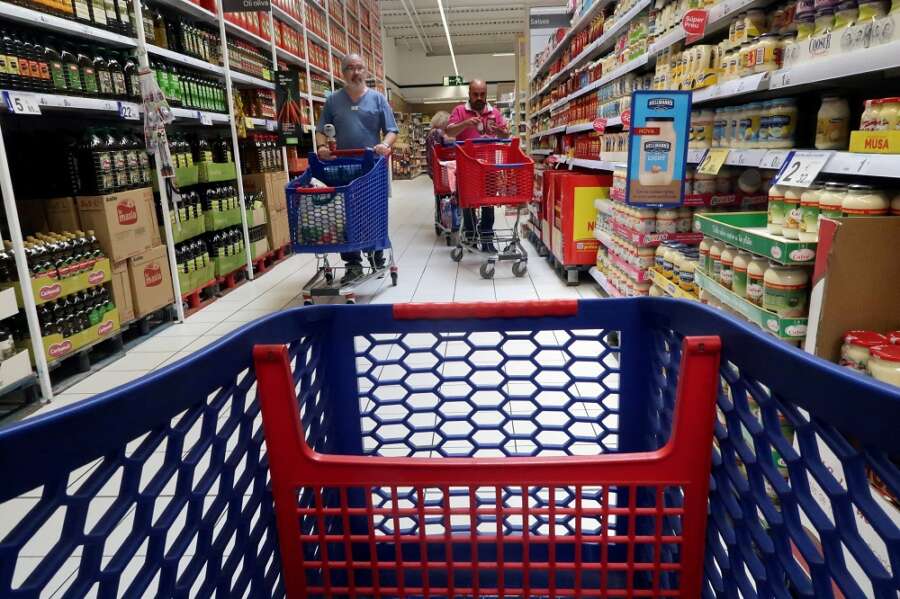 MADRID (Reuters) – Spain’s main supermarket chains rejected on Monday a proposal by the left-wing coalition government to temporarily freeze prices of a basic staple basket to ease the pain of high inflation, calling on the government to lower taxes instead.

The proposal, which sought an agreement with retailers to offer fresh products including fish, meat and eggs at a fixed price until January also met scepticism from other business groups and opposition politicians who view the move as price regulation.

Labour Minister Yolanda Diaz and Consumer Minister Alberto Garzon, who championed the idea, on Monday met with the sector to explain the proposal which they consider “legal and based on the competition principle”.

But retailers said they already had many discounts in place and were making “an extraordinary effort” to avoid passing on rising costs, such as energy, to consumers as much as possible.

The three business associations in the meeting represent the majority of the sector, with companies such as Carrefour, Alcampo, the Auchan brand in Spain, El Corte Inglés or Mercadona, the leading supermarket chain in Spain with a 25% market share.

“If you try to set a fixed shopping cart price, you are trying to distort the relations between the retail companies themselves and the suppliers,” head of the National Association of Large Distribution Companies (ANGED), Javier Millan-Astray, told reporters after the meeting.

“It’s inevitable that there will be an increase, but you can’t kill the messenger,” he added.

With annual inflation clocking 10.3% in August, Spaniards have become increasingly concerned about the cost of living.

According to a recent poll by the AECAC association of manufacturers and distributors, 65% of consumers give more importance to price than other factors when shopping and 63% hunt for discounts.

Instead, the sector suggests that the government reduce value-added tax on some products.

“We have asked minister Garzon to say today which food products have to be taxed at 21%, and which should be taxed at 10% or at 4%,” said Ignacio Garcia-Magarzo, head of supermarket association ASEDAS.

Last week, French retailer Carrefour said it would offer Spanish consumers a basket of 30 staples for 30 euros, but that was before the government’s proposal and did not include fresh products the administration wants on the list.