Home Technology  Speeding up business IoT adoption with low-code
Our website publishes news, press releases, opinion and advertorials on various financial organizations, products and services which are commissioned from various Companies, Organizations, PR agencies, Bloggers etc. These commissioned articles are commercial in nature. This is not to be considered as financial advice and should be considered only for information purposes. It does not reflect the views or opinion of our website and is not to be considered an endorsement or a recommendation. We cannot guarantee the accuracy or applicability of any information provided with respect to your individual or personal circumstances. Please seek Professional advice from a qualified professional before making any financial decisions. We link to various third-party websites, affiliate sales networks, and to our advertising partners websites. When you view or click on certain links available on our articles, our partners may compensate us for displaying the content to you or make a purchase or fill a form. This will not incur any additional charges to you. To make things simpler for you to identity or distinguish advertised or sponsored articles or links, you may consider all articles or links hosted on our site as a commercial article placement. We will not be responsible for any loss you may suffer as a result of any omission or inaccuracy on the website.
Technology 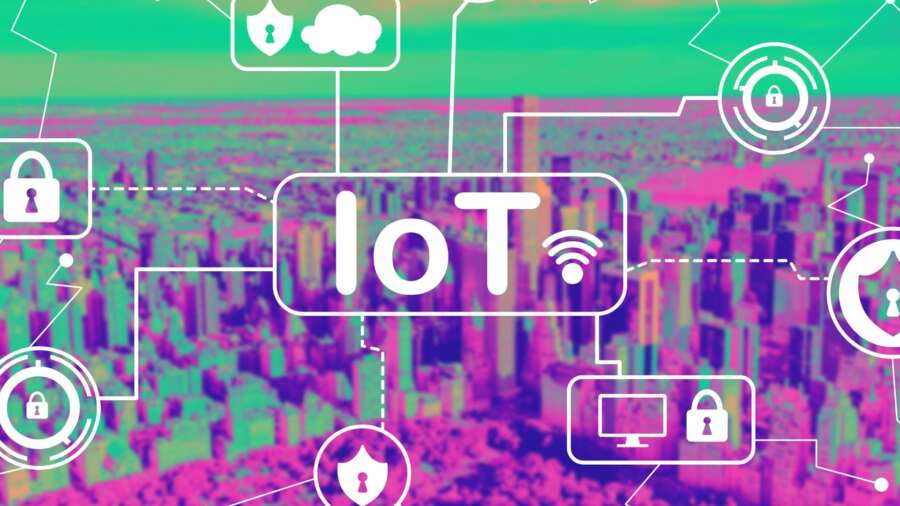 By Nick Ford, VP product marketing and community at Mendix

The Internet of Things (IoT) is having another moment in the sun. I say another because over the years IoT has had a few of them: from the early days when a self-stocking a smart fridge sounded like something we all needed, to much grander promises of smart cities that could function like clockwork.

In recent years, however, IoT has gained a much more grounded reputation as an enabler of industry. IoT lets businesses harness the data they create through sensors and actuators. With a combination of predictive analytics and AI technology, organizations can optimize operations and create more context-aware experiences for customers and staff.

While this has given CIOs and other IT professionals a much clearer case for proposing the technology, the main problem with IoT adoption is now the practical difficulties of getting IoT apps to work together.

The problem is, even though IoT has been around for a few years, the technology still has a very bespoke quality.

IoT devices rely on a combination of disparate pieces of hardware and software which need to work in harmony with one another. But because IoT software hasn’t been standardized, it can be very difficult to get different combinations to work together unless they have been created by the same company.

This leaves businesses with the choice of either being locked-in with a single vendor and living at the whim of their capabilities (and prices), or spending hours in custom development simply to make IoT apps compatible with one another – something that requires developers with very hard-to-find skills.

And even if you manage to make those custom developments to your IoT apps, like most smartphone apps, they’re on a regular upgrade cycle – so the software powering them is constantly changing. This means that just because your devices are compatible today, there’s no guarantee they will be in the future.

Because of these inherent difficulties of combining different IoT apps together, many organizations end up limiting the technology’s use to areas of the business where clear benefits offset complications, such as in fleet management or in medical devices.

As a result, many businesses have been unable to enjoy the full spectrum of capabilities IoT has to offer. The limitations they put on the technology also limits the business’ opportunities to generate revenue, while also reducing its potential to streamline operations or improve productivity.

What business IoT needs is a way to take out that complexity – a layer which they can sandwich in-between their IoT apps that will enable them to work together easily, regardless of the device or the standard each app has been built on.

This is where low-code platforms come in. Low-code provides businesses with the perfect solution to getting around all the complexities that come with trying to combine different IoT apps together. Low-code is platform agnostic – this means the approach gives developers a sandbox wherein they can create any IoT application and ensure it will work with all the others already in place.

What really makes low-code special is the time it saves in application development. We all know how arduous and time-intensive creating an app through traditional methods can be. Low-code, on the other hand, is based on a visual language which simply requires one to drag and drop elements of an application.

This significantly reduces the amount of time needed to create an application from weeks or months to days . So, for developers who are usually struggling to deliver on the numerous priorities they’re laden with, low-code can be revolutionary.

A low-code way of life

Low-code is so straightforward that it has the potential to open the door to a broader range of developers in an organization. Despite the constant reports that the digital skills gap is growing, I don’t actually believe this is true – we just lack the right digital mindset.

It’s very easy to get fixated on the wrong skills. Low-code reduces the technical requirements necessary to create applications, meaning that it has the potential to empower non-technical staff to sit down with developers and not only collaborate more effectively, but even learn these skills, despite not having the traditional technical background.

Ultimately, this means more applications can be created rapidly through wider collaboration, improving the work-lives of developers, expanding the knowledge base of non-technical staff, all while optimizing the business’ operations in the ways only IoT can.