Home Headlines Stellantis aims to boost recycled material content in vehicles
Our website publishes news, press releases, opinion and advertorials on various financial organizations, products and services which are commissioned from various Companies, Organizations, PR agencies, Bloggers etc. These commissioned articles are commercial in nature. This is not to be considered as financial advice and should be considered only for information purposes. It does not reflect the views or opinion of our website and is not to be considered an endorsement or a recommendation. We cannot guarantee the accuracy or applicability of any information provided with respect to your individual or personal circumstances. Please seek Professional advice from a qualified professional before making any financial decisions. We link to various third-party websites, affiliate sales networks, and to our advertising partners websites. When you view or click on certain links available on our articles, our partners may compensate us for displaying the content to you or make a purchase or fill a form. This will not incur any additional charges to you. To make things simpler for you to identity or distinguish advertised or sponsored articles or links, you may consider all articles or links hosted on our site as a commercial article placement. We will not be responsible for any loss you may suffer as a result of any omission or inaccuracy on the website.
Headlines 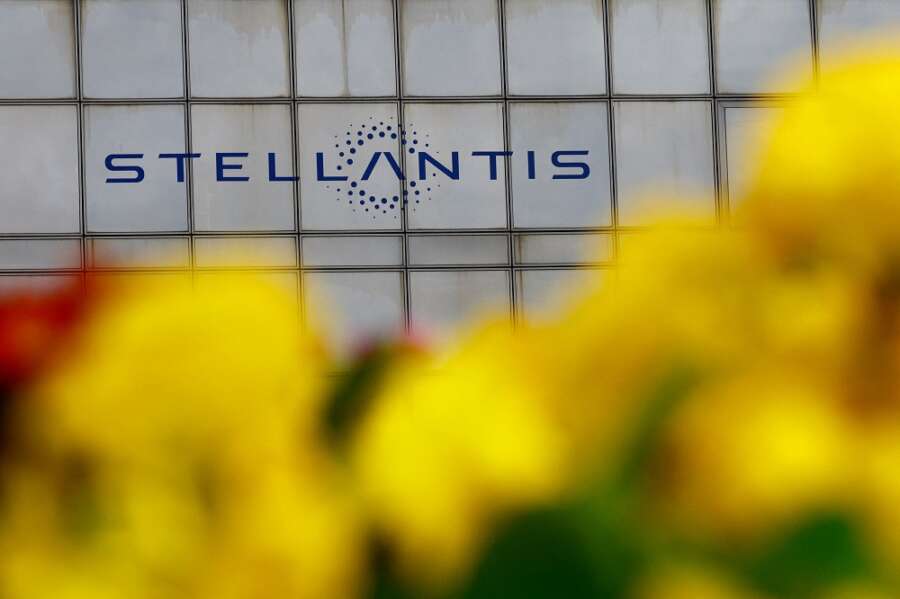 MILAN (Reuters) -Stellantis will look to upgrade its medium-term target for the minimum percentage of recycled material in its vehicles from 35%, the carmaker’s Senior Vice President Global Circular Economy Alison Jones said on Tuesday.

In its business plan, Stellantis has set a goal to boost revenues of its recycling business ten-fold to over 2 billion euros ($1.9 billion) by 2030. It also aims to quadruple revenues from extended-life parts and services.

“We talk about having a minimum target of 35% of recycled materials in our vehicles, it will vary by vehicles,” Jones said.

“Of course we’ll look to increase that, because we want to make sure we take more material and put it back in our vehicles going forward,” she added, without specifying what the percentage might rise to.

Presenting Stellantis’s Circular Economy business at on online press conference, Jones said the project – based on “reman”, “repair”, “reuse” and “recycle” – would help the group meet its carbon net zero target set for 2038.

It will also help the world’s fourth largest carmaker to keep prices lower as the shift to electrification often means more expensive vehicles, and cope with potential prolonged shortages of raw materials in its supply chain.

CEO Carlos Tavares has said scarcity of raw materials will continue in the next decade, adding it is a key task for the carmaker to extend the life of materials it uses.

“We’re focused on having the entire circular loop working, so we have those materials in our loop and we’re not subject to fluctuations in material prices,” Jones said.

She added Stellantis’ “remanufactured” components were typically 10% to 30% cheaper than original ones, thanks to the reduced use of raw materials and energy.

Jones said the development of the circular economy business could lead to M&A deals as Stellantis looks to increase its range of skills and expertise, as well as developing them in-house.

Stellantis has picked the Mirafiori complex in Turin to launch its main circular economy hub next year, focusing on reconditioning and dismantling vehicles and reusing components.

Circular economy hubs will run alongside “local loops”, allowing products and materials to remain within countries and speeding up the business.