Home Headlines Sterling collapses as investors fly into dollars
Our website publishes news, press releases, opinion and advertorials on various financial organizations, products and services which are commissioned from various Companies, Organizations, PR agencies, Bloggers etc. These commissioned articles are commercial in nature. This is not to be considered as financial advice and should be considered only for information purposes. It does not reflect the views or opinion of our website and is not to be considered an endorsement or a recommendation. We cannot guarantee the accuracy or applicability of any information provided with respect to your individual or personal circumstances. Please seek Professional advice from a qualified professional before making any financial decisions. We link to various third-party websites, affiliate sales networks, and to our advertising partners websites. When you view or click on certain links available on our articles, our partners may compensate us for displaying the content to you or make a purchase or fill a form. This will not incur any additional charges to you. To make things simpler for you to identity or distinguish advertised or sponsored articles or links, you may consider all articles or links hosted on our site as a commercial article placement. We will not be responsible for any loss you may suffer as a result of any omission or inaccuracy on the website.
Headlines 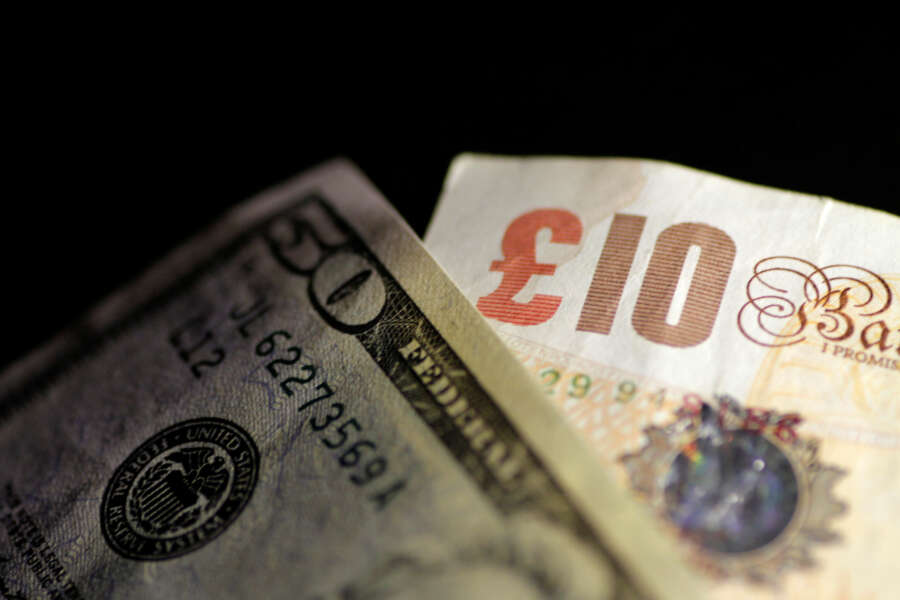 SYDNEY (Reuters) – Sterling slumped to a record low on Monday, prompting speculation of an emergency response from the Bank of England, as confidence evaporated in Britain’s plan to borrow its way out of trouble, with spooked investors piling in to U.S. dollars.

The pound plunged nearly 5% at one point to $1.0327, breaking below 1985 lows. Moves were exacerbated by thinner liquidity in the Asia session, but even after stumbling back to $1.05 the currency is still down some 7% in just two sessions.

“You’ve got to buy the dollar as a risk off-trade. There is nowhere else to go,” said Rabobank strategist Michael Every in Singapore.

“The BOE are going to have to step in today, surely, at which point everyone’s going to end up with massively higher mortgage rates to try and stabilise sterling.”

The collapse sent the dollar higher broadly and it hit multi-year peaks on the Aussie, kiwi and yuan and a new 20-year top of $0.9528 per euro.

In stocks, MSCI’s broadest index of Asia-Pacific shares outside Japan was down 1% to a two-year low. It is heading for a monthly loss of 11%, the largest since March 2020. Japan’s Nikkei fell 2.2%.

Last week, stocks and bonds crumbled after the United States and half a dozen other countries raised rates and projected pain ahead. Japan intervened in currency trade to support the yen. Investors lost confidence in Britain’s economic management.

Gilts suffered their heaviest selling in three decades on Friday and on Monday the pound made a 37-year low at $1.0765 as investors reckon planned tax cuts will stretch government finances to the limit. [GB/]

Five-year gilt yields rose 94 basis points last week, by far the biggest weekly jump recorded in Refinitiv data stretching back to the mid 1980s. Treasuries tanked as well last week, with two-year yields up 35 bps to 4.2140% and benchmark 10-year yields up 25 bps to 3.6970%. [US/]

In Italy, a right-wing alliance led by Giorgia Meloni’s Brothers of Italy party was on course for a clear majority in the next parliament, as expected. Some took heart from a middling performance by eurosceptics The League.

“I expect relatively little impact considering that the League, the party with the least pro-European stance, seems to have come out weak,” said Giuseppe Sersale, fund manager and strategist at Anthilia in Milan.

Oil and gold steadied after drops against the rising dollar last week. Gold hit a more-than two-year low on Friday and bought $1,643 an ounce on Monday. Brent crude futures sat at $86.29.[GOL/][O/R]