Our website publishes news, press releases, opinion and advertorials on various financial organizations, products and services which are commissioned from various Companies, Organizations, PR agencies, Bloggers etc. These commissioned articles are commercial in nature. This is not to be considered as financial advice and should be considered only for information purposes. It does not reflect the views or opinion of our website and is not to be considered an endorsement or a recommendation. We cannot guarantee the accuracy or applicability of any information provided with respect to your individual or personal circumstances. Please seek Professional advice from a qualified professional before making any financial decisions. We link to various third-party websites, affiliate sales networks, and to our advertising partners websites. When you view or click on certain links available on our articles, our partners may compensate us for displaying the content to you or make a purchase or fill a form. This will not incur any additional charges to you. To make things simpler for you to identity or distinguish advertised or sponsored articles or links, you may consider all articles or links hosted on our site as a commercial article placement. We will not be responsible for any loss you may suffer as a result of any omission or inaccuracy on the website.
Home News Sterling erases post-BoE gains as Omicron weighs
News 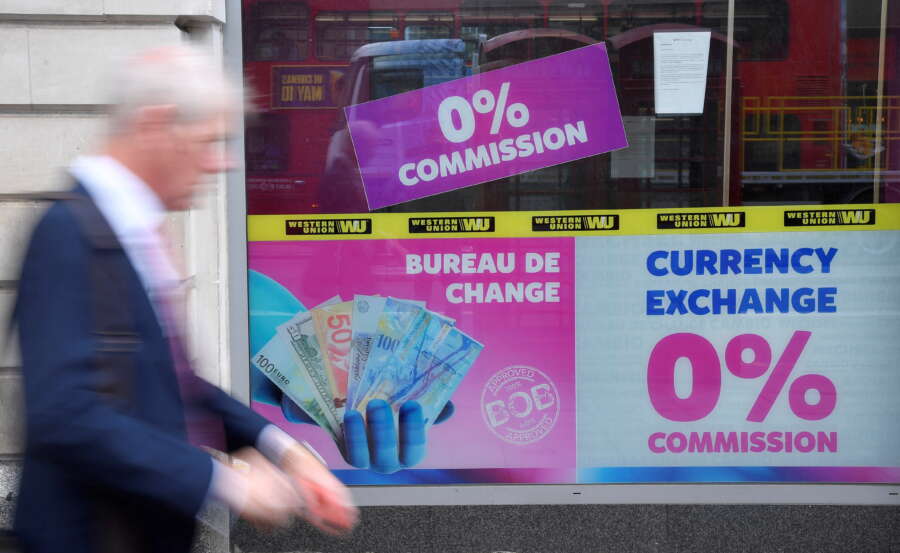 LONDON (Reuters) – The British pound slipped to a three-day low on Monday, nearing $1.32 versus the greenback as a broad risk-off mood swept through financial markets.

Growing doubts about U.S. President Biden’s infrastructure program to see the light of day due to Democrat Joe Manchin’s ‘no’ is prompting a rethink about U.S. growth forecasts for 2022 while surging Omicron cases in Europe are driving worries of potential lockdowns. [L8N2T50V3]

The U.S. dollar was the chief beneficiary from the cautious mood with the British pound also hobbled by negative newsflow on the Brexit front.

At current levels, the pound has erased all its gains sustained on the back of the Bank of England unexpectedly raising interest rates last week.

“Support from the blindsided BoE action in raising rates was only temporary with focus more on Omicron and government disarray,” NAB strategists said.

Britain’s Deputy Prime Minister Dominic Raab said on Monday he couldn’t make any guarantees when asked whether the government would impose further restrictions before Christmas to control the spread of COVID-19.