Home Headlines Sterling little changed after mixed labour market data
Our website publishes news, press releases, opinion and advertorials on various financial organizations, products and services which are commissioned from various Companies, Organizations, PR agencies, Bloggers etc. These commissioned articles are commercial in nature. This is not to be considered as financial advice and should be considered only for information purposes. It does not reflect the views or opinion of our website and is not to be considered an endorsement or a recommendation. We cannot guarantee the accuracy or applicability of any information provided with respect to your individual or personal circumstances. Please seek Professional advice from a qualified professional before making any financial decisions. We link to various third-party websites, affiliate sales networks, and to our advertising partners websites. When you view or click on certain links available on our articles, our partners may compensate us for displaying the content to you or make a purchase or fill a form. This will not incur any additional charges to you. To make things simpler for you to identity or distinguish advertised or sponsored articles or links, you may consider all articles or links hosted on our site as a commercial article placement. We will not be responsible for any loss you may suffer as a result of any omission or inaccuracy on the website.
Headlines 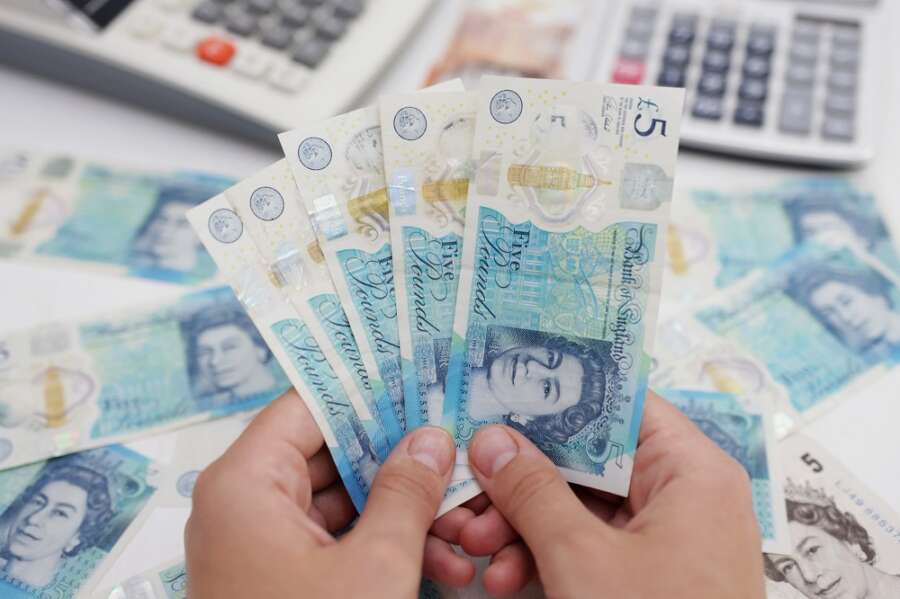 LONDON (Reuters) – The British pound was little changed on Tuesday, having briefly fallen to its lowest level in over a week, after mixed data showed a jobs market that is still hot, although some early signs it may be starting to cool.

Britain’s unemployment rate held close to a half-century low, but the number of people employed grew less than expected in a Reuters poll and the number of job vacancies fell for the first time since mid-2020, the Office for National Statistics (ONS) said.

The Bank of England (BoE) is closely watching labour market data for signs inflationary pressures are cooling, but analysts said the mixed data would be unlikely to move the needle when it comes to the policy decision next month.

“The labour market data was a bit of a mixed bag,” said Michael Brown, head of market intelligence at Caxton.

“I don’t think this is going to impact the Bank of England’s thinking in terms of interest rates,” Brown added, saying he expected another 50 basis point rate rise in September.

Money markets are currently pricing in around an 83% chance of a second consecutive 50 basis point hike from the BoE next month, little changed from before the data.

Looking ahead, focus is likely to turn to Wednesday’s inflation figures for July for clues on the BoE’s next move.

The headline consumer price index is forecast to have increased to 9.8% in July, although the BoE expects a peak later in the year above 13% amid soaring energy prices.