Home Headlines Stocks lose ground, Treasury yields climb after inflation data
Our website publishes news, press releases, opinion and advertorials on various financial organizations, products and services which are commissioned from various Companies, Organizations, PR agencies, Bloggers etc. These commissioned articles are commercial in nature. This is not to be considered as financial advice and should be considered only for information purposes. It does not reflect the views or opinion of our website and is not to be considered an endorsement or a recommendation. We cannot guarantee the accuracy or applicability of any information provided with respect to your individual or personal circumstances. Please seek Professional advice from a qualified professional before making any financial decisions. We link to various third-party websites, affiliate sales networks, and to our advertising partners websites. When you view or click on certain links available on our articles, our partners may compensate us for displaying the content to you or make a purchase or fill a form. This will not incur any additional charges to you. To make things simpler for you to identity or distinguish advertised or sponsored articles or links, you may consider all articles or links hosted on our site as a commercial article placement. We will not be responsible for any loss you may suffer as a result of any omission or inaccuracy on the website.
Headlines 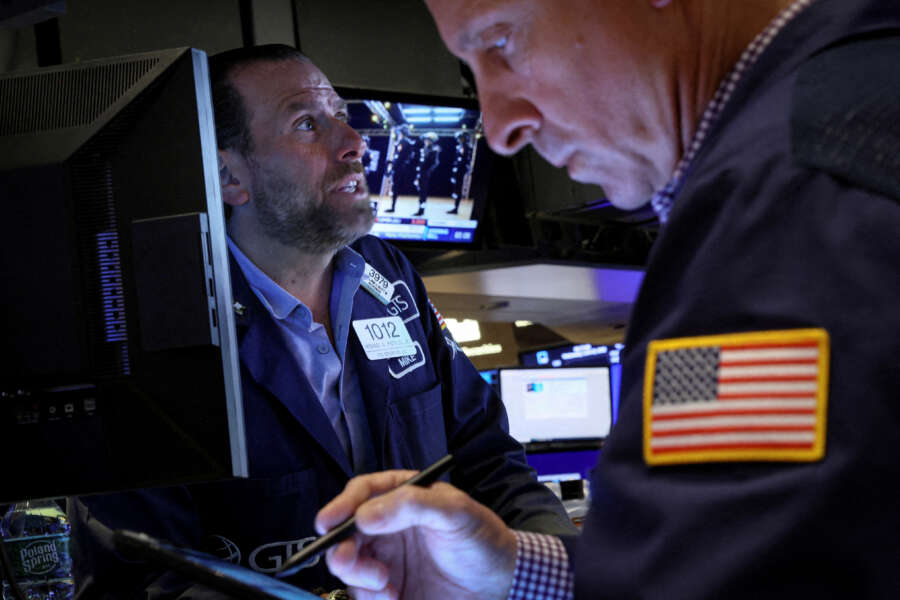 NEW YORK (Reuters) – The S&P 500 and Nasdaq finished in the red while Treasury yields rose as investors digested signs of cooling U.S. inflation and hopes the Federal Reserve could slow interest rate hikes against warnings that the battle with rising prices was far from over.

Thursday’s data showed U.S. producer prices (PPI) unexpectedly fell in July amid a drop in the cost of energy products. This followed Wednesday’s surprise news that consumer prices (CPI) were unchanged in July due to a drop in gasoline prices.

But Saluzzi cautioned that this was a “one month data point.”

“You’d still like to see a trend next month and see it’s not necessarily just energy. You want to see other prices coming down. It’s still early in the game,” Saluzzi added.

After adding more than 2% on Wednesday and rising more than 1% to a three-month high earlier on Thursday, the S&P turned red in afternoon trading and Nasdaq turned negative.

“It was a better CPI print (Wednesday) than expected and a better PPI print (Thursday) morning than forecasted by analysts. So it fit that theme, that peak inflation has occurred as energy continues to decline,” said George Catrambone, head of Americas trading at DWS Group. “But I would be concerned about a head fake.”

Robert Phipps, a director at Per Stirling Capital Management in Austin, Texas, expects the Fed to be cautious about slowing the tightening cycle until inflation shows more improvement.

“The Fed’s learned their lesson. They’re not going to take their foot off the brakes until it’s obvious to everybody that inflation is returning to their 2% target,” Phipps said.

San Francisco Fed President Mary Daly, in an interview with the Financial Times, earlier said that it was far too early for the central bank to declare victory in its fight against inflation and that a half-percentage point rate rise in September was her baseline.

The dollar, which fell 1% on Wednesday on the prospect of a more dovish Fed, pared losses on Thursday after likely gaining some support from the Fed officials’ commentary.

In Treasuries, 10-year note yields hit a more than two-week high as investors in that market bet that the Fed would press on with rate hikes since inflation, while showing signs of abating, remained high.

“Even if they’re seeing slowing inflation and a slowing of the economy, they will still hike rates. Why? Because inflation still has an 8% handle on it. It’s still far too high,” said Padhraic Garvey, regional head of research, Americas at ING.

In commodities, oil settled higher after the International Energy Agency raised its oil demand growth forecast for 2022 as soaring natural gas prices lead some consumers to switch to oil. [O/R]