Home Business Stocks steady on hopes for diplomacy in Ukraine
Our website publishes news, press releases, opinion and advertorials on various financial organizations, products and services which are commissioned from various Companies, Organizations, PR agencies, Bloggers etc. These commissioned articles are commercial in nature. This is not to be considered as financial advice and should be considered only for information purposes. It does not reflect the views or opinion of our website and is not to be considered an endorsement or a recommendation. We cannot guarantee the accuracy or applicability of any information provided with respect to your individual or personal circumstances. Please seek Professional advice from a qualified professional before making any financial decisions. We link to various third-party websites, affiliate sales networks, and to our advertising partners websites. When you view or click on certain links available on our articles, our partners may compensate us for displaying the content to you or make a purchase or fill a form. This will not incur any additional charges to you. To make things simpler for you to identity or distinguish advertised or sponsored articles or links, you may consider all articles or links hosted on our site as a commercial article placement. We will not be responsible for any loss you may suffer as a result of any omission or inaccuracy on the website.
Business

Stocks steady on hopes for diplomacy in Ukraine 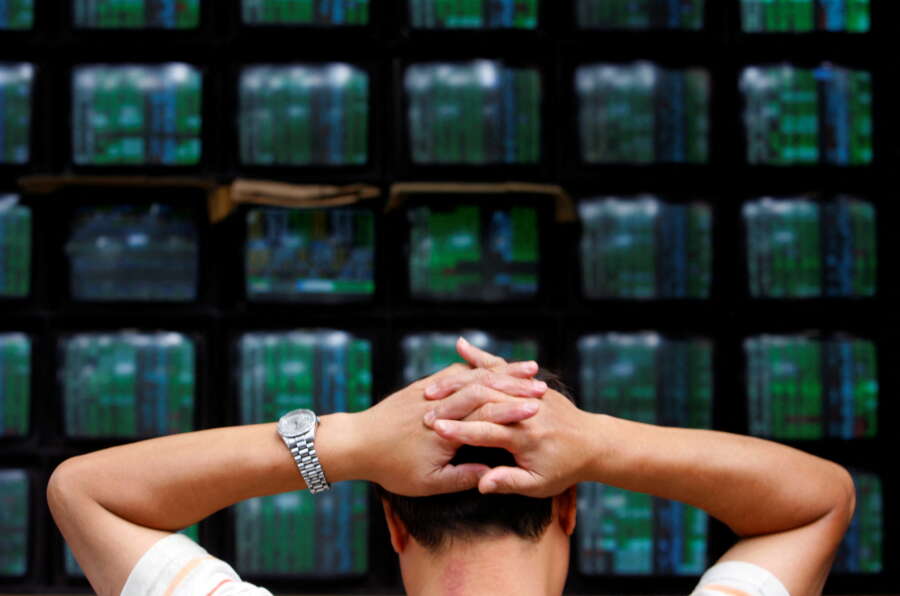 SINGAPORE (Reuters) – U.S. stock futures bounced on Friday and selling pressure eased in Asian share markets after the U.S. Secretary of State agreed to a meeting with Russia’s foreign minister, raising hopes for a diplomatic solution to the East-West standoff over Ukraine.

S&P 500 futures jumped 0.5% on the news and Nasdaq futures rose 0.6%. MSCI’s broadest index of Asia shares outside Japan was last down 0.5%, but markets in Tokyo, Hong Kong, Sydney and Seoul all pared deeper morning losses.[.T][.HK][.KS][.AX]

“It’s better news than what we had yesterday,” said Kyle Rodda, an analyst at IG Markets in Melbourne. “But we’ve seen diplomatic talks go nowhere before, and the troops are still on the border, so risks remain.”

Wall Street had taken a dive overnight, with the S&P 500 dropping 2.1% and the Nasdaq off 2.9% – while gold shot to an eight-month peak – on renewed U.S. warnings of an imminent Russian invasion.

Investors fear a wider war as one of the deepest crises in post-Cold War relations plays out, with Russia wanting security guarantees, including Ukraine’s never joining NATO.

Overnight, safe-haven currencies such as the Japanese yen and Swiss franc climbed to two-week highs on the dollar and they retreated a little bit in Asia trade. [FRX/]

Concern about conflict in Ukraine comes with markets already rattled by a rates outlook that could hold as many as seven Federal Reserve increases in the year ahead.

St. Louis Fed president James Bullard on Thursday reiterated his call for the Fed funds rate to be raised to 1% by July to combat stubbornly high inflation and Fed funds futures price about a 1/3 chance of a 50 bps hike next month to begin.

Cleveland Fed President Loretta Mester said the pace of hikes will need to be faster than previous cycles.

“The consensus seems to range between 5 (our view) and 7 (every meeting) hikes and I do believe the right number lays somewhere in between. Given the strong growth trend and elevated inflation, it wouldn’t be too surprising to see a hike at every meeting from now on,” Nevruzi said.

On Friday, Japan reported a fifth straight month of inflation, with energy prices posting their biggest annual rise in 41 years.

(This story corrects to add dropped word in paragraph 3)

How businesses can use telecommunications to increase employee productivity whilst working remotely/hybrid?