Home Finance Stocks tumble on inflation fears, Treasury yields jump
Our website publishes news, press releases, opinion and advertorials on various financial organizations, products and services which are commissioned from various Companies, Organizations, PR agencies, Bloggers etc. These commissioned articles are commercial in nature. This is not to be considered as financial advice and should be considered only for information purposes. It does not reflect the views or opinion of our website and is not to be considered an endorsement or a recommendation. We cannot guarantee the accuracy or applicability of any information provided with respect to your individual or personal circumstances. Please seek Professional advice from a qualified professional before making any financial decisions. We link to various third-party websites, affiliate sales networks, and to our advertising partners websites. When you view or click on certain links available on our articles, our partners may compensate us for displaying the content to you or make a purchase or fill a form. This will not incur any additional charges to you. To make things simpler for you to identity or distinguish advertised or sponsored articles or links, you may consider all articles or links hosted on our site as a commercial article placement. We will not be responsible for any loss you may suffer as a result of any omission or inaccuracy on the website.
Finance 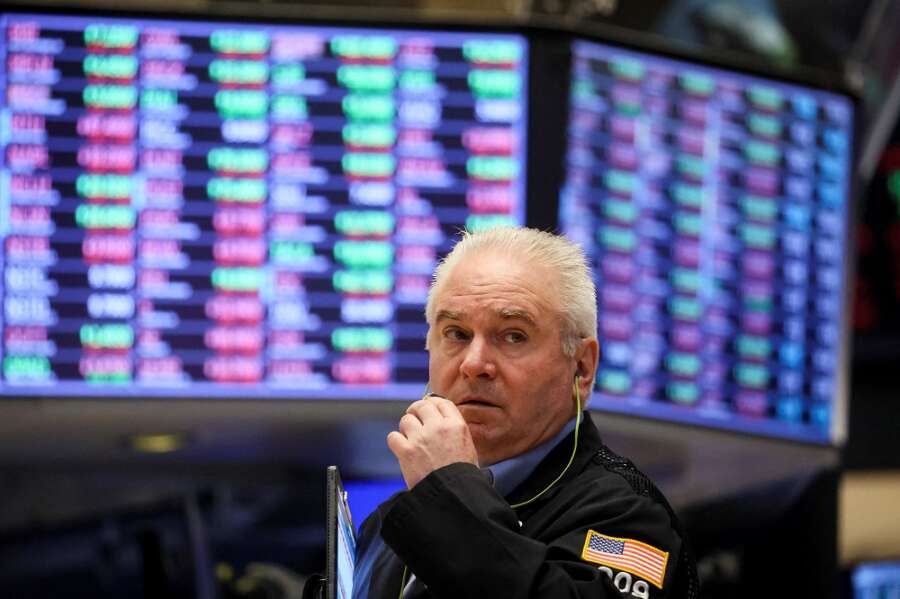 By Herbert Lash and Marc Jones

NEW YORK/LONDON (Reuters) – U.S. Treasury yields rose and a gauge of global equity markets slumped on Thursday, erasing much of the prior day’s relief rally, as investors worry central banks around the world need to aggressively tackle high inflation as growth slows.

A sharp decline on Wall Street snuffed a rally in European stocks as fears of a recession, as the Bank of England suggested after it hiked rates, squashed enthusiasm from Federal Reserve Chair Jerome Powell’s remarks on Wednesday. He said policymakers were not considering 75 basis-point moves in the future.

The yield on 10-year Treasury notes rose 16.9 basis points to 3.084%, while inflation-hedge gold bounced higher after Powell also emphasized risks to the economy from soaring inflation.

Markets will remain volatile until there is a clear picture on Fed rate policy and its trajectory later this year, he said.

Investors are “worried that when we get to the back half of this year, the Fed is going to be so aggressive with raising interest rates that they’re going to take the economy into a recession.”

Britain’s pound and government bond yields fell sharply after the BoE raised rates to their highest since 2009 and warned the UK economy was at risk of recession.

“The German economy is programmed for a downturn,” said Thomas Gitzel, chief economist at VP Bank.

“The war in Ukraine, the supply chain problems and high rates of inflation are spoiling companies’ appetite for investment,” he said, adding that a recession was becoming increasingly likely.

The dollar index rose 1.131%, rebounding after falling sharply on Wednesday following the Fed’s rate hike. It is up more than 7% so far this year. [/FRX]

Oil prices rose as a stronger dollar offset supply concerns after the European Union’s plans for new sanctions against Russia, including an embargo on crude in six months. Traders noted OPEC+ again rebuffed consumer calls for a faster pace of output rises.