Our website publishes news, press releases, opinion and advertorials on various financial organizations, products and services which are commissioned from various Companies, Organizations, PR agencies, Bloggers etc. These commissioned articles are commercial in nature. This is not to be considered as financial advice and should be considered only for information purposes. It does not reflect the views or opinion of our website and is not to be considered an endorsement or a recommendation. We cannot guarantee the accuracy or applicability of any information provided with respect to your individual or personal circumstances. Please seek Professional advice from a qualified professional before making any financial decisions. We link to various third-party websites, affiliate sales networks, and to our advertising partners websites. When you view or click on certain links available on our articles, our partners may compensate us for displaying the content to you or make a purchase or fill a form. This will not incur any additional charges to you. To make things simpler for you to identity or distinguish advertised or sponsored articles or links, you may consider all articles or links hosted on our site as a commercial article placement. We will not be responsible for any loss you may suffer as a result of any omission or inaccuracy on the website.
Home Finance Tackling the UK Gender Pensions Gap 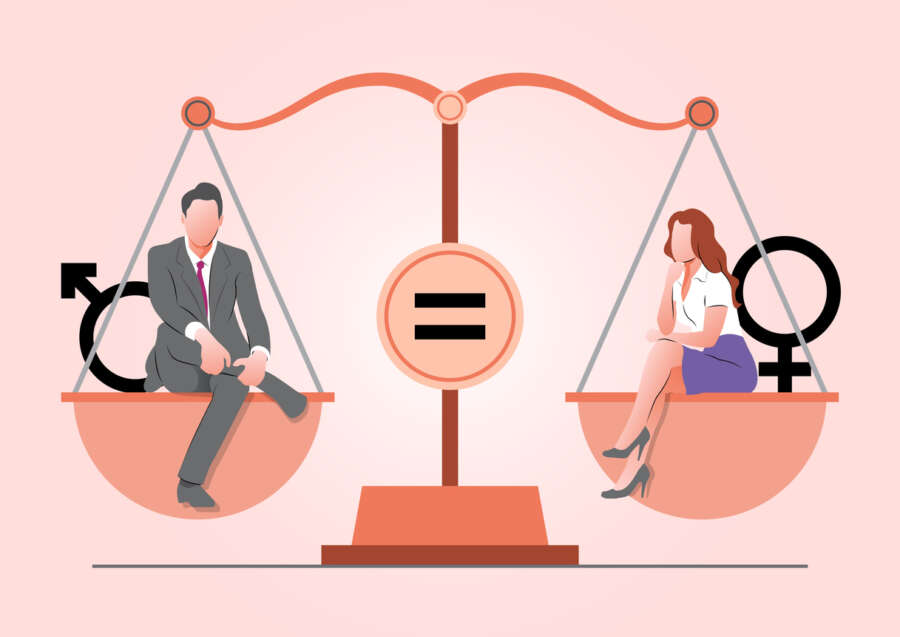 Is it time for a more radical approach to closing the gender pensions gap?

The gender pensions gap is a striking feature of the UK pensions system. It is apparent in the youngest workers and grows as people age. The average man aged 65 to 74 today has over £250,000 of pension assets, compared to less than £150,000 for women.

And whilst there has been progress, particularly in closing the State Pension gender gap and in equalising participation rates through auto-enrolment, we are kidding ourselves if we think this will be enough to close the gap without further action.

One of the main causes of the gender pensions gap is the gender pay gap, with median weekly full time pay for men 17% higher than it is for women.

Closing the pay gap will go some way towards closing the pension gap. However, this will take too long to help many women currently in the workforce. So, is it time to think outside the box to close the gender pension gap? Here are ten ideas to consider, from the obvious to the radical.

1 – Use HMRC data so that the £10,000 auto-enrolment threshold applies across all jobs, not for each employment. 38% of women work part-time, compared to just 13% of men so this measure would secure auto-enrolment pension contributions for those (the majority of whom are women) who have two part time jobs adding up to more than £10,000 a year.

2 – Implement the change proposed in the 2017 review for auto-enrolment contributions to be calculated from the first £1 earned rather than the current threshold of £6,240 per year. This would help low earners and part-time workers benefit from employers’ automatic enrolment contributions.

3 – Simplify the current system where those earning less than £10,000 a year can ask to be auto-enrolled and then benefit from an employer contribution on annual earnings above £6,240. Replacing the £10,000 threshold with a monetary de-minimis limit on contributions plus tax relief at source on all auto-enrolment contributions would create a fairer system.

4 – Reporting: One way the gender pay gap has been reduced is the reporting requirement for all employers with more than 250 employees. We should do the same thing for the gender pension gap, including an action plan. This could be extended to reporting on scheme and regulatory returns so it becomes a key reporting metric with league tables of schemes and employers.

7 – More radical is the Pensions Policy Institute’s proposal of a contribution top up for non-earning carers by the State, based on the minimum wage, to target this issue at source and boost women’s pension outcomes. This sounds expensive but could be paid for by a small adjustment to pensions tax relief.

8 – Pension assets rarely get shared on divorce and this means that divorced women as a whole have private pensions wealth of 55% of the population average. A pension share should be the default in any court proceedings. Schemes could also raise awareness by quoting indicative pension-share values available in the event of a divorce on annual statements.

9 – We should give consideration as to how the pension dashboard can help. This could be through linking, combining, or providing a joint pension dashboard for couples, highlighting survivors’ as well as members’ pension figures. We could also address the divorce issue by illustrating the potential value of a 50% share/split on divorce to both parties’ pensions on the dashboard.

10 – Finally, and perhaps the most radical suggestion, a ‘couple’s pension’. Amend the pensions tax and auto-enrolment rules to allow a special class of master trust, into which both parties (and their employers) pay and where the pot then provides benefits to each party equally.