Our website publishes news, press releases, opinion and advertorials on various financial organizations, products and services which are commissioned from various Companies, Organizations, PR agencies, Bloggers etc. These commissioned articles are commercial in nature. This is not to be considered as financial advice and should be considered only for information purposes. It does not reflect the views or opinion of our website and is not to be considered an endorsement or a recommendation. We cannot guarantee the accuracy or applicability of any information provided with respect to your individual or personal circumstances. Please seek Professional advice from a qualified professional before making any financial decisions. We link to various third-party websites, affiliate sales networks, and to our advertising partners websites. When you view or click on certain links available on our articles, our partners may compensate us for displaying the content to you or make a purchase or fill a form. This will not incur any additional charges to you. To make things simpler for you to identity or distinguish advertised or sponsored articles or links, you may consider all articles or links hosted on our site as a commercial article placement. We will not be responsible for any loss you may suffer as a result of any omission or inaccuracy on the website.
Home Headlines Taiwan calls on Germany to help maintain ‘regional order’ 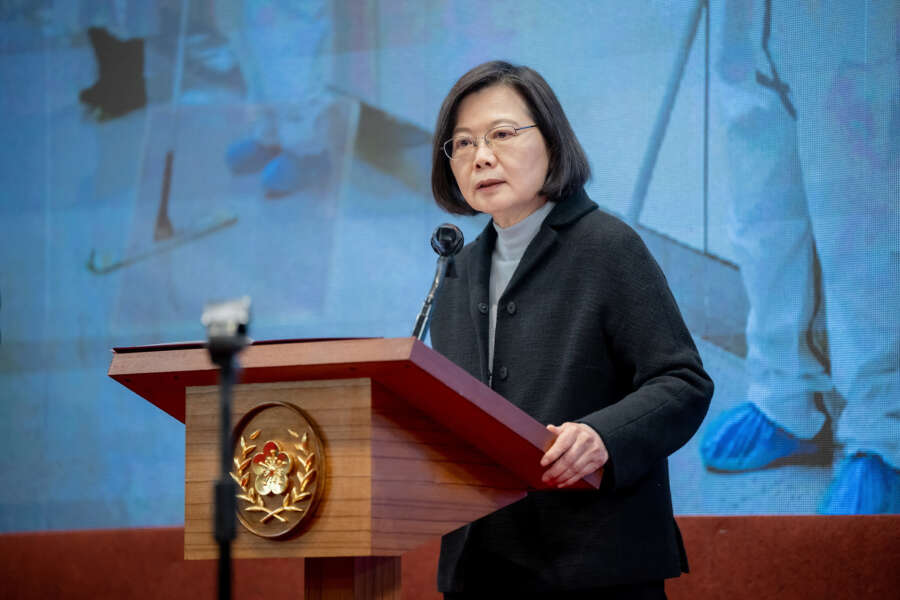 TAIPEI (Reuters) – Taiwan President Tsai Ing-wen called on Germany on Tuesday to help maintain “regional order” during a meeting with senior German lawmakers who are visiting the island on a trip that Beijing has condemned.

Taiwan, which China claims as its own territory, has been heartened by support from Western democratic allies in the face of stepped-up Chinese military threats, including war games staged by China near the island in August.

Meeting the lawmakers at the presidential office, Tsai said that in the face of “authoritarian expansionism”, democracies must stand together.

“Starting next year, Taiwan’s mandatory military service will be extended to one year. This will bolster our defence capabilities and demonstrate our determination to defend our homeland and safeguard democracy,” she said, referring to an announcement last month.

“We look forward to Taiwan, Germany and other democratic partners jointly maintaining the regional order and prosperity.”

While Germany, like most countries, has no formal diplomatic ties with Taiwan, Berlin is working on a new strategy taking a more sober look at its relations with China and aiming to reduce its dependence on Asia’s economic superpower.

Russia’s invasion of Ukraine was a wake up call for the whole world, Strack-Zimmermann said.

“That’s the reason why we come to your country, to your wonderful island, to say (to) the world that we stand close together as democratic states,” she added.

China has expressed anger at the trip, with its foreign ministry on Monday alluding to Germany’s World War Two past.

“We want to point out that the root cause of the Taiwan issue stems precisely from the law of the jungle, hegemony, colonialism and militarism that were once rampant in the world. China was deeply impacted by that. Germany has a deep and tragic historical lesson in that,” Foreign Ministry spokesman Wang Wenbin said.

Cryptoverse: Bitcoin digs in for a bumpy new year