Home Business The race to $5 trillion – which of the biggest companies will hit this milestone and when?
Our website publishes news, press releases, opinion and advertorials on various financial organizations, products and services which are commissioned from various Companies, Organizations, PR agencies, Bloggers etc. These commissioned articles are commercial in nature. This is not to be considered as financial advice and should be considered only for information purposes. It does not reflect the views or opinion of our website and is not to be considered an endorsement or a recommendation. We cannot guarantee the accuracy or applicability of any information provided with respect to your individual or personal circumstances. Please seek Professional advice from a qualified professional before making any financial decisions. We link to various third-party websites, affiliate sales networks, and to our advertising partners websites. When you view or click on certain links available on our articles, our partners may compensate us for displaying the content to you or make a purchase or fill a form. This will not incur any additional charges to you. To make things simpler for you to identity or distinguish advertised or sponsored articles or links, you may consider all articles or links hosted on our site as a commercial article placement. We will not be responsible for any loss you may suffer as a result of any omission or inaccuracy on the website.
Business

The race to $5 trillion – which of the biggest companies will hit this milestone and when? 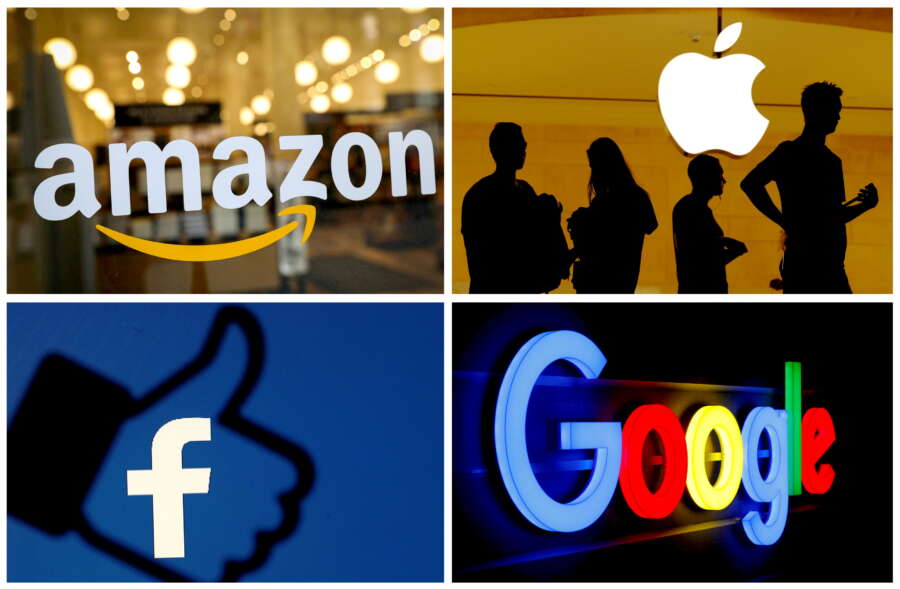 With Apple becoming the first U.S. company to reach $3 trillion market cap at the start of this year, you may be wondering who’s next, perhaps Tesla, Microsoft, or Amazon?

Using historical market capitalisation data, new research from XTB.com has forecasted which of 2021’s biggest companies are most likely to hit this milestone and when.

Companies likely to hit 5 trillion and when

It may come as no surprise that Apple is predicted to be the first company to hit the $5 trillion market cap goal and is on track to do so before this current decade ends, in 2028. Next are both Microsoft and Amazon, who look to reach this in 2035.

After that, there is a longer period to wait until the next few are expected to achieve this feat, with both Tesla and NVIDIA forecasted to hit the milestone in 2066 and TSMC in 2078. According to the data, the final two companies are Tencent Holdings in 2083 and UnitedHealth Group with just a decade to spare in 2090.

Taking this further, of these giant companies there are a few which may hit $10 trillion in market cap before the century is over. The forecasted data predicts that Apple will do so first in 2043, followed by Amazon around 2055 and then Microsoft in 2057.

Perhaps you’re wondering about some of the other largest companies in 2021 and where they might stand before the end of the century?

Kweichow Moutai just misses out on being part of the $5 trillion club, with an estimated market capitalisation of $4.7 trillion by 2100. Other household names, including Berkshire Hathaway and Visa, are even further behind at $3.9 trillion.

What may come as a surprise is the likes of Walmart and Procter & Gamble are not even halfway there with $2 trillion, and Walt Disney only slightly ahead at $2.1 trillion.

While this forecasted data is simply an estimate and doesn’t account for all other potential factors, such as market fluctuations, inflation rate, and variations in existing FX rates, it’s clear that some of the biggest companies in the world might hit these mammoth milestones sooner than expected.

To find out more about the research, please visit: https://www.xtb.com/en/the-race-to-5-trillion-kb

The initial list of the top 100 largest companies in the world in 2021 based on market capitalisation was taken from Statista.
Historical data for each company was then gathered for the period of 2010-2021* from companiesmarketcap.com.**

Excel’s forecast function was used to pull in data recording when each company may reach a market capitalisation of $10 trillion. Data generated is a linear forecast and doesn’t account for possible future fluctuations in the market or previous/future inflation rate changes. The valuations also assume no change in existing FX rates.

*Where full historical market cap data from period of 2010-2021 was unavailable, these companies were not included in the final analysis. This includes – Saudi Aramco, Alphabet, Facebook aka Meta, Alibaba Group, PayPal, Meituan, AbbVie, and AIA Group.

**All information correct as per companiesmarketcap.com as of 18th January 2021.

Close to 3 million have fled fighting in Ukraine