Home Headlines Trump held in contempt for not complying with subpoena in business probe
Our website publishes news, press releases, opinion and advertorials on various financial organizations, products and services which are commissioned from various Companies, Organizations, PR agencies, Bloggers etc. These commissioned articles are commercial in nature. This is not to be considered as financial advice and should be considered only for information purposes. It does not reflect the views or opinion of our website and is not to be considered an endorsement or a recommendation. We cannot guarantee the accuracy or applicability of any information provided with respect to your individual or personal circumstances. Please seek Professional advice from a qualified professional before making any financial decisions. We link to various third-party websites, affiliate sales networks, and to our advertising partners websites. When you view or click on certain links available on our articles, our partners may compensate us for displaying the content to you or make a purchase or fill a form. This will not incur any additional charges to you. To make things simpler for you to identity or distinguish advertised or sponsored articles or links, you may consider all articles or links hosted on our site as a commercial article placement. We will not be responsible for any loss you may suffer as a result of any omission or inaccuracy on the website.
Headlines 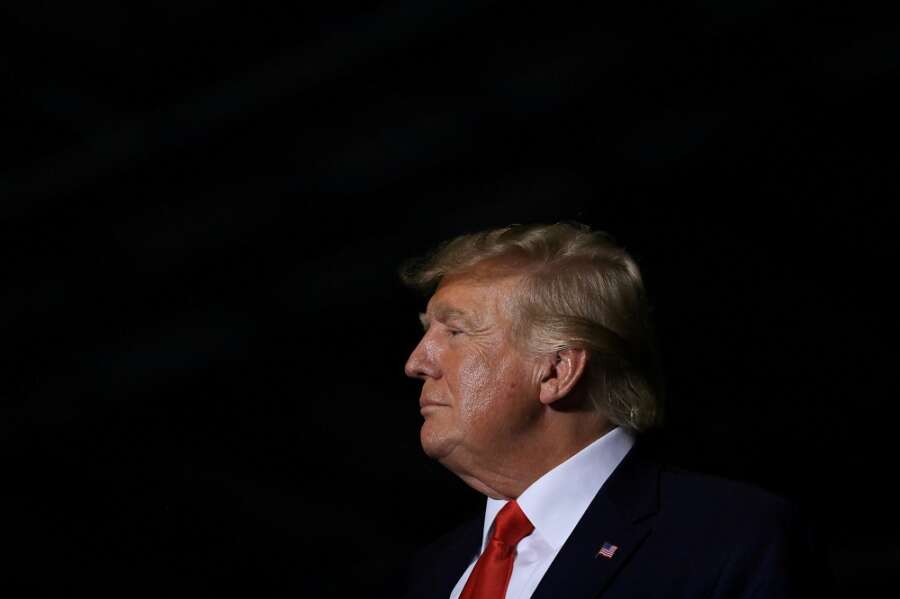 By Luc Cohen and Karen Freifeld

(Reuters) -A New York judge on Monday held former President Donald Trump in contempt of court for not producing documents subpoenaed in the state attorney general’s civil probe of his business practices, and ordered Trump to be fined $10,000 per day until he complies.

Trump lost a bid to quash a subpoena from state Attorney General Letitia James, then failed to produce all the documents by a court-ordered March 3 deadline, later extended to March 31 at his lawyers’ request.

Justice Arthur Engoron ruled that a contempt finding was appropriate because of what the judge called “repeated failures” to hand over materials and because it was not clear Trump had conducted a complete search for responsive documents.

“Mr. Trump … I know you take your business seriously, and I take mine seriously. I hereby hold you in civil contempt,” the judge said, although Trump himself was not in the courtroom.

Trump intends to appeal the contempt ruling, said his attorney Alina Habba. “We respectfully disagree with the court’s decision,” Habba said in a statement.

Andrew Amer, special litigation counsel with the attorney general’s office, said during the hearing the $10,000-a-day fine was meant to coerce Trump into complying with the subpoena, not punish him.

During the hearing, Habba said Trump did indeed comply with the subpoena, but that he did not have any documents responsive to James’ request. Engoron said she would have to submit a detailed affidavit about her search through Trump’s records in order to be in compliance with the subpoena.

Should Trump fail to pay the fine, he could be jailed, according to Sarah Krissoff, a New York lawyer not involved in the case, though she said that such a scenario was unlikely and the judge could opt for other remedies such as increasing the amount of the fine.

James is investigating whether the Trump Organization, the former president’s New York City-based family company, misstated the values of its real estate properties to obtain favorable loans and tax deductions.

Trump, a Republican, denies wrongdoing and has called the investigation politically motivated. James is a Democrat.

James has said her probe had found “significant evidence” suggesting that for more than a decade the company’s financial statements “relied on misleading asset valuations and other misrepresentations to secure economic benefits.”

The attorney general has questioned how the Trump Organization valued the Trump brand, as well as properties including golf clubs in New York and Scotland and Trump’s own penthouse apartment in Midtown Manhattan’s Trump Tower.