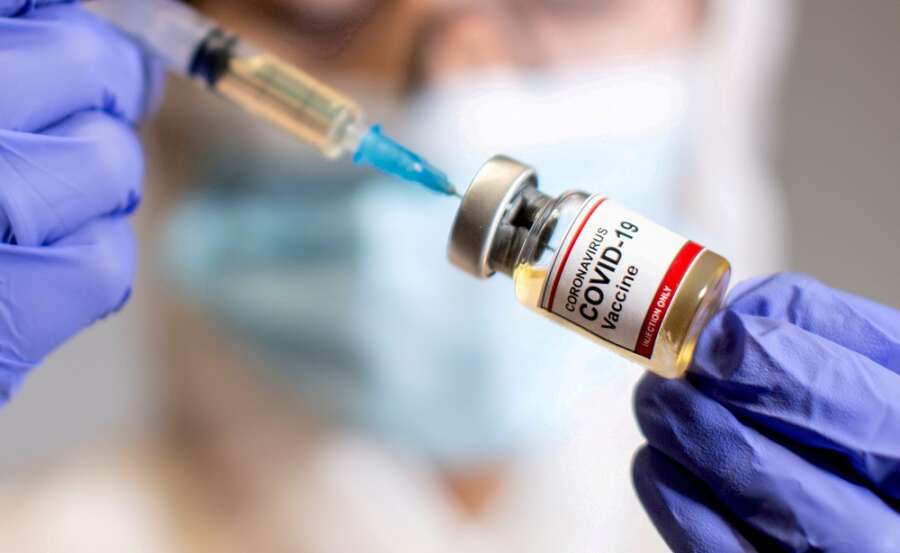 By Susan Heavey and Jeff Mason

WASHINGTON (Reuters) -The United States has donated over 110 million doses of COVID-19 vaccines to more than 60 countries so far, the White House said on Tuesday, as the world grapples with the fast-spreading Delta variant of the coronavirus.

President Joe Biden will announce the donation tally later on Tuesday, the White House said in a statement, calling the donations “a major milestone” in the pandemic fight.

Biden, who is scheduled to deliver remarks on efforts to combat the novel coronavirus at 3:45 p.m. ET (1945 GMT), had earlier pledged to donate at least 80 million COVID-19 vaccine doses worldwide.

“Today’s announcement is a fulfillment of his promise and a significant downpayment on hundreds of millions of more doses that the U.S. will deliver in the coming weeks,” the White House said in a statement, adding that the majority of doses were shared via COVAX, an international program aimed at helping developing countries access COVID-19 vaccines.

Advocates believe the United States could be sharing even more.

“We could give away lots of what we have and still be fine,” said Gregg Gonsalves, assistant professor of epidemiology of microbial diseases at the Yale School of Public Health.

Helping the rest of the world would benefit the United States in its domestic fight as well, he added.

“If we don’t control it everywhere, we’re not gong to control it anywhere,” Gonsalves said.

U.S. Centers for Disease Control and Prevention Director Dr. Rochelle Walensky told reporters on Monday that, as of Saturday, there were about 72,000 new cases per day of COVID-19 in the United States, a 44% increase over the previous week and higher than the peak in the summer of 2020.

The race to inoculate the global population has taken on a new urgency as the more easily transmitted Delta variant strengthens its hold in the United States and abroad, leading to increased hospitalizations and deaths, the vast majority among the unvaccinated.

COVAX, backed by the World Health Organization (WHO) and the Global Alliance for Vaccines and Immunization, seeks to secure 2 billion COVID-19 vaccine doses for countries in need by the year’s end.

In June, a WHO official said many nations did not have enough doses to continue vaccination efforts or had simply run out.

The White House on Tuesday said it would work with COVAX and other regional partners to ensure the donated vaccines were equitably delivered.

January 7, 2022
Editorial & Advertiser disclosureEditorial & Advertiser disclosureOur website provides you with information, news, press releases, Opinion and advertorials on various financial products and services. This is not to be considered as financial advice and should be considered only for information purposes. We cannot guarantee the accuracy or applicability of any information provided with respect to your individual or personal circumstances. Please seek Professional advice from a qualified professional before making any financial decisions. We link to various third party websites, affiliate sales networks, and may link to our advertising partners websites. Though we are tied up with various advertising and affiliate networks, this does not affect our analysis or opinion. When you view or click on certain links available on our articles, our partners may compensate us for displaying the content to you, or make a purchase or fill a form. This will not incur any additional charges to you. To make things simpler for you to identity or distinguish sponsored articles or links, you may consider all articles or links hosted on our site as a partner endorsed link.