Home Headlines UK factories suffer worst month since May 2020 as economy stumbles – PMI
Our website publishes news, press releases, opinion and advertorials on various financial organizations, products and services which are commissioned from various Companies, Organizations, PR agencies, Bloggers etc. These commissioned articles are commercial in nature. This is not to be considered as financial advice and should be considered only for information purposes. It does not reflect the views or opinion of our website and is not to be considered an endorsement or a recommendation. We cannot guarantee the accuracy or applicability of any information provided with respect to your individual or personal circumstances. Please seek Professional advice from a qualified professional before making any financial decisions. We link to various third-party websites, affiliate sales networks, and to our advertising partners websites. When you view or click on certain links available on our articles, our partners may compensate us for displaying the content to you or make a purchase or fill a form. This will not incur any additional charges to you. To make things simpler for you to identity or distinguish advertised or sponsored articles or links, you may consider all articles or links hosted on our site as a commercial article placement. We will not be responsible for any loss you may suffer as a result of any omission or inaccuracy on the website.
Headlines 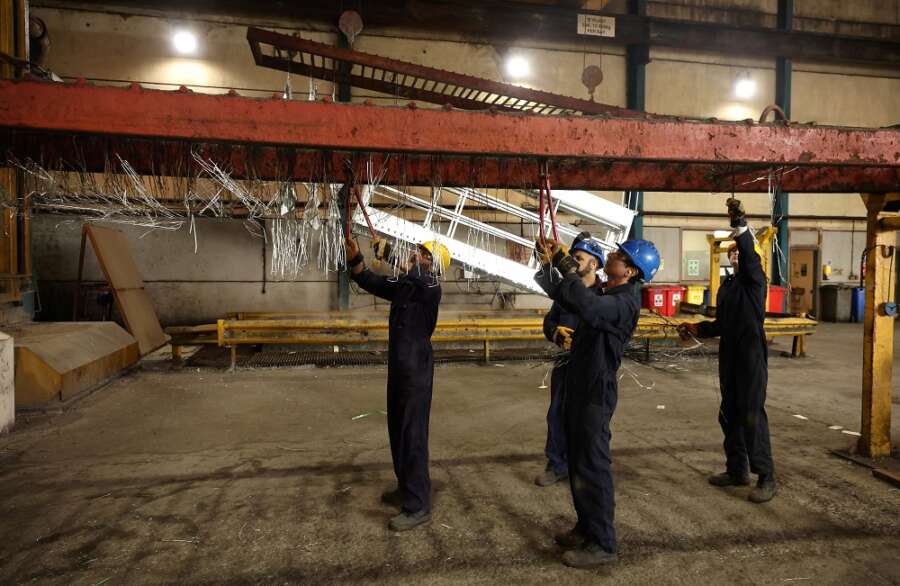 LONDON (Reuters) – British manufacturing output and new orders fell by the most in more than two years in August in the face of deepening uncertainty about surging inflation and the risk of recession at home and abroad, a survey showed on Thursday.

The S&P Global/CIPS UK Manufacturing Purchasing Managers’ Index (PMI) dropped to 47.3 from 52.1 in July although the final reading was less weak than a “flash” estimate of 46.0.

The headline figure and the survey’s measure of new business were both at their lowest since May 2020, when Britain was in the grip of its first coronavirus lockdown.

S&P Global said orders from key markets such as the United States, the European Union and China were down, compounding problems from port congestion and supply chains that date from the coronavirus pandemic, and complications related to Brexit.

But there were some potentially comforting signs for the Bank of England, which has raised interest rates six times since December to try to stop the surge in inflation from becoming a long-term problem for Britain’s economy.

The rise in input costs for factories – such as containers, electronics, energy, packaging, raw materials and transportation – remained above average but it was the weakest increase since November 2020.

Selling price inflation also eased off, according to the survey, which was conducted between Aug. 12 and Aug. 25.

Tennis-Williams retirement on hold after win over world number two