Home Finance UK Has Second Highest Cases of Credit Card Fraud in Europe
Our website publishes news, press releases, opinion and advertorials on various financial organizations, products and services which are commissioned from various Companies, Organizations, PR agencies, Bloggers etc. These commissioned articles are commercial in nature. This is not to be considered as financial advice and should be considered only for information purposes. It does not reflect the views or opinion of our website and is not to be considered an endorsement or a recommendation. We cannot guarantee the accuracy or applicability of any information provided with respect to your individual or personal circumstances. Please seek Professional advice from a qualified professional before making any financial decisions. We link to various third-party websites, affiliate sales networks, and to our advertising partners websites. When you view or click on certain links available on our articles, our partners may compensate us for displaying the content to you or make a purchase or fill a form. This will not incur any additional charges to you. To make things simpler for you to identity or distinguish advertised or sponsored articles or links, you may consider all articles or links hosted on our site as a commercial article placement. We will not be responsible for any loss you may suffer as a result of any omission or inaccuracy on the website.
Finance 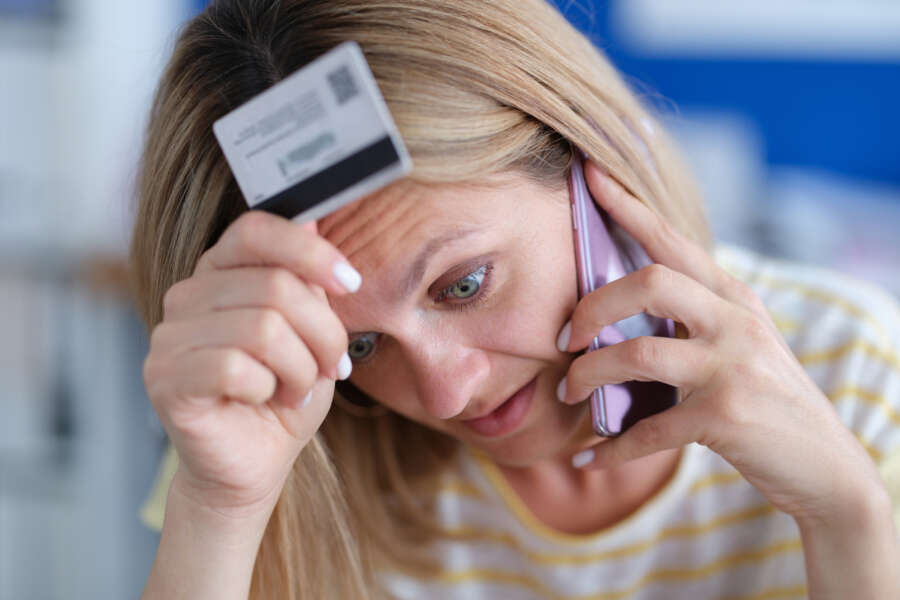 According to a new study conducted by Rosca Technologies, UK households have reported the second highest number of credit card fraud cases in Europe. The study found the average fraud victim in the UK to lose around £8,775.

Ireland came first with the highest value of credit card fraud, followed by the UK and then France, Luxembourg and Malta.

The study observed 19 countries across Europe, analysing the amount of money lost to fraud, as well as the general level of fraud risk and crime prevalence.

It found that nearly a quarter of credit card transactions that take place in Ireland, Europe’s hotspot for credit card fraud, are made across national borders, with more than three-quarter of these serving to be fraudulent. (Source: Limited Company Help)

The findings align with those from the Office for National Statistics, who identified a 25% increase in fraud offenses reaching 4.5 million in the year ending March 2022 from 2020.

The findings of the study come at a time where the UK’s primary self-regulatory body for the banking and lending industry, Lending Standards Board, warns of the dangers of credit card fraud.

CEO of the Lending Standards Board, Emma Lovell, told Yahoo that  “No-one should be out of pocket because of criminal activity. Evidence shows scams impact victims’ mental health, leaving long-lasting feelings of guilt and shame. Reimbursement alone cannot reverse this damage; nor does it reverse the fact that the proceeds of scams often fund organised and other serious crime.

“Relying solely on reimbursement diverts focus from preventing harm and stopping scams in their tracks.”

In 2021, these fraudsters impersonated a range of official organisations such as banks, UK Government departments and even the NHS via phone calls, text messages, emails and fake social media posts so that they could retrieve the personal and financial information of their victims.

There are a number of ways that you can follow to stay safe when using credit cards, especially online where fraud is rife.

These include never leaving your card unattended when paying in-person as someone could copy the details, be wary of phishing scams that are asking for your private financial information as well as never hand over your credit card PIN.

Furthermore, credit card users should regularly review their monthly statements, including keeping an eye out for any unfamiliar or suspicious purchases so that these can be flagged and reported to their credit card provider immediately.

A number of big banks in the UK, including HSBC, First Direct and Barclays are now issuing their customers with blank credit cards. These are said to be more secure in-person than numbered cards that prominently display an individual’s banking information.

Numberless credit cards were first introduced in Europe by the UK payment service company, Curve, in 2020. The cards can serve purpose when an individual believes that they may have lost or had their credit card stolen. Instead of being displayed on their credit card, their payment details are stored on their secure banking app. They are then able to simply generate new details within the app so that the credit card cannot be used by anyone else.

UK’s FTSE 100 gets a lift from commodities as U.S. inflation data looms