Home Headlines UK rapper Knucks shares one Bitcoin with two fans in a UK first in a groundbreaking new event at KOKO London
Our website publishes news, press releases, opinion and advertorials on various financial organizations, products and services which are commissioned from various Companies, Organizations, PR agencies, Bloggers etc. These commissioned articles are commercial in nature. This is not to be considered as financial advice and should be considered only for information purposes. It does not reflect the views or opinion of our website and is not to be considered an endorsement or a recommendation. We cannot guarantee the accuracy or applicability of any information provided with respect to your individual or personal circumstances. Please seek Professional advice from a qualified professional before making any financial decisions. We link to various third-party websites, affiliate sales networks, and to our advertising partners websites. When you view or click on certain links available on our articles, our partners may compensate us for displaying the content to you or make a purchase or fill a form. This will not incur any additional charges to you. To make things simpler for you to identity or distinguish advertised or sponsored articles or links, you may consider all articles or links hosted on our site as a commercial article placement. We will not be responsible for any loss you may suffer as a result of any omission or inaccuracy on the website.
Headlines 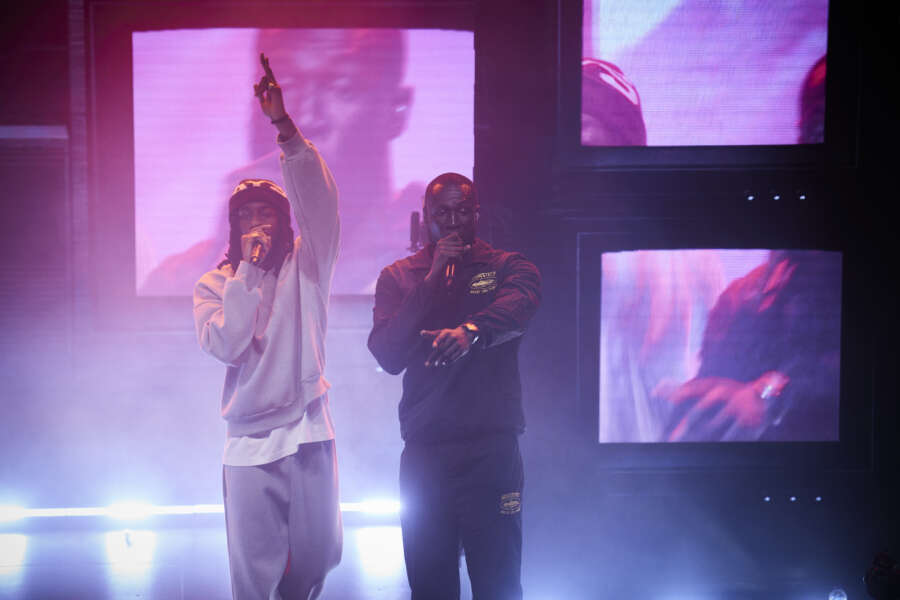 London, Thursday 26 May – Last night, (Wednesday 25th May) in a first for the UK, musician Knucks shared a bitcoin with two of his fans whose wristbands changed colour under the dark lights during a surprise moment in his live show, at the iconic and newly restored Camden music venue, KOKO.  A bitcoin is currently worth £23k.  Loyle Carner and Stormzy joined Knucks on stage at different points during the show.

The innovative bitcoin fan-sharing moment took place in the middle of Knucks’ headline show celebrating his debut album ‘Alpha Place’ which debuted at no 3 in the UK album charts two weeks ago.  Fans were given a wristband on the way into the show not knowing what was going to happen.  Knucks paused the show half way through and announced the bitcoin share with two shocked fans who were brought onto the stage and given a third of a bitcoin plaque to commemorate the moment.

The two fans have the option of cashing in, or using a portion of the prize with Knucks to create a fund together with the artists creating a first of its kind connection, with which they can invest in NFTs and cryptocurrencies.  Luno and Knucks will educate and assist the winner in investing in the crypto space.

The fans in attendance who didn’t win, were given an exclusive, one-off ‘Alpha Place’ merch tee with a QR code loaded with £10 bitcoin from Luno. 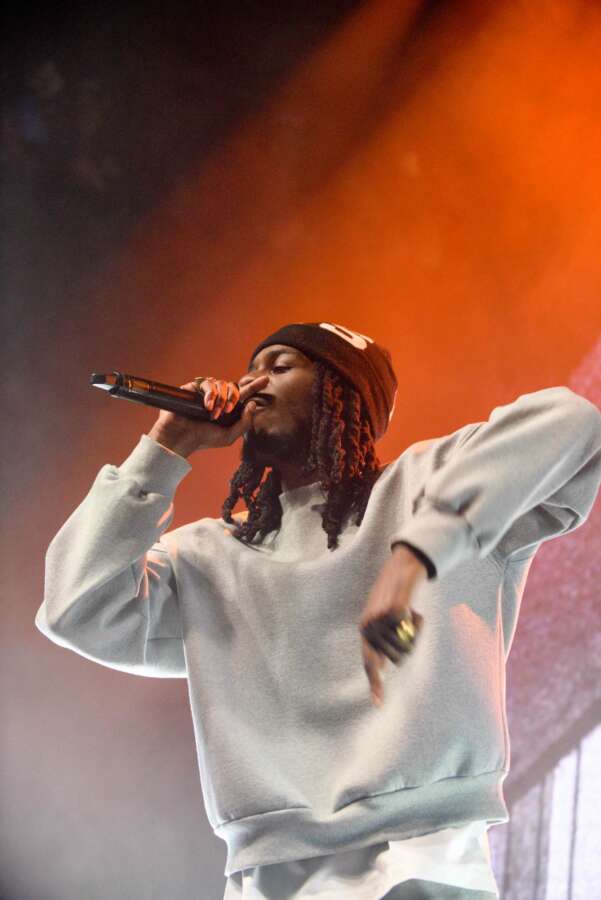 The moment was made possible by KOKO and its new partner, cryptocurrency platform Luno, which is supporting the British music scene and educating the public about the possibilities of cryptocurrency.  Together, KOKO and Luno aim to empower the next generation of artists by creating exciting opportunities through live streaming, digital and blockchain technology.

Luno and KOKO launched a beautifully designed new space within KOKO’s restored theatre called ‘The Luno’ with a state of the art digital gallery, which is where Knucks’ afterparty took place after the show.

Knucks additionally took over KOKO’s new shop, with DJs and exclusive merch during the day of the show.  KOKO reopened its doors on April 28th on a mission to empower musicians of the future and innovate in the music space.  KOKO Studios launched as the brand’s in-house production company, the Knucks show is the Studios’ first major collaboration with an artist, with a live stream and pre and post event content creation.

“The relationship between music and crypto is getting stronger everyday – from Akon and his Akoins to Snoop Doggs’ Death Row Records in the metaverse” said Sam Kopelman, UK manager at Luno.  “At Luno, we want to put the power of crypto in everyone’s hands and music is a great way to showcase the potential of alternative finance.. we are so excited to see Knucks and these two lucky winners share this unique experience and discover more about cryptocurrency together.

Olly Bengough, KOKO’s CEO and Founder said:  “When I was dreaming up what the next chapter in KOKO’s history could be and what could be achieved, this is exactly what I wanted to create.  Knucks showed us a new way of artists connecting with their fans creating moments in music culture that live on forever”