Home Headlines US says Russia plans fake independence votes in seized Ukraine territory
Our website publishes news, press releases, opinion and advertorials on various financial organizations, products and services which are commissioned from various Companies, Organizations, PR agencies, Bloggers etc. These commissioned articles are commercial in nature. This is not to be considered as financial advice and should be considered only for information purposes. It does not reflect the views or opinion of our website and is not to be considered an endorsement or a recommendation. We cannot guarantee the accuracy or applicability of any information provided with respect to your individual or personal circumstances. Please seek Professional advice from a qualified professional before making any financial decisions. We link to various third-party websites, affiliate sales networks, and to our advertising partners websites. When you view or click on certain links available on our articles, our partners may compensate us for displaying the content to you or make a purchase or fill a form. This will not incur any additional charges to you. To make things simpler for you to identity or distinguish advertised or sponsored articles or links, you may consider all articles or links hosted on our site as a commercial article placement. We will not be responsible for any loss you may suffer as a result of any omission or inaccuracy on the website.
Headlines 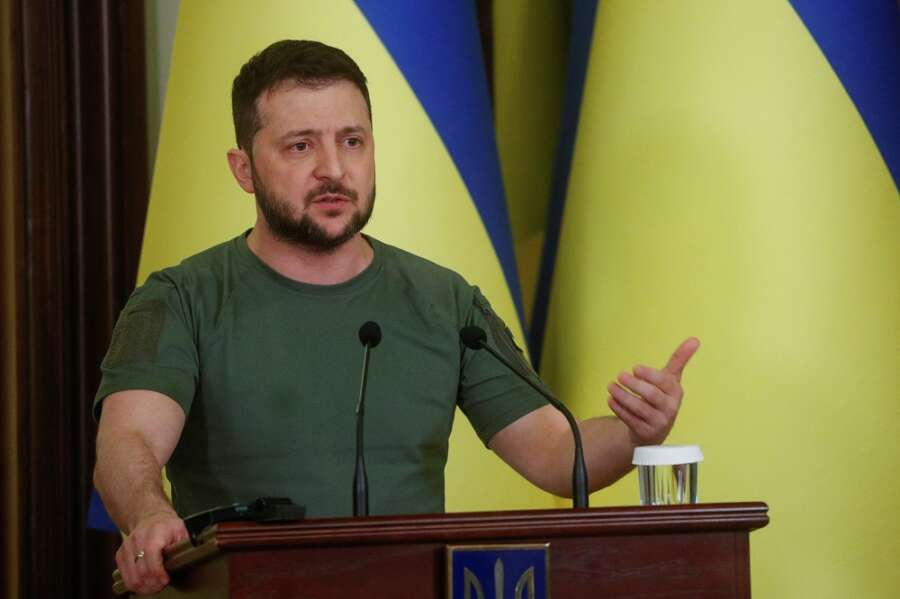 KYIV (Reuters) -The United States accused Russia on Thursday of planning to stage fake independence votes to justify its conquest of territory in Ukraine, as Russian forces stepped up their assault on the east.

More than two months into an invasion that has flattened cities but failed to capture the capital Kyiv, Russia has mounted a push to seize two eastern provinces in a battle the West views as a decisive turning point in the war.

Although Russian troops were pushed out of northern Ukraine last month, they are heavily entrenched in the east, and also still hold a swathe of the south that they seized in March.

The U.S. mission to the OSCE security body said the Kremlin might attempt “sham referenda” in southern and eastern areas it had captured since the Feb. 24 invasion, using “a well-worn playbook that steals from history’s darkest chapters”.

“These falsified, illegitimate referenda will undoubtedly be accompanied by a wave of abuses against those who seek to oppose or undermine Moscow’s plans,” it said. “The international community must make clear that any such referendum will never be recognised as legitimate.”

Ukraine said there were explosions overnight in the southern city of Kherson, the only regional capital Russia has captured so far since the invasion. Russian troops there had used tear gas and stun grenades on Wednesday to suppress pro-Ukrainian crowds, and were now shelling the entire surrounding region and attacking towards Mykolaiv and Kryvyi Rih, Ukraine said.

Russian state media quoted an official from a self-styled pro-Russian “military-civilian commission” in Kherson on Thursday as saying the area would start using Russia’s rouble currency from May 1.

Ukraine’s general staff said Russia was also stepping up its main military assault in the east, where Moscow now aims to seize all of two provinces partially controlled by separatists since 2014.

“The enemy is increasing the pace of the offensive operation. The Russian occupiers are exerting intense fire in almost all directions,” it said.

It identified Russia’s main attack as near the towns of Slobozhanske and Donets, along a strategic frontline highway linking Ukraine’s second-largest city Kharkiv with the Russian-occupied city of Izyum. The Kharkiv regional governor said Russian forces were intensifying attacks from Izyum, but Ukrainian troops were holding their ground.

Western countries have ramped up weapons deliveries to Ukraine in recent days as the fighting in the east has intensified. More than 40 countries met this week at a U.S. air base in Germany and pledged to send heavy arms such as artillery for what is expected to be a vast battle of opposing armies along a heavily fortified front line.

Washington now says it hopes Ukrainian forces can not only repel Russia’s assault on the east, but also weaken its military so that it can no longer threaten neighbours. Russia says that amounts to NATO waging “proxy war” against it, and has made a number of threats this week of unspecified retaliation.

“If someone intends to intervene in the ongoing events from the outside, and create strategic threats for Russia that are unacceptable to us, they should know that our retaliatory strikes will be lightning-fast,” President Vladimir Putin told lawmakers in St Petersburg on Wednesday.

“We have all the tools for this, things no one else can boast of having now. And we will not boast, we will use them if necessary. And I want everyone to know that.”

British Defence Secretary Ben Wallace said Putin’s remarks suggesting he would escalate the conflict were a sign of “desperation”. “Having failed in nearly all his objectives” Putin was now seeking to consolidate Russia’s control of occupied territory, acting as a “cancerous growth” inside Ukraine, Wallace said.

When Russian forces were pushed away from Kyiv last month, they left behind destroyed suburbs strewn with the bodies of hundreds of slain civilians in what Western countries call clear evidence of war crimes. Moscow denies targeting civilians and says, without evidence, that such signs of suspected atrocities are fake.

U.N. Secretary-General Antonio Guterres struck an emotional note during a visit to the formerly Russian-occupied Kyiv suburbs of Borodyanka and Bucha.

“I imagine my family in one of those homes, now destroyed and black. I see my granddaughters running away in panic, part of the family eventually killed,” Guterres told reporters in Borodyanka, surrounded by scorched, windowless apartment blocks.

“Innocent civilians were living in these buildings, they were paying the highest price for a war which they have not contributed to at all.”

Guterres met Putin in Moscow on Wednesday on a failed peace mission. Russia rebuffed the U.N. chief’s offer to help evacuate Mariupol, the besieged port that has been scene of the war’s bloodiest fighting and worst humanitarian catastrophe.

Ukrainian troops are still holed up in a giant steel works in Mariupol. Putin claimed victory in the city last week, ordering the steel works blockaded. Kyiv says 100,000 civilians are still trapped in the city’s ruins.

“As long as we’re here and holding the defence… the city is not theirs,” Captain Sviatoslav Palamar, deputy commander of Ukraine’s Azov Regiment, told Reuters in video link from an undisclosed location beneath the huge factory.

“The tactic (now) is like a medieval siege. We’re encircled, they are no longer throwing lots of forces to break our defensive line. They’re conducting air strikes.”

More than 5 million refugees have fled abroad since Russia launched its “special military operation” in Ukraine on Feb. 24. Moscow says its aim is to disarm its neighbour and defeat nationalists, which the West calls a bogus pretext for a war of aggression.

U.S. President Joe Biden is expected to deliver remarks on Thursday in support of Ukrainians, the White House said.