Why we need to go digital with the development of strategy 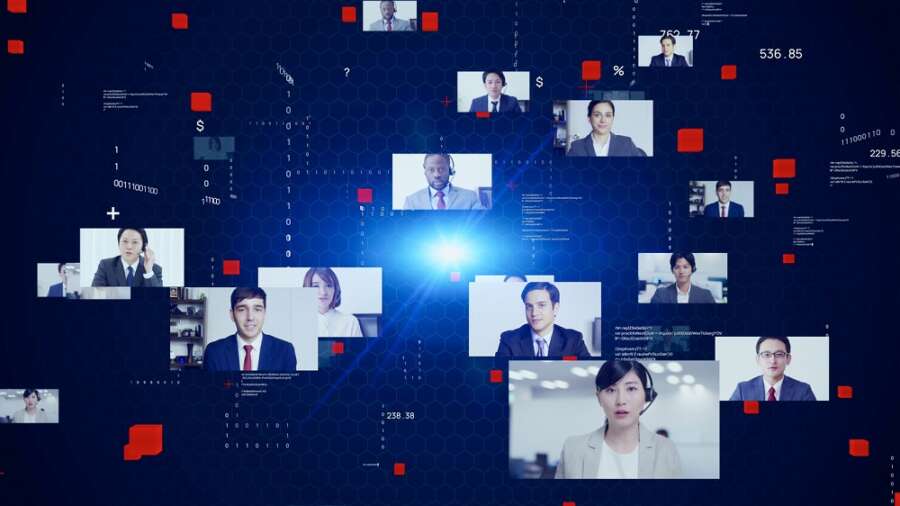 By:  Janice MacLennan, founder of the NMBLR app and CEO of St Clair, a leading life sciences consultancy.

The post-pandemic world has changed the way business works forever. 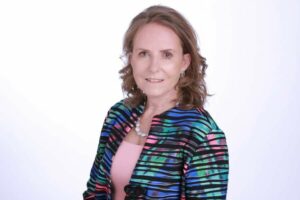 Janice MacLennan, founder of the NMBLR app and CEO of St Clair

Pre-Covid we would hold a two to three day meeting for which people would fly in from all over the world. There would be a flurry of activity in advance of this meeting to gather together the relevant data that we could use as stimulus for our discussions. The team’s contributions would be captured on flipcharts and post-it notes or whiteboards and someone – usually from an external agency – would take responsibility for writing this up after the meeting and taking that content to populate the company’s strategy template.

This powerpoint template would be circulated for comment, refinements and amendments made and eventually – perhaps two to three months later – the final version of the strategy, often watered down, would be sent out to the regions and the countries as the starting point for their local strategy. This would be done by email, or occasionally a presentation followed by e-mail. No traceability of who said what would be offered, nor who contributed what. How we ended up with the strategy we did was not always clear.

Times have changed though, and instead of in-person meetings we now have virtual meetings. We are using tools like Mural and Miro, which mimic the post-it note idea.

Pro’s of a virtual approach:

The risk – the strategy fails because the organisation has not bought into it, they don’t align to it and/or they don’t invest proportionately in it.

Global teams intent is to achieve cross-functional/cross-geography alignment to a strategy that has been informed and shaped by local market insight so that rapid and successful commercialisation of innovative therapies can be achieved.

So what gets in the way?

The sheer amount of information that needs to be considered can present an obstacle to progression of a strategy, as can the number of people versus time allocation. 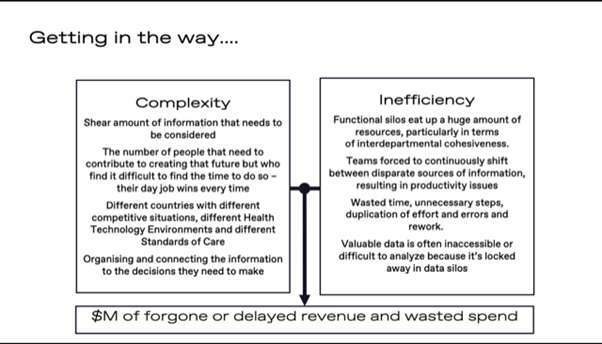 The potential with digitising strategy

Strategy is about shaping the world we want to create by making choices. Digital collaboration enables the ability to invite a broader group of stakeholders to generate a richer set of ideas at each level of the strategy cascade from which strategic choices can be made.

It also provides the ability to embed a deep, structured process that helps the multiple internal stakeholders contributing to the development of a strategy, be more creative, provide visibility around their contributions, and the decisions that are being made.By using a system such as NMBLR which facilitates the development of strategy to successfully commercialise innovative therapies, virtually, on a global scale, we find the ability to navigate and assimilate the wealth of complex data to make informed strategic choices, in an agile way.

Thus it is that platforms such as NMBLR are key to business futures if we want to achieve a fully inclusive and comprehensive strategy when bringing new innovations to market. 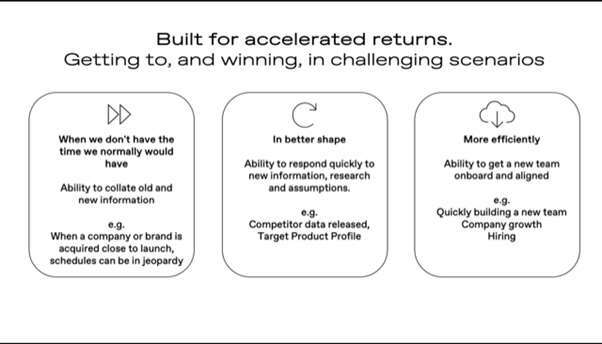 It is also important to take into consideration some of the lower level benefits of working digitally.

Working digitally allows the remote users to engage more, as long as a clear audit trail is created to detail who contributed what and how that impacted the choices being made. It is easier to get a broader set of people to engage when they don’t all have to be in the same room at the same place at the same time.

Over time, this reduces the need for expert facilitation – it is easy to upskill contributors – it is easier to build on thinking, easier to nurture thinking, and creates structure around questions and discussions.

By working remotely but digitally together teams are driven into creativity and collaboration which spurs better thinking and more diverse thinking. By using a platform such as NMBLR global teams can work as if they’re in the same room, but on different continents and in different timezones, enabling them to benefit from input from a more diverse and critical audience.

Right to Work has gone Digital, but what does this mean for hiring?