Home Finance World Bank warns global economy could easily tip into recession in 2023
Our website publishes news, press releases, opinion and advertorials on various financial organizations, products and services which are commissioned from various Companies, Organizations, PR agencies, Bloggers etc. These commissioned articles are commercial in nature. This is not to be considered as financial advice and should be considered only for information purposes. It does not reflect the views or opinion of our website and is not to be considered an endorsement or a recommendation. We cannot guarantee the accuracy or applicability of any information provided with respect to your individual or personal circumstances. Please seek Professional advice from a qualified professional before making any financial decisions. We link to various third-party websites, affiliate sales networks, and to our advertising partners websites. When you view or click on certain links available on our articles, our partners may compensate us for displaying the content to you or make a purchase or fill a form. This will not incur any additional charges to you. To make things simpler for you to identity or distinguish advertised or sponsored articles or links, you may consider all articles or links hosted on our site as a commercial article placement. We will not be responsible for any loss you may suffer as a result of any omission or inaccuracy on the website.
Finance 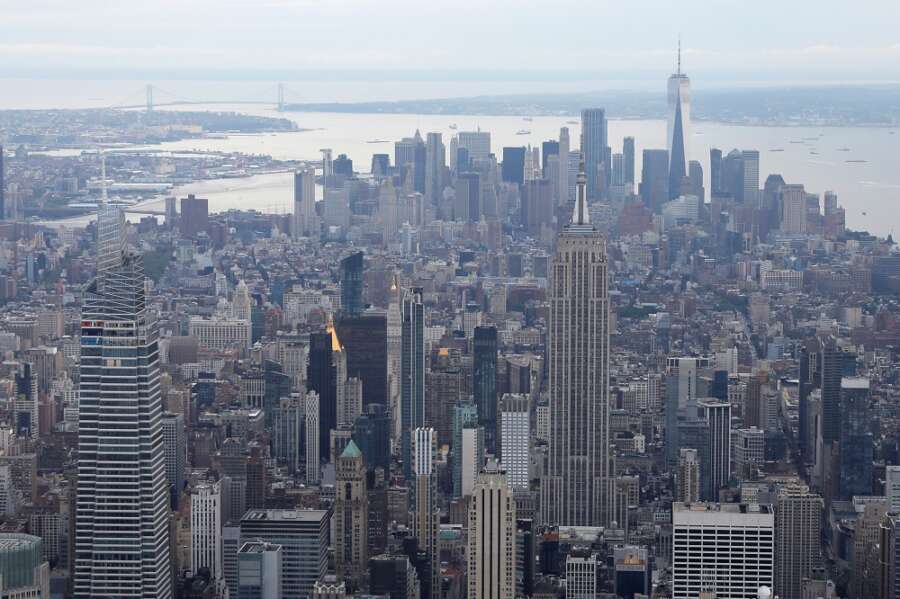 WASHINGTON (Reuters) – The World Bank slashed its 2023 growth forecasts on Tuesday to levels teetering on the brink of recession for many countries as the impact of central bank rate hikes intensifies, Russia’s war in Ukraine continues, and the world’s major economic engines sputter.

The development lender said it now expected global GDP growth of 1.7% in 2023 — the slowest pace outside the 2009 and 2020 recessions in nearly three decades. In its previous Global Economic Prospects report, in June 2022, the bank had forecast 2023 global growth at 3.0%

The bank said major slowdowns in advanced economies, including sharp cuts to its forecast to 0.5% for both the United States and the euro zone, could foreshadow a new global recession less than three years after the last one.

“Given fragile economic conditions, any new adverse development — such as higher-than-expected inflation, abrupt rises in interest rates to contain it, a resurgence of the COVID-19 pandemic or escalating geopolitical tensions — could push the global economy into recession,” the bank said in a statement accompanying the report.

The bleak outlook will be especially hard on emerging market and developing economies, the World Bank said, as they struggle with heavy debt burdens, weak currencies and income growth, and slowing business investment that is now forecast at a 3.5% annual growth rate over the next two years — less than half the pace of the past two decades.

“Weakness in growth and business investment will compound the already devastating reversals in education, health, poverty and infrastructure and the increasing demands from climate change,” World Bank President David Malpass said in a statement.

China’s growth in 2022 slumped to 2.7%, its second slowest pace since the mid-1970s after 2020, as zero-COVID restrictions, property market turmoil and drought hit consumption, production and investment, the World Bank report said. It predicted a rebound to 4.3% for 2023, but that is 0.9 percentage-point below the June forecast due to the severity of COVID disruptions and weakening external demand.

The World Bank noted that some inflationary pressures started to abate as 2022 drew to a close, with lower energy and commodity prices, but warned that risks of new supply disruptions were high, and elevated core inflation may persist. This could cause central banks to respond by raising policy rates by more than currently expected, worsening the global slowdown, it added.

The bank called for increased support from the international community to help low-income countries deal with food and energy shocks, people displaced by conflicts, and a growing risk of debt crises. It said new concessional financing and grants are needed along with the leveraging of private capital and domestic resources to help boost investment in climate adaptation, human capital and health, the report said.

The report comes as the World Bank’s board this week is expected to consider a new “evolution road map” for the institution to vastly expand its lending capacity to address climate change and other global crises. The plan will guide negotiations with shareholders, led by the United States, for the biggest revamp in the bank’s business model since its creation at the end of World War Two.

SMEs under more pressure than ever before, with majority concerned about their survival