Home Headlines Worst not over for EM currencies as U.S. dollar thunders on: Reuters poll
Our website publishes news, press releases, opinion and advertorials on various financial organizations, products and services which are commissioned from various Companies, Organizations, PR agencies, Bloggers etc. These commissioned articles are commercial in nature. This is not to be considered as financial advice and should be considered only for information purposes. It does not reflect the views or opinion of our website and is not to be considered an endorsement or a recommendation. We cannot guarantee the accuracy or applicability of any information provided with respect to your individual or personal circumstances. Please seek Professional advice from a qualified professional before making any financial decisions. We link to various third-party websites, affiliate sales networks, and to our advertising partners websites. When you view or click on certain links available on our articles, our partners may compensate us for displaying the content to you or make a purchase or fill a form. This will not incur any additional charges to you. To make things simpler for you to identity or distinguish advertised or sponsored articles or links, you may consider all articles or links hosted on our site as a commercial article placement. We will not be responsible for any loss you may suffer as a result of any omission or inaccuracy on the website.
Headlines

Worst not over for EM currencies as U.S. dollar thunders on: Reuters poll 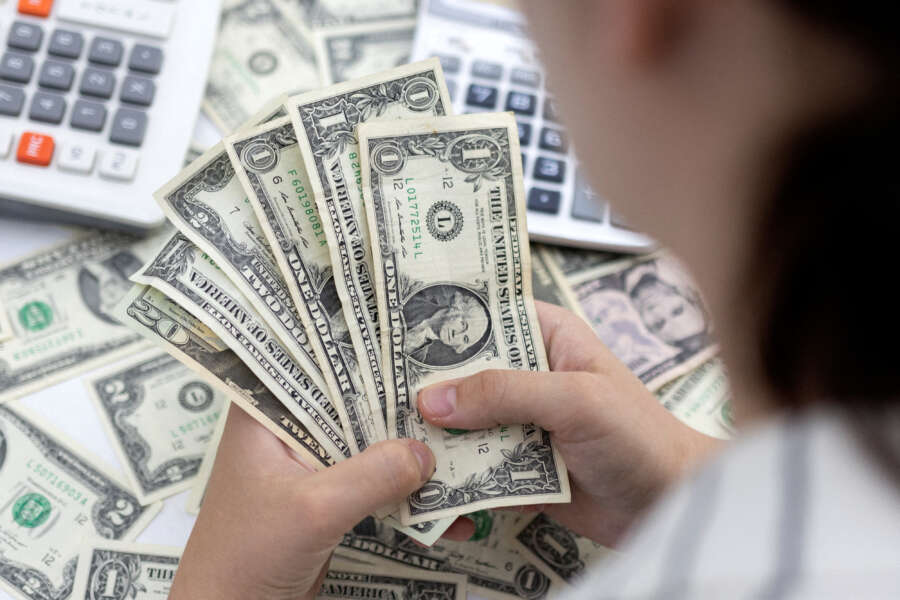 By Vuyani Ndaba and Vivek Mishra

A stampede into the greenback pushed the wider index of emerging market currencies to its lowest in two years on Tuesday amid growing worries of global recession.

The Sept. 1-6 Reuters survey of currency strategists showed more of the same trouble ahead. Almost all beaten-down EM currencies were expected to weaken or at best cling to a range over the next three months.

“EMFX will continue to go through a period of elevated volatility until the USD reaches a climax,” noted Phoenix Kalen, director of emerging markets strategy at Societe Generale.

“Not only has the market over the past month reverted back to pricing in a more aggressive pace of FOMC rate hikes, but the underlying context of global growth has continued to deteriorate … and downside China surprises add to the myriad challenges facing EM FX.”

During past U.S. tightening cycles emerging market central banks usually tried to match or better the pace of the Fed but this time they have failed to keep up.

Nearly three-quarters of analysts, 41 of 56, who answered an additional question said EM currencies would fall against the dollar in the next three months, including six who said they would fall significantly.

FX analysts also warned that the Chinese yuan, which is down about 9% this year, is affecting emerging market counterparts more than ever before and may have a profound effect on their performance over the coming year.

“The Fed is not going to be the only factor keeping the dollar strong. EMFX remains undermined by renminbi weakness,” said Francesco Pesole, FX strategist at ING.

“Unless China presents some sizable fiscal stimulus or abandons its zero COVID strategy, EMFX will continue to trade poorly.”

While the Reuters poll median for China’s yuan suggests the currency would strengthen, Mitul Kotecha at TD Securities said there are growing signs, including from recent yuan fixings, that the People’s Bank of China is uncomfortable with the pace of CNY depreciation.

“The authorities will favour some depreciation to support exports but will remain wary of a rapid decline in the currency as reflected in recent PBOC push back. We expect such resistance to be maintained, especially ahead of the Communist Party Congress in mid-October,” added Kotecha.

South Africa’s rand meanwhile has taken on a more favourable outlook in comparison to other EM currencies. The high-yielding rand was expected to erase most of its losses made so far this year, gaining about 6.0% to 16.30/$ in a year.

Turkey’s lira is down nearly 26% this year, in addition to the 44% it lost last year, as Turkey’s central bank slashed interest rates even as inflation was soaring. Inflation exceed 80% in August.

The worst-performing emerging market currency this year, the lira was set to fall about 16% to 21.66 per dollar in the next 12 months.

Russia’s rouble, which was propped up by capital controls and had artificially risen to become the world’s best-performing currency so far this year, is expected to weaken more than 15% to 71.00/$ in a year.

(For other stories from the September Reuters foreign exchange poll:)