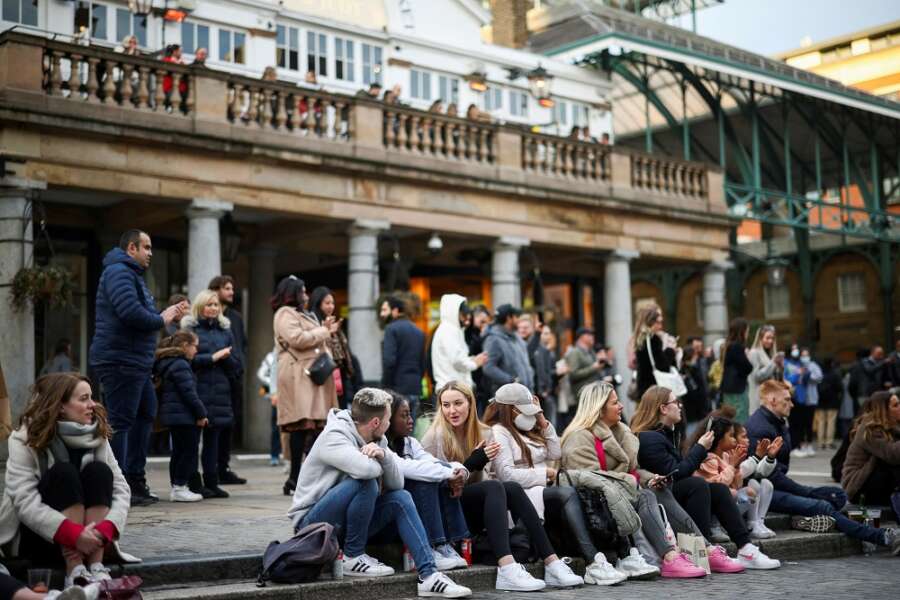 By Iain Withers and Andres Gonzalez

LONDON (Reuters) – The exclusive cadre of landlords that run London’s bustling West End cultural and entertainment district is about to get one smaller.

Neighbouring developers Shaftesbury and Capco outlined a 3.5 billion pound ($4.31 billion) merger deal over the weekend, as the threat of recession accelerates a rush to consolidate Europe’s fragmented real estate market.

“Covid has been good in some ways… People are saying let’s merge things or work together in various partnerships to create a different way forward.”

Under the proposed terms, Shaftesbury shareholders would get 53% of the combined company, and Capco investors the rest.

Norges, the main shareholder of both companies, has thrown its weight behind the deal and would remain the dominant shareholder of the combined company with a 20% stake.

Capco is already a shareholder in Shaftesbury, having snapped up a 25% stake in its rival two years ago, adding to the momentum behind the deal.

The merger is set to be the largest real estate deal in Britain since 2017, when private equity giant Blackstone sold London-based Logicor to China Investment Corporation, according to Refinitiv, and the second largest in Europe so far this year.

Property consolidation in Britain is likely to continue as developers face rising costs to sustain their investments.

Capco and Shaftesbury will have 530 million pounds of cash reserves to fuel expansion and redevelopment projects, according to a Stifel report published on Monday, as the West End duo look to capitalise on a tourism rebound after COVID-19 travel restrictions were scaled back globally.

Stifel cautioned that the deal could be referred to competition authorities. Yet while huge swathes of the West End are owned by just a handful of landlords – including the Queen’s developer the Crown Estate, and Grosvenor Estate – the analysts said overall there were still a vast number of investors holding property in the area.

Shares in Shaftesbury fell 3% and Capco closed down 7% on Monday, suggesting investors still need some persuading on the merits of the deal, although they had recovered some ground early on Tuesday.

While people have been returning to London’s offices and shops, the sprawling capital has recovered more slowly from lockdowns than other British cities, with more people swerving lengthy commutes into the city centre by continuing to work from home.

“London’s strength turned into a weakness when Covid hit,” said Valentine Quinio, analyst at Centre for Cities. “Some workers have come back, but reasonable numbers are staying away and therefore not spending money on the high street and in the West End in the evening.”

Weekday footfall in central London averaged 63% of pre-lockdown levels in the final week of March, according to data compiled by Centre for Cities, putting it bottom of a list of 63 cities monitored by the group.

Having weathered the pandemic, landlords now face a potential economic recession and cost of living crisis that could lead to less spending in restaurants and shops.

In this context, analysts said Shaftesbury and Capco’s deal made sense to reduce overheads and strengthen their negotiating power with tenants.

“Given the overlap in portfolios, strategies, and ownership there is little need for two corporate entities operating this close together,” said broker firm Numis in a report, adding it believed their combined administration costs could be cut by at least a fifth.

Bulking up in order to take on bigger redevelopment projects is particularly attractive to landlords when occupier demands are changing rapidly, property experts said.

Retail and office demand has been damaged by the pandemic, while residential demand has held up better, prompting a rethink of portfolios.

“A key driver is being able to scale up in order to raise capital to invest in those assets,” said Simon Rawlinson, partner at property consultancy Arcadis.

A surge in development in London’s West End, particularly around new stations for the city’s long-awaited Crossrail line, set to open within weeks, mean the likes of Capco and Shaftesbury do not want to be left behind.

“The high street is going from crisis to crisis,” said Centre for Cities’ Quinio. “But given the fundamental strengths of London’s city centre economy, its future and success isn’t really in doubt.”

On possible nuclear strike, Russia says: it’s all in our military doctrine

May 13, 2022
Editorial & Advertiser disclosureEditorial & Advertiser disclosureOur website provides you with information, news, press releases, Opinion and advertorials on various financial products and services. This is not to be considered as financial advice and should be considered only for information purposes. We cannot guarantee the accuracy or applicability of any information provided with respect to your individual or personal circumstances. Please seek Professional advice from a qualified professional before making any financial decisions. We link to various third party websites, affiliate sales networks, and may link to our advertising partners websites. Though we are tied up with various advertising and affiliate networks, this does not affect our analysis or opinion. When you view or click on certain links available on our articles, our partners may compensate us for displaying the content to you, or make a purchase or fill a form. This will not incur any additional charges to you. To make things simpler for you to identity or distinguish sponsored articles or links, you may consider all articles or links hosted on our site as a partner endorsed link.