Home Headlines Battered sterling gets respite but set for weekly fall vs dollar
Our website publishes news, press releases, opinion and advertorials on various financial organizations, products and services which are commissioned from various Companies, Organizations, PR agencies, Bloggers etc. These commissioned articles are commercial in nature. This is not to be considered as financial advice and should be considered only for information purposes. It does not reflect the views or opinion of our website and is not to be considered an endorsement or a recommendation. We cannot guarantee the accuracy or applicability of any information provided with respect to your individual or personal circumstances. Please seek Professional advice from a qualified professional before making any financial decisions. We link to various third-party websites, affiliate sales networks, and to our advertising partners websites. When you view or click on certain links available on our articles, our partners may compensate us for displaying the content to you or make a purchase or fill a form. This will not incur any additional charges to you. To make things simpler for you to identity or distinguish advertised or sponsored articles or links, you may consider all articles or links hosted on our site as a commercial article placement. We will not be responsible for any loss you may suffer as a result of any omission or inaccuracy on the website.
Headlines

Battered sterling gets respite but set for weekly fall vs dollar 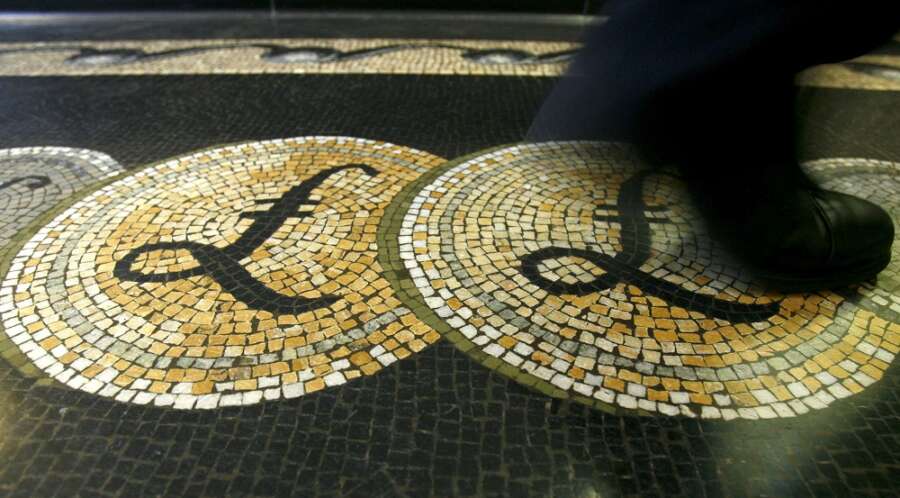 LONDON (Reuters) – Britain’s pound edged up against the dollar on Friday, offering some respite from a week of selling that pushed the currency to two-year lows.

Kenneth Broux, European currency strategist at Societe Generale, said that while sterling was enjoying a respite, he wouldn’t read too much into any currency gains.

“We’ve had quite bad GDP data from March, and the stagflationary backdrop for the UK is not really great, then you’ve got tension boiling over in Northern Ireland over the Protocol,” he said,

Senior British politicians want to overhaul the agreement on trade between Northern Ireland and the United Kingdom that they signed up to in order to get Brexit done. They have warned they might have to take unilateral action.

Data on Thursday showed Britain’s economy unexpectedly shrank 0.1% in March after a slump in car sales due to supply-chain problems.

That has exacerbated concerns about a weakening growth outlook that could slow the Bank of England’s rate-hiking cycle and battered the pound.

While sterling is up against the dollar for the first time in over a week, the currency was heading for a fourth straight week of falls.

“The way ahead looks likely to remain very uneven for the pound,” ING currency strategists said in a note.

And sterling was lower against the euro, down almost a fifth of a percent at 85.24 pence.