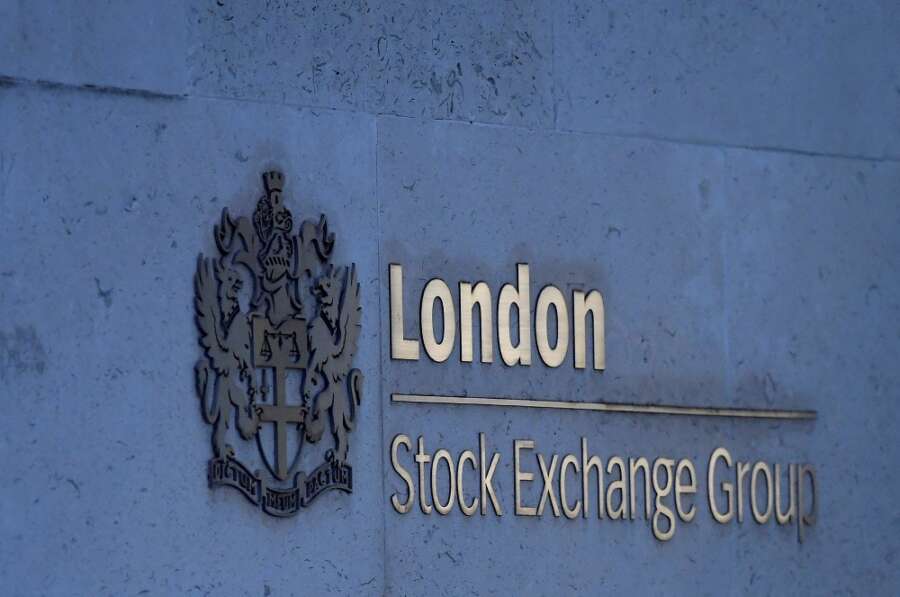 (Reuters) -UK’s FTSE 100 recouped losses on Friday towards the end of a volatile week, led by defensive stocks, but investor concerns over stubborn inflation and economic slowdown set the benchmark index towards its second consecutive weekly loss.

The blue-chip FTSE 100 rose 1.4% in early trade, tracking an overnight relief rally on Wall Street as it recovered part of its initial sell-off on Thursday.

Banks and defensive sectors including consumer staples and healthcare stocks that tend to be less sensitive to the economic climate boosted the benchmark index.

“Healthcare is seen as a more defensive sector, certainly with the ongoing pandemic. The demand for healthcare isn’t going to go away, so you’re seeing resilience there,” said Susannah Streeter, senior investment and markets analyst, Hargreaves Lansdown.

The commodity-heavy FTSE 100 index has fallen nearly 0.7% this week, trailing behind its pan-European peers, as weaker commodity prices hit oil and mining stocks amid recession fears and demand concerns.

Ongoing tensions between the UK and the European Union (EU) over post-Brexit trade rules for Northern Ireland also added to investor woes.

“There is concern that if there isn’t some kind of deal reached, there could be a fresh trade spat emerging between the EU and the UK that could lead to a further increase in prices,” said Streeter.

“That would be extremely worrying for the UK economy at a time when it’s already grappling with expectations of 10% inflation.”

Sage Group rose 1.7%, after the software company’s first-half profit met market estimates and said its margin was expected to trend higher in the second half and beyond.

Battered sterling gets respite but set for weekly fall vs dollar

May 13, 2022
Editorial & Advertiser disclosureEditorial & Advertiser disclosureOur website provides you with information, news, press releases, Opinion and advertorials on various financial products and services. This is not to be considered as financial advice and should be considered only for information purposes. We cannot guarantee the accuracy or applicability of any information provided with respect to your individual or personal circumstances. Please seek Professional advice from a qualified professional before making any financial decisions. We link to various third party websites, affiliate sales networks, and may link to our advertising partners websites. Though we are tied up with various advertising and affiliate networks, this does not affect our analysis or opinion. When you view or click on certain links available on our articles, our partners may compensate us for displaying the content to you, or make a purchase or fill a form. This will not incur any additional charges to you. To make things simpler for you to identity or distinguish sponsored articles or links, you may consider all articles or links hosted on our site as a partner endorsed link.