Home Finance Be simple in bank capital, Bank of England tells global regulators
Our website publishes news, press releases, opinion and advertorials on various financial organizations, products and services which are commissioned from various Companies, Organizations, PR agencies, Bloggers etc. These commissioned articles are commercial in nature. This is not to be considered as financial advice and should be considered only for information purposes. It does not reflect the views or opinion of our website and is not to be considered an endorsement or a recommendation. We cannot guarantee the accuracy or applicability of any information provided with respect to your individual or personal circumstances. Please seek Professional advice from a qualified professional before making any financial decisions. We link to various third-party websites, affiliate sales networks, and to our advertising partners websites. When you view or click on certain links available on our articles, our partners may compensate us for displaying the content to you or make a purchase or fill a form. This will not incur any additional charges to you. To make things simpler for you to identity or distinguish advertised or sponsored articles or links, you may consider all articles or links hosted on our site as a commercial article placement. We will not be responsible for any loss you may suffer as a result of any omission or inaccuracy on the website.
Finance 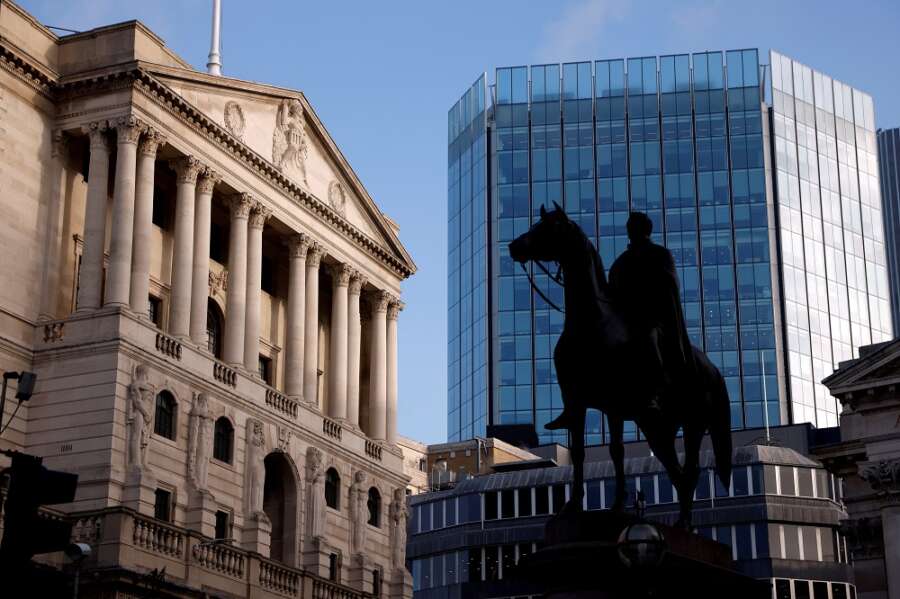 LONDON (Reuters) – The complex system of bank capital buffers could be radically simplified to encourage banks to keep lending in a downturn, Bank of England (BoE) Deputy Governor Sam Woods said on Tuesday.

As economies went into a tailspin during lockdowns to fight COVID-19 in 2020, banks were leery about tapping their buffers to keep lending, fearing a backlash from investors worried about fresh capital raising.

The Basel Committee of global regulators, whose members include the BoE, is looking at how to make buffers more usable after what happened during the pandemic.

Woods proposed a “Bufferati”, or more streamlined system for Basel to consider.

“My simple framework revolves around a single, releasable buffer of common equity, sitting above a low minimum requirement,” Woods told the City Week event in London.

“This would be radically different from the current regime,” Woods said. Regular stress testing of lenders would determine capital levels.

The prospect of countries getting on board is remote in the short to medium term, given the years it takes to make even incremental changes to Basel’s bank capital rules, which Britain is committed to applying as a global financial centre.

Basel’s latest batch of new rules are already being delayed by two years to 2023 in Britain and Europe.

“At the very least this might amuse my colleagues on the Basel Committee as they toil away on the serious business of evaluating the current model,” Woods said.

Regulators would work out for each bank its capital requirements, based on analysis of risks on the bank’s books, and the general macro economic climate, he said.

All thresholds, triggers and cliff-edges – a reference to consequences such as an automatic halt to dividend payments if a buffer falls below a certain level – could be replaced with a judgement-based “ladder of intervention”, he added.