Home Headlines ECB’s Lagarde raises prospect of rate hikes beyond neutral level
Our website publishes news, press releases, opinion and advertorials on various financial organizations, products and services which are commissioned from various Companies, Organizations, PR agencies, Bloggers etc. These commissioned articles are commercial in nature. This is not to be considered as financial advice and should be considered only for information purposes. It does not reflect the views or opinion of our website and is not to be considered an endorsement or a recommendation. We cannot guarantee the accuracy or applicability of any information provided with respect to your individual or personal circumstances. Please seek Professional advice from a qualified professional before making any financial decisions. We link to various third-party websites, affiliate sales networks, and to our advertising partners websites. When you view or click on certain links available on our articles, our partners may compensate us for displaying the content to you or make a purchase or fill a form. This will not incur any additional charges to you. To make things simpler for you to identity or distinguish advertised or sponsored articles or links, you may consider all articles or links hosted on our site as a commercial article placement. We will not be responsible for any loss you may suffer as a result of any omission or inaccuracy on the website.
Headlines 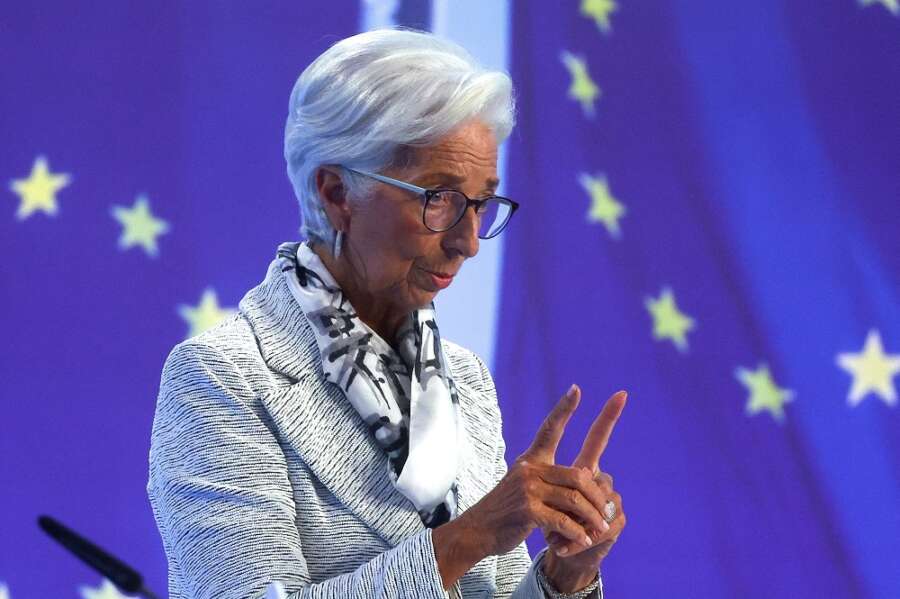 The ECB has been raising rates at the fastest pace on record but inflation is still rising and even longer-term expectations, a key focus for policymakers, are starting to move above the bank’s 2% target.

“If there were evidence that high inflation risked de-anchoring inflation expectations, then the policy rate that is compatible with our target would lie in restrictive territory,” she said in a speech.

She added that if the current supply shock caused by expensive energy lowered the bloc’s potential, the ECB would also have to act to cool demand.

Policymakers have talked about pausing rate hikes once the ECB hits the so-called “neutral” level, that neither stimulates nor holds back growth, but a growing number of rate-setters now see the risk that rates will have to go higher.

While Lagarde said medium-term expectations were “relatively” well anchored around the target, it would be “unwise” to take this for granted.

She noted that consumers’ inflation expectation is rising rapidly and the euro zone was also shifting from a low inflation environment to an extremely high one, both a risk to longer-term expectations.

Lagarde also warned about the dangers of high price growth triggering a wage-price spiral that would entrench inflation in a hard to break cycle.

The ECB president, however, provided no clues about the October rate hike and only repeated that the ECB will decide its next moves meeting by meeting.

Investors are currently split between a 50- and a 75-basis point rate hike in October, with subsequent increases seen at every meeting through next spring.

(Reporting by Balazs KoranyiEditing by Francesco Canepa and Richard Chang)