Home Headlines EU, U.S. step up Russian aluminium, nickel imports since Ukraine war
Our website publishes news, press releases, opinion and advertorials on various financial organizations, products and services which are commissioned from various Companies, Organizations, PR agencies, Bloggers etc. These commissioned articles are commercial in nature. This is not to be considered as financial advice and should be considered only for information purposes. It does not reflect the views or opinion of our website and is not to be considered an endorsement or a recommendation. We cannot guarantee the accuracy or applicability of any information provided with respect to your individual or personal circumstances. Please seek Professional advice from a qualified professional before making any financial decisions. We link to various third-party websites, affiliate sales networks, and to our advertising partners websites. When you view or click on certain links available on our articles, our partners may compensate us for displaying the content to you or make a purchase or fill a form. This will not incur any additional charges to you. To make things simpler for you to identity or distinguish advertised or sponsored articles or links, you may consider all articles or links hosted on our site as a commercial article placement. We will not be responsible for any loss you may suffer as a result of any omission or inaccuracy on the website.
Headlines 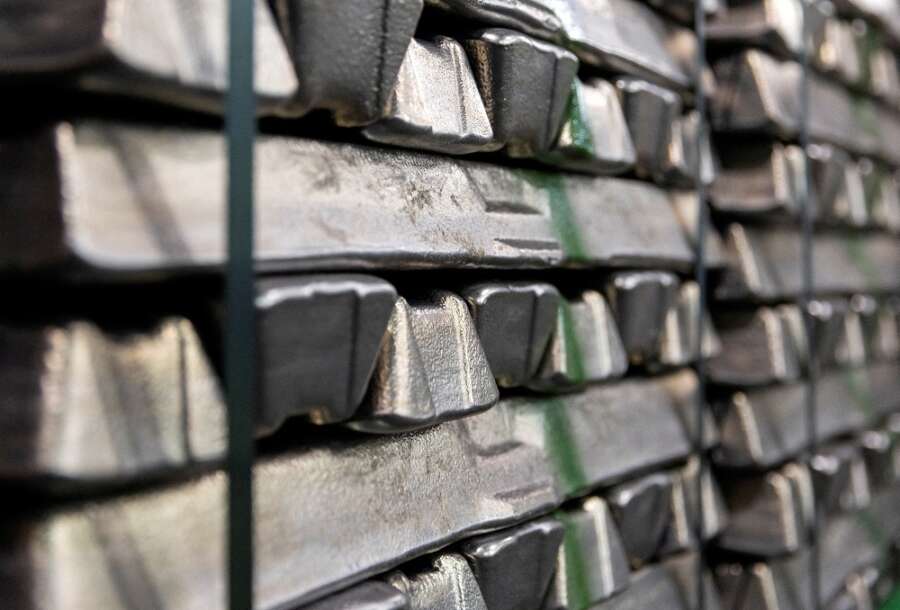 LONDON (Reuters) -The European Union and United States have ramped up buying key industrial metals from Russia, data showed, despite logistical problems spurred by the war in Ukraine and tough talk about starving Moscow of foreign exchange revenue.

The metal shipments highlight the West’s difficulty in pressuring Russia’s economy, which has performed better than expected and seen its rouble currency surge as buoyant oil revenue has helped offset the impact of sanctions.

EU and U.S. imports of Russia’s main base metal products aluminium and nickel during March-June increased by as much as 70%, official trade data compiled by Reuters from the United Nations Comtrade database show.

The total value of EU and U.S. imports of the two metals from March to June were $1.98 billion, the data showed.

The West has imposed repeated waves of sanctions on a wide range of Russian products, people and institutions, but has largely spared the industrial metals sector.

A U.S. State Department spokesperson said in response to a query from Reuters: “Although we don’t preview our sanctions actions, nothing is off the table to increase the price on Putin’s unjustified war against Ukraine.”

The European Commission did not provide a comment after a request.

Those sanctions were lifted the following year.

Prices of both metals surged to record peaks shortly after Russia launched its invasion of Ukraine on Feb. 24 on fears that sanctions or difficult logistics would block shipments.

But those fears were unfounded, since the data show Russian exports during March to June were relatively strong.

“We know from commodity traders it’s mainly a question of the price. It’s not so much about some politician not wanting you to buy, but is there a deal here.”

Russia’s Rusal is the world’s largest aluminium producer outside China and accounts for about 6% of estimated world production.

During the four months following Russia’s invasion of Ukraine, the EU was the biggest importer of unwrought aluminium from Russia, pulling in an average of 78,207 tonnes a month in March-June, 13% more than the same period last year.

Rotterdam, Europe’s largest port, said in a report total volumes rose 0.8% in the first half of 2022, but “break bulk” – cargo that does not fit in containers — rose sharply by 17.7%, driven by higher imports of metals.

A port spokesperson told Reuters that shipments of aluminium and nickel were still arriving in the port since they are not sanctioned, but declined to give any figures.

On Tuesday, a division of Norway’s Norsk Hydro said it would exclude Russian metal from deals to buy aluminium for 2023.

“For the Americans, it’s very important that they get as many different aluminium sources as possible,” said Tom Price, head of commodities strategy at Liberum.

“They’re very reluctant to get any metal from China, where exports are shrinking, so Russian Rusal aluminium is very important, which is why they haven’t shut that trade down.”

Overall shipments have been relatively steady.

Russian aluminium imports to last year’s top seven destinations in March to June averaged 221,693 tonnes a month, 9% less than the same period last year, but 4% higher than the monthly average for all of 2021.

In nickel, Russia accounts for about 10% of global output and the country’s Nornickel makes about 15%-20% of the world’s battery-grade nickel.

Nickel imports from Russia by the top three destinations in March-June rose 17% year-on-year.

A jump in prices following the invasion provided an extra incentive to continue exports, analysts said.

Benchmark nickel on the London Metal Exchange doubled to a record above $100,000 a tonne on March 8, prompting the LME to suspend trading and cancel deals.

(Reporting by Eric Onstad; additional reporting by Siyi Liu in Beijing and Daphne Psaledakis in Washington; editing by David Evans)