Home Finance European stocks find support at end of volatile week
Our website publishes news, press releases, opinion and advertorials on various financial organizations, products and services which are commissioned from various Companies, Organizations, PR agencies, Bloggers etc. These commissioned articles are commercial in nature. This is not to be considered as financial advice and should be considered only for information purposes. It does not reflect the views or opinion of our website and is not to be considered an endorsement or a recommendation. We cannot guarantee the accuracy or applicability of any information provided with respect to your individual or personal circumstances. Please seek Professional advice from a qualified professional before making any financial decisions. We link to various third-party websites, affiliate sales networks, and to our advertising partners websites. When you view or click on certain links available on our articles, our partners may compensate us for displaying the content to you or make a purchase or fill a form. This will not incur any additional charges to you. To make things simpler for you to identity or distinguish advertised or sponsored articles or links, you may consider all articles or links hosted on our site as a commercial article placement. We will not be responsible for any loss you may suffer as a result of any omission or inaccuracy on the website.
Finance 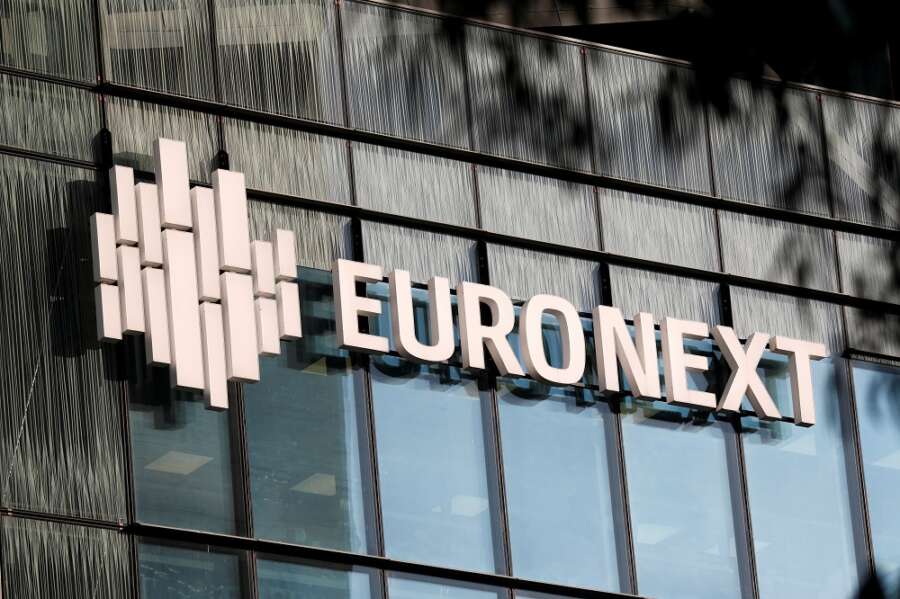 (Reuters) -European shares rose on Friday, as sentiment stabilised at the end of a volatile week dominated by worries about aggressive monetary policy tightening and slowing global growth.

Global markets, particularly U.S. stocks, have gyrated wildly this week as investors feared that tightening financial conditions, with the Federal Reserve preparing for a series of interest rate hikes to contain a surge in inflation, will tip the economy into recession. [.N]

Fed Chair Jerome Powell repeated on Thursday his expectation that the Fed will raise interest rates by half a percentage point at each of its next two policy meetings, easing worries about a bigger 75 basis point rate hike that some investors were expecting.

Despite Friday’s gains so far, the STOXX 600 is set to post its fifth consecutive weekly decline.

“The risks are to the downside with huge jump in economic uncertainty and large real disposable income shocks for households,” Deutsche Bank economists said in a note.

French care home group Orpea, which faces criminal complaints over how it runs its centres and treats its elderly residents, dropped 4.7% after saying that it would not pay a dividend on 2021 earnings.

Norwegian Air edged up 0.5%, as the airline posted a quarterly loss and said the surge in fuel costs would partly offset the effects of increased summer bookings.

(Reporting by Sruthi Shankar in Bengaluru; Editing by Subhranshu Sahu and Rashmi Aich)