Our website publishes news, press releases, opinion and advertorials on various financial organizations, products and services which are commissioned from various Companies, Organizations, PR agencies, Bloggers etc. These commissioned articles are commercial in nature. This is not to be considered as financial advice and should be considered only for information purposes. It does not reflect the views or opinion of our website and is not to be considered an endorsement or a recommendation. We cannot guarantee the accuracy or applicability of any information provided with respect to your individual or personal circumstances. Please seek Professional advice from a qualified professional before making any financial decisions. We link to various third-party websites, affiliate sales networks, and to our advertising partners websites. When you view or click on certain links available on our articles, our partners may compensate us for displaying the content to you or make a purchase or fill a form. This will not incur any additional charges to you. To make things simpler for you to identity or distinguish advertised or sponsored articles or links, you may consider all articles or links hosted on our site as a commercial article placement. We will not be responsible for any loss you may suffer as a result of any omission or inaccuracy on the website.
Home Finance External Data is the Core of Digital Business
Finance 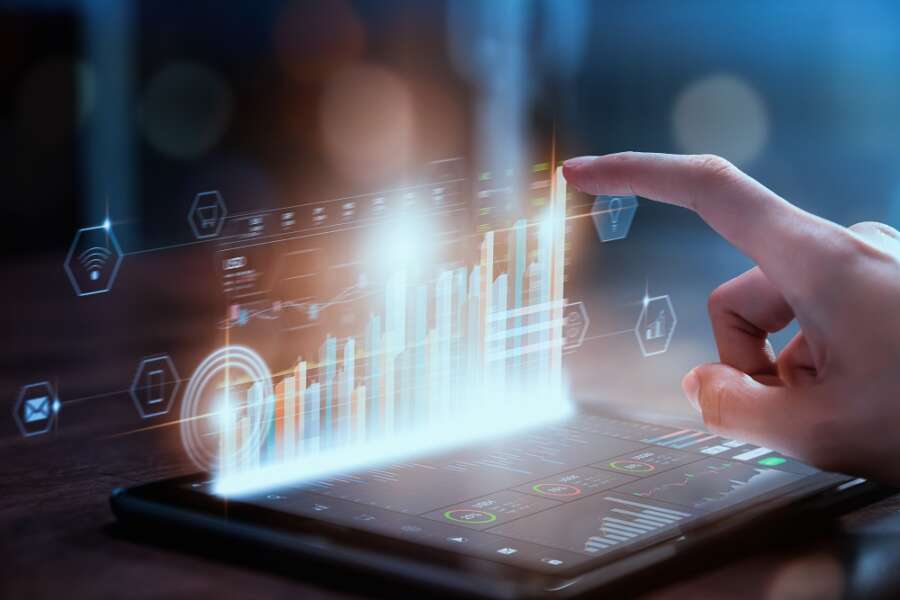 By: Julius Černiauskas, CEO at Oxylabs.io

Separating and analyzing the differences between a physical and a digital business can be done in a multitude of ways. I’ll be taking just one aspect of the overall picture – the use of data.

Digital businesses have undergone a significant transformation in the way they utilize data. It might not be clear to most yet, however. While external data has been slowly gaining in importance in most industries, that importance hasn’t been fully realized.

An eternity of data

We would be mistaken to say that the “need for data” suddenly burst upon the scene, even if it may feel that way. Information has always been at the forefront of business. And by “always” I truly mean it, as it’s likely that the first forms of writing and codification were used for accounting purposes. Even Mesopotamian civilizations had economic use for data.

There’s simply no way of (properly) running a business without doing some sort of information management. Accounting, which forms the basis of any company, is the noble activity of providing an accurate representation of the actions performed on a regular basis.

Historically, however, the demand for data was quite stagnant. Internal data was usually left to singular departments that could make use of it. Even then, data was understood more as a measuring stick rather than something else. There’s a lot of companies that manage by metrics – focus on improving some particular number without care for the reasons or approach taken to do so.

As such, internal data has always played a role in business. There’s a tendency, however, to get stuck in routine thinking and never branch out into more creative avenues. After all, the sentiment of “don’t fix what’s not broken” has its foundation derived from a similar thought process. As such, internal data’s necessity for continued operations might have clouded our judgment of the other possible uses of data in general.

I probably don’t need to drive the point home that business thrives on competition. Not all of it is created equal, though. There are always direct and indirect competitors existing somewhere, the question is who is relevant.

Physical businesses have little to care for in this regard. They usually know their competitors well enough and hold them, as they say in the movies, closer than their friends. A lot of potential competition falls out of relevancy. They might exist in another country or even continent. Since there’s no overlapping market, there’s nothing to compete over.

Digital businesses, on the other hand, have a lot more opportunities and a lot more to worry about. Moving online breaks away the restrictions of physical space. Products and services can be sold anywhere and to anyone. Unfortunately, that’s also what competitors are able to do.

While the markets balloon in size, digital transformations unveil an uneasy truth that there is more market overlap than one could have imagined. It wasn’t troubling before. Digital businesses, however, can compete with nearly anyone anywhere.

That competitor on the other side of the world suddenly becomes more relevant. They are competing, after all, over the same resources. While they may be unable to fully join in on the fun of a local market, they start having an impact on decision making in the long-run.

After the shift, we arrive at a completely different landscape. Everyone has access to more resources and that’s exactly the problem, because, by necessity, it invites more competition. Business tools and operations, however, remain the same.

In other words, businesses gained access to more buyers without any physical change in conditions. Of course, everyone will attempt to get the largest piece of the cake. Therefore, a new front for competition has to open. That front is data management. Specifically, external data.

I’ve previously mentioned that internal data was always used by businesses. There’s simply no other way to run one. External data, however, came into play only recently. Partly, because, historically, external data was hard to access (without committing oneself to espionage) or quickly became outdated (say, if manually collected).

External data wasn’t exactly unknown. Some businesses used macro-scale external data. Financial services have favored these sources. They are, for example, fiscal reports, government statistical publications, etc. Such sources have been reliable, just not that useful to those who don’t do business on a macro level.

While web scraping might have existed for about as long as the internet, scalable solutions for businesses only became available in the last decade or so. Improvements in the data acquisition processes solved the aforementioned issues, making information easily accessible and constantly fresh.

With larger audiences opening up to each business and data on competitors and consumers becoming ubiquitous, a new front for the competition had to emerge. Pricing data, consumer sentiment, and many other types of information could now be utilized to reach those audiences faster than others.

What is there to do?

Invest in data analysis. Build dedicated departments and integrate external data acquisition sources. Old school areas for the competition are becoming exhausted, especially if the product isn’t as unique as it may have seemed before.

All digital businesses will be increasingly focusing on data analysis, because no one has been heavily invested in the area. There’s a lot of profit to be gained for those who are first and, maybe, second.

Analysis-Financial literacy or luck? The year small-time traders made a big impact

Business failures can be predicted from online ratings

The probability of a winter recession in Europe is diminishing