Finding the solution to plastic pollution 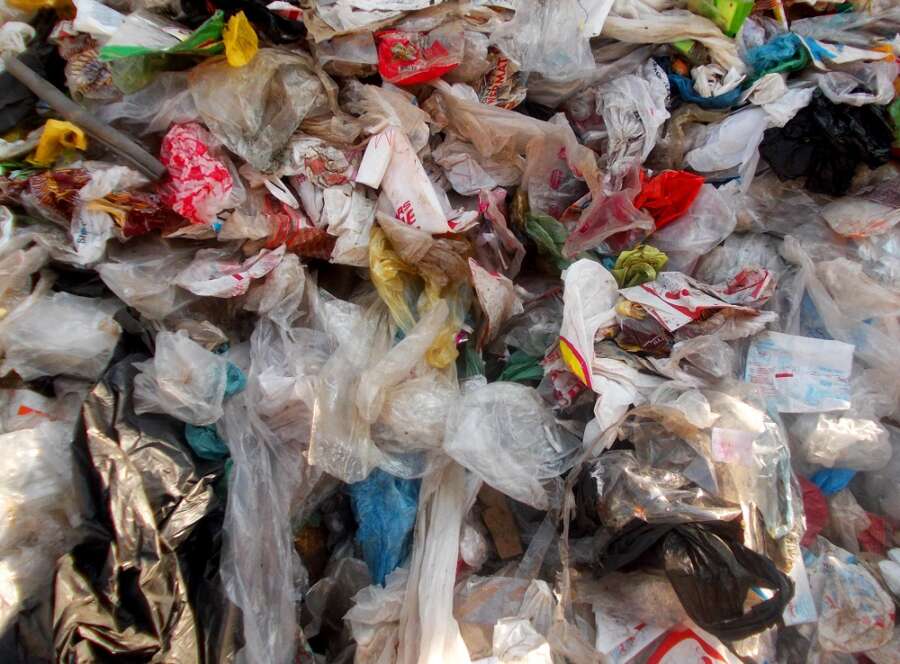 Exploring the impact of each stage in the plastic lifecycle

The lifecycle of conventional plastics is never-ending. Drilling for crude oil is extremely energy intensive and the resulting material may persist in the environment for hundreds of years. Here Duncan Clark, head of operations at biopolymer researcher Teysha Technologies, explores each stage of plastic’s lifecycle and how we can reduce pollution by terminating the use of Earth’s biggest polluter, plastic.

The WWF describes plastic pollution as one of the most visible symptoms of the environmental crisis, damaging natural habitats and threatening wildlife. In fact, the Geneva Environment Network estimates that the cumulative production of plastic surpassed eight billion metric tons worldwide in 2020 and is expected to increase in the coming decades.

The images we see in the media of litter-strewn beaches and marine life tangled up in single-use plastic bags are powerful conversation starters, but they don’t represent the entire problem. Plastic is harmful from the point of manufacture and even with more robust recycling policies, the plastic crisis will persist into the future if we can’t source a sustainable alternative.

To understand the extent of this issue, we must dig deeper into how plastic is produced.

Most plastic production requires a core ingredient: crude oil dug deep from the Earth’s crust. The average oil rig uses approximately 16 terawatt hours of energy per year to power its drills, vehicles and extraction tools, and approximately 20,000 litres of fuel a day.

It may not seem much, but five per cent of all global crude oil extracted is used for the manufacturing of plastics. This actually equates to approximately 35m barrels per year.

What’s more, the seismic vibrations caused by oil extraction is enough to disrupt some habitats. But when you factor in the threat of oil spills and the infrastructure needed to transport resources in-land, thousands of species have been displaced to accommodate demand for crude oil.

Plastic production is also extremely energy intensive, consuming 2000 times the amount of energy it takes to treat and distribute tap water. It also generates harmful pollutants that damage the Earth’s atmosphere and leach into our land and water systems.

Carbon dioxide emissions from producing plastic are threatening thousands of species who are struggling to adapt to rapidly changing environmental temperatures. National Public Radio (NPR) estimates that carbon emissions from plastic production could amount to 56 gigatons between now and 2050.

Finally, the products made from plastic pose an even bigger threat to our ecosystems. One single-use plastic bottle, whose contents may take minutes to consume, will persist in the environment anywhere from 450 years to several thousand years.

The result is that there are now some 80,000 tonnes of plastic — the equivalent weight of 500 jumbo jets — in the Great Pacific Garbage Patch alone, according to The Ocean Clean Up. Once broken down into microplastic particles, these are consumed by marine life, only to work their way back through the food chain and end up on our plates.

The evidence is clear that plastic is a cause for concern, but it’s convenience cannot be understated. The good news is that there are now viable alternatives meaning we can feasibly outlaw traditional plastic for good.

Bioplastics — or plastics made from renewable biomass sources — are not new concepts. In fact, the first man-made plastic, Parkesine, was manufacturing in 1862 by exposing cellulose with nitric acid. The problem is that the bioplastics succeeding Parkesine are not truly sustainable.

Many traditional bioplastics, despite being composed of ‘greener’ materials, still need industrial catalysts and the right microbial conditions to degrade. They, therefore, cannot persist in the environment without posing a threat to the environment. Most countries simply don’t have the infrastructure to facilitate the disposal of these items.

Plastic manufacturers must now focus efforts on developing a biopolymer platform using sustainable feedstocks to generate Earth-friendly polycarbonate materials. These platforms can then incorporate natural monomers and co-monomers, rather than hydrocarbons from crude oil, formulated from starches or agricultural waste.

A major benefit here is that the resulting material’s physical, mechanical and chemical properties can be tuned to fit specific applications. Even the polycarbonate’s degradation rates can be tuneable. Food packaging, for example, is often disposed of after a single use, so it could be tuned to break down quicker in an environment with sufficient moisture.

By considering the impact of each stage in the lifecycle of plastic on ecosystems, we can start to transition from petrochemical-based plastics towards truly natural, harmless materials. To find out more, visit Teysha Technologies’ website.

How to Spot the Signs of an HMRC Scam

Lower the language barrier and open the floodgates...

How to wind down after work…without hitting the...

October 28, 2021
Editorial & Advertiser disclosureEditorial & Advertiser disclosureOur website provides you with information, news, press releases, Opinion and advertorials on various financial products and services. This is not to be considered as financial advice and should be considered only for information purposes. We cannot guarantee the accuracy or applicability of any information provided with respect to your individual or personal circumstances. Please seek Professional advice from a qualified professional before making any financial decisions. We link to various third party websites, affiliate sales networks, and may link to our advertising partners websites. Though we are tied up with various advertising and affiliate networks, this does not affect our analysis or opinion. When you view or click on certain links available on our articles, our partners may compensate us for displaying the content to you, or make a purchase or fill a form. This will not incur any additional charges to you. To make things simpler for you to identity or distinguish sponsored articles or links, you may consider all articles or links hosted on our site as a partner endorsed link.