How to Spot the Signs of an HMRC Scam 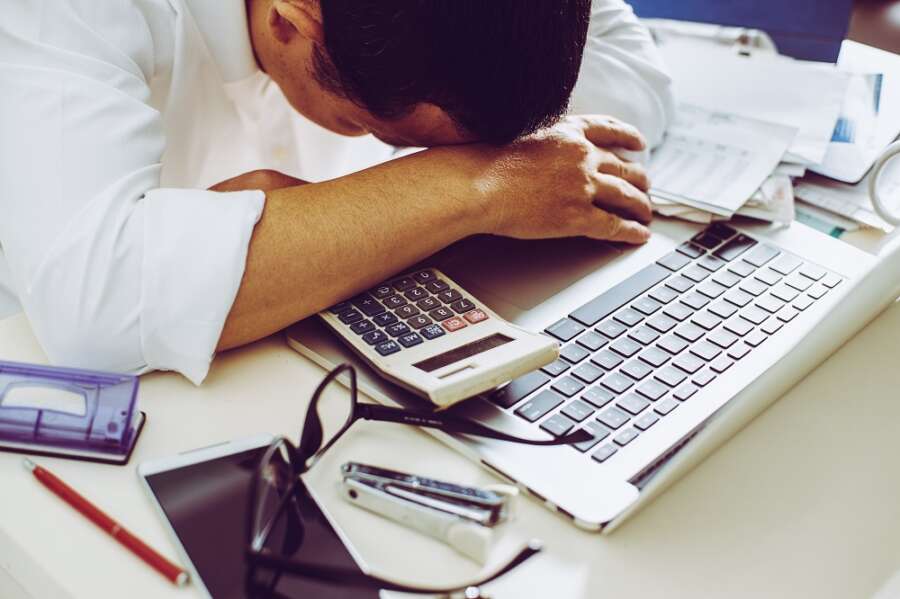 Fraudsters are always looking for new ways to scam honest people out of their hard-earned money. In recent years, these criminals have started to use the HMRC as a way to deceive taxpayers, tricking them into handing over considerable amounts of money for what they believe is a legitimate reason.

As these HMRC scams, coming in the form of emails, texts and social media messages, become increasingly more convincing for unsuspecting people, it’s now more important than ever to know what you can expect from illegitimate correspondence. It’s also paramount that you’re aware of how to avoid being scammed.

HMRC scams you should look to avoid

Government scams – illegitimate communication appearing to be from the HMRC – have been circulating for a number of years, although there appears to be more phishing now, during the Covid-19 pandemic, than there ever has been before.

The internet has presented criminals with the opportunity to catch out a significant number of taxpayers. The use of official HMRC logos, letterheads, phone numbers and even employee names means that identifying a fraudulent email, for example, is now more difficult than ever.

But there are some forms of communication that not even the official HMRC would use and so it’s imperative that you fully understand the correspondence you’re likely to get from them together with the information they’ll ask you for. Armed with this information, you’ll be able to pick out and report HMRC scams effortlessly.

419 scams are emails that claim to be from the HMRC. It’ll clearly state that you have unclaimed lottery winnings or inheritance money. It might also convince you that items you’ve ordered are now stuck at customs, even though you know this not to be the case.

With 419 HMRC scams, it might ask you to pay for the customs charges in order to release the items or it’ll request bank account details so that they can transfer unclaimed funds to you. In order to make these HMRC scams even more convincing, the criminals will use HMRC logos and even the name of official, legitimate employees to lure you in.

You may well receive messages on various social media platforms claiming to be the HMRC. Many of these messages will tell you that you’re due a tax refund, but the official HMRC will never contact you via social media of any form. Also, they will not ask you for any personal information in this way, either. If you get a message on social media from a government body, it’s exceptionally likely to be a HMRC scam.

These government scams work because they deliver good news to the recipient around the time tax refunds and rebates are due. These HMRC scam emails then start to get mixed up with legitimate correspondence, causing a significant number of taxpayers to fall victim to the fraudsters.

The criminals use the HMRC calendar to their advantage, sending out emails confirming that they’re due a tax refund or rebate and to click links and send bank account information to transfer the money they’re owed. Many people fall for this because they are, actually, expecting a tax refund or rebate.

However, the important thing to note here is that HMRC will never tell you about a tax refund or rebate via email, so if you receive one of these, even if you’re expecting such correspondence from them, it’s likely to be a scam. Wait for communication via post or, if you aren’t sure, ring HMRC on a legitimate line and ask them what your situation is together with how they’ll contact you regarding it in the future.

Companies claiming that they can get you large tax refunds

Although these companies aren’t claiming to be a government body, like HMRC, they’re still trying to con you out of cash with the promise of a large tax rebate. This simply isn’t the case if it comes from a legitimate business. An approved company will only ever give advice to their clients about their taxes and the situations they might be in.

Their sole aim is to make their customers more tax efficient and not to get you the biggest tax rebate possible. To the contrary, they’ll work out whether your taxes are up to date and if you owe any money to the government. HMRC considers it to be your responsibility to check that you either owe or are owed tax and these legitimate professionals can help you to determine this.

It’s also important that you don’t hand over any of your details until you’ve done some research and conducted background checks on the companies emailing you. It would also be better to seek out your own financial advisor or accountancy business in your area, such as RLTP, an accountancy firm in Derby.

How to avoid being scammed

There are multiple steps you can take to ensure you don’t fall for HMRC scams, whether they be emails, texts or social media messages. Here are a few things you should look out for that’ll detail how to avoid being scammed, helping to keep both your money and your personal information safe.

During this modern, digital age, people are expecting things to be done at a faster pace and that includes getting their paperwork under control and rebate forms submitted. If they see an email from the government asking them to supply information that’ll allow funds to be transferred, many people will respond to it, often without giving it a second look.

Even before you open the email, you should be suspicious of it. When you open any correspondence, be sure not to click any links or images and do not provide them with any information. Instead, delete the email, text or social media message and report it to phishing@hmrc.gsi.gov.uk.

It’s all too easy, with the advancement of technology, for someone to duplicate official government documents, such as the ones provided by HMRC. As such, you should also be suspicious of correspondence that looks official. Do some research and check whether you’ve received communication from an authorised, legitimate source before taking any further action.

Look out for greetings that aren’t personalised

Any emails or messages that aren’t specifically addressed to you should be treated with caution. ‘Sir’ or ‘madam’ are usually go-to openings for fraudsters looking to trick you out of your money. When HMRC contacts you, they’ll always address you by name and never the aforementioned.

Do not open any attachments or click on any links

These links could send viruses to your computer or mobile device, so do not open any links. Once some viruses take hold, they could strip your computer of all your information, including bank account details. Do not click on any links or attachments, even if it asks you to do so in order to claim money back. Delete the correspondence and report it to the previously mentioned email address.

How to effectively transition employees to hybrid working

Finding the solution to plastic pollution