Home Business How can women build high-status networks?
Our website publishes news, press releases, opinion and advertorials on various financial organizations, products and services which are commissioned from various Companies, Organizations, PR agencies, Bloggers etc. These commissioned articles are commercial in nature. This is not to be considered as financial advice and should be considered only for information purposes. It does not reflect the views or opinion of our website and is not to be considered an endorsement or a recommendation. We cannot guarantee the accuracy or applicability of any information provided with respect to your individual or personal circumstances. Please seek Professional advice from a qualified professional before making any financial decisions. We link to various third-party websites, affiliate sales networks, and to our advertising partners websites. When you view or click on certain links available on our articles, our partners may compensate us for displaying the content to you or make a purchase or fill a form. This will not incur any additional charges to you. To make things simpler for you to identity or distinguish advertised or sponsored articles or links, you may consider all articles or links hosted on our site as a commercial article placement. We will not be responsible for any loss you may suffer as a result of any omission or inaccuracy on the website.
Business

How can women build high-status networks? 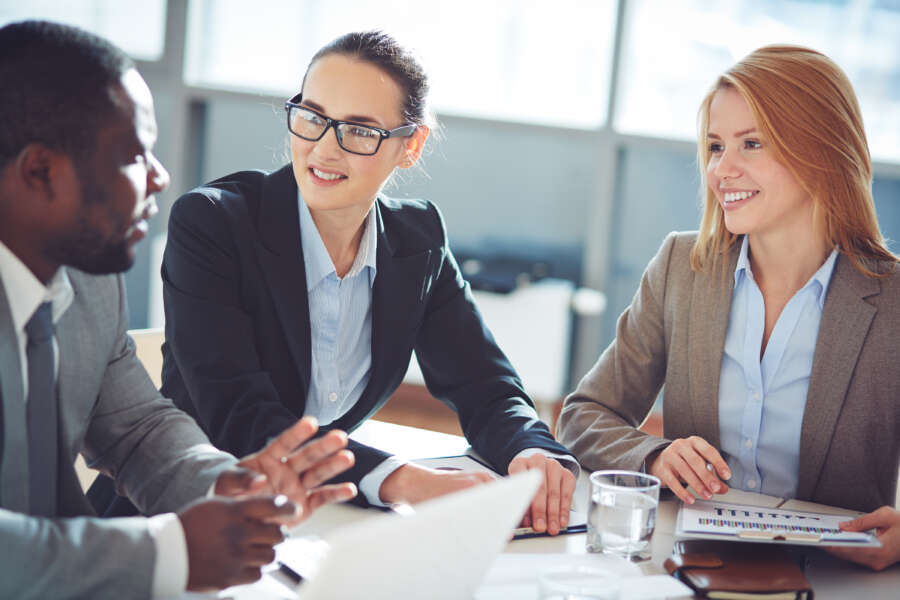 New research from ESMT Berlin finds that men are more likely to leverage co-location and face-to-face interactions to build high-status connections. Women, by contrast, are more effective at connecting with high-status colleagues via third-party ties.

These findings come from research by Gianluca Carnabuci, professor of organizational behavior at ESMT Berlin, who – alongside his colleagues Carla Rua-Gomez from Skema Business School and Martin C. Goossen from Old Dominion University – explored the impact of gender when it comes to building high-status networks in the workplace.

To address this question, the researchers collected data on how people formed collaboration ties within the R&D laboratories of the 42 largest pharmaceutical companies over a 25-year period (1985-2010). Through this large-scale data set, they studied who succeeded at entering the collaboration network of the highest-status colleagues in their lab (the lab’s “star” scientists), and how they did so.

Being in the same geographical location as the star colleague, the researchers found, is most beneficial for men because high-status actors tend to infer a colleague’s competence from stereotypically masculine signals, such as assertiveness and self-confidence, which are particularly salient in face-to-face interactions. By contrast, women are particularly effective at building high-status connections through the support of third-party ties because such indirect connections are a powerful means to counteract generalized gender stereotypes and highlight women’s distinctive strengths.

“There has long been the notion of the ‘old boys’ club’ in many organizations and contexts. It is a fact that networks at the highest level are predominantly male, and for women it is very difficult to break into these networks. Yet building networks is a more nuanced process than most people think, and our research shows that women and men are most successful when using different approaches,” says Professor Carnabuci.

This research highlights the differing challenges and opportunities that men and women face when it comes to building workplace networks. A key insight is that to create a more inclusive environment where all employees have equal opportunities to access high-status networks, organizations should design different support approaches for women and men.

This research was published in the Academy of Management Journal.

Factbox-European gas prices: why have they been falling?