Home Finance Inflation rates reach their highest since 1982
Our website publishes news, press releases, opinion and advertorials on various financial organizations, products and services which are commissioned from various Companies, Organizations, PR agencies, Bloggers etc. These commissioned articles are commercial in nature. This is not to be considered as financial advice and should be considered only for information purposes. It does not reflect the views or opinion of our website and is not to be considered an endorsement or a recommendation. We cannot guarantee the accuracy or applicability of any information provided with respect to your individual or personal circumstances. Please seek Professional advice from a qualified professional before making any financial decisions. We link to various third-party websites, affiliate sales networks, and to our advertising partners websites. When you view or click on certain links available on our articles, our partners may compensate us for displaying the content to you or make a purchase or fill a form. This will not incur any additional charges to you. To make things simpler for you to identity or distinguish advertised or sponsored articles or links, you may consider all articles or links hosted on our site as a commercial article placement. We will not be responsible for any loss you may suffer as a result of any omission or inaccuracy on the website.
Finance

Inflation rates reach their highest since 1982 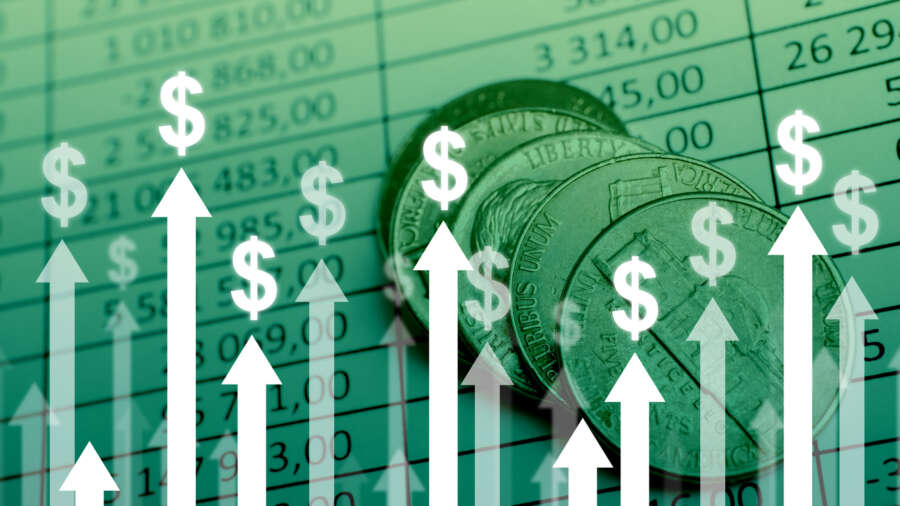 The coronavirus pandemic has brought about a lot of uncertainty in many aspects of life, not least the economic uncertainty on a global scale.

Though we’ve hopefully seen the back of the height of the pandemic, whereby the US were recording over 800,000 cases on a daily basis in mid-January 2022, the recent spikes in the inflation rate in both the US and UK have unfortunately prolonged the economic uncertainty.

Why is the Inflation Rate going up?

One of the main tasks that the Federal Reserve in the US and the Bank of England in the UK are responsible for is controlling the rate of inflation in their respective countries.

Rising inflation has been driven by supply chain disruptions and pent-up consumer demand for goods following the reopening of the economy as the lockdown restrictions have been easing.

According to the Bureau of Labor Statistics (BLS), the high rate of inflation in January was driven by big gains in food, electricity and shelter.

In the UK, however, the rise in the inflation rate is largely being attributed to global energy prices, which have been rising sharply in recent months. This is partly because OPEC has been restricting global oil supply and the UK has a shortage of gas and is therefore having to buy more in from Europe and Russia. That’s pushing the price of energy bills at home up. As world travel opens back up, there’s also been a rise in demand for fuel.

International supply chain issues caused by the pandemic have meant shipping containers are in the wrong place, and that’s putting pressure on demand which is pushing up prices. That’s partly where the rise in the price of food, drinks and clothes is coming from.

How does the Inflation Rate affect you?

Inflation is the rate at which prices are rising. If the price of a bottle of milk is $1 and it rises by 5¢, then milk inflation is 5%. In the 12 months to January, prices in the UK rose by 5.5% on average, and the Bank of England has warned inflation could rise above 7% this year.

You may not notice price rises from month to month. But right now, prices are rising so quickly that average pay is not keeping up – and it does not help that some employees request financial assistance on top.

However, there are workers in a few sectors – such as lorry drivers – who are in high demand, and whose wages are rising faster than prices.

Moreover, in April, the lowest-paid will see the UK’s National Living Wage rise by 6.6% to £9.50 an hour, which is higher than the current inflation rate.

However, in the US, while wage rates are still rising, they’re growing at a lower rate than prices overall. Inflation-adjusted earnings dropped 1.7% compared to this time last year, meaning that the typical worker has less buying power now than a year ago.

Some economists have pointed to the fact that measurements of longer term inflation, such as the 10-year breakeven rate, show prices will moderate back to more normal levels due to the Fed hiking rates to get prices more under control but unfortunately, that does little to aid struggling Americans.

This is a Sponsored Feature

How to Sell a Business