Home Business Is your new hire hurting your team morale?
Our website publishes news, press releases, opinion and advertorials on various financial organizations, products and services which are commissioned from various Companies, Organizations, PR agencies, Bloggers etc. These commissioned articles are commercial in nature. This is not to be considered as financial advice and should be considered only for information purposes. It does not reflect the views or opinion of our website and is not to be considered an endorsement or a recommendation. We cannot guarantee the accuracy or applicability of any information provided with respect to your individual or personal circumstances. Please seek Professional advice from a qualified professional before making any financial decisions. We link to various third-party websites, affiliate sales networks, and to our advertising partners websites. When you view or click on certain links available on our articles, our partners may compensate us for displaying the content to you or make a purchase or fill a form. This will not incur any additional charges to you. To make things simpler for you to identity or distinguish advertised or sponsored articles or links, you may consider all articles or links hosted on our site as a commercial article placement. We will not be responsible for any loss you may suffer as a result of any omission or inaccuracy on the website.
Business

Is your new hire hurting your team morale? 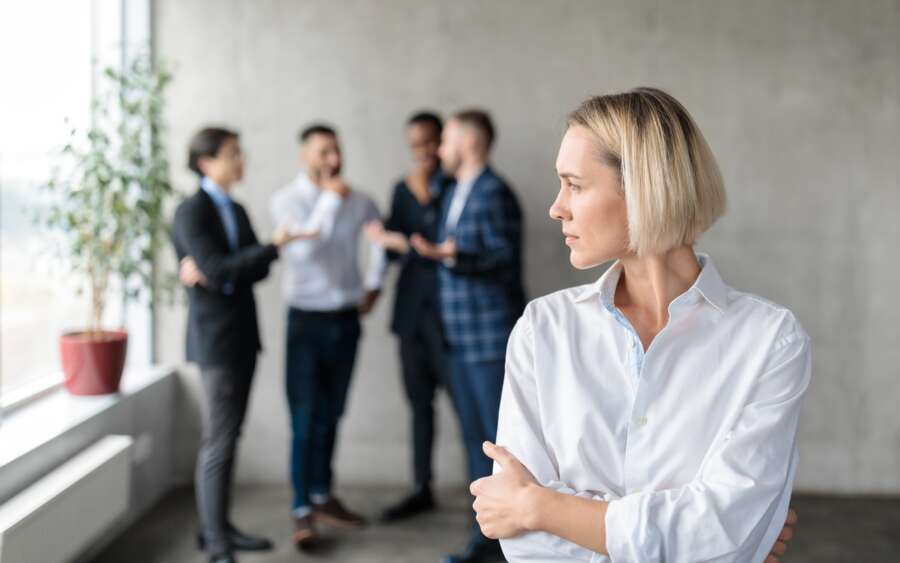 The average cost of turnover per employee is £30,614, and statistics show that 57% of employees have left a job because of their manager. So even if you offer amazing compensations, flexible working hours and fantastic benefits, you may still lose your best team players because of poor management.

The single biggest decision you make in your job — bigger than all the rest — is who you name manager. When you name the wrong person manager, nothing fixes that bad decision. Not compensation, not benefits — nothing. – Gallup CEO, Jim Clifton.

Furthermore, finding new talent is becoming more challenging, and employees are more likely to leave their jobs because they know there are more opportunities out there for them. In addition, high turnover is not only expensive, but it also takes a significant investment in time. Consider how much time your company spends between hiring and onboarding new employees.

So, while reviewing and identifying concerns with new hires may appear daunting, consider how much you’re losing by waiting until it’s too late.

Is the new hire hurting your team?

There is usually a follow-up process when recruiting a new employee; there is a probation period and, in most cases, a review. When it comes to new management, though, finding the truth might be difficult.

It’s likely that members of the team will be afraid to speak up and express their worries about their new boss. Furthermore, outcomes from performance and productivity can take a long time to appear, and by that time, it’s usually too late. The same is true for annual reviews.

Here’s where team morale becomes a strong indicator of management success. The impact of a poor manager on a team can be noticed sooner than the impact on productivity, allowing you to intervene before people start heading for the door.

Why is team morale essential?

Employee morale is defined as the attitude, satisfaction and overall outlook of employees during their association with an organization or a business. An employee that is satisfied and motivated at the workplace usually tend to have higher morale than their counterparts.

People will be more engaged, proactive, and eager to go above and beyond to ensure customer satisfaction if they feel safe, content, and happy in their jobs.

On the other hand, people who are nervous, anxious, or feel unsafe, will be less motivated to do their best work, ultimately impacting their performance.

You can end up with an unmotivated team that only does the bare minimum or with no team at all. Either way, the effect of low morale among your employees will have a negative impact on the business.

The manager accounts for at least 70% of the variance in employee engagement.

Furthermore, emotions are contagious, and negative emotions spread even faster. In addition, managers are responsible for at least 70% of the variation in employee engagement. Employees rely on their leaders for inspiration, motivation, and growth, thus a bad manager may quickly turn a high-performing team into a demotivated one.

How to measure team morale?

For small companies, it’d be easier to identify changes in attitude. However, it can be more difficult for big companies.

Nonetheless, team morale is just as important for every business. So, here are some suggestions for determining whether your recruit is negatively impacting your team’s morale.

What to do if you identify low team morale?

If you identify a problem within the team, there are always solutions available. The essential part is to recognise the issue before it’s too late.

It’s worth noting that joining a new team is always a challenge; for everyone in any position. It takes some time to adjust to new people and their working styles. It also takes time to build connections and for the team to work as a whole. So, before making any rash decisions, we should always try to find a solution within the team.

Leaders must ensure not only that the job is completed, but also that people are happy while doing it. Leaders have a significant impact on the people they work with, which is why it’s critical that we analyse and reflect on a regular basis.

While it appears to be obvious what a leader must do in theory, putting it into reality is far more complex, and there is no shame in asking for help. It’s important to remember that we’re all still learning and making mistakes. However, it’s critical to ensure that the errors do not cause the team irreparable harm.