Home Headlines Oil settles below $90 as recession fears mount
Our website publishes news, press releases, opinion and advertorials on various financial organizations, products and services which are commissioned from various Companies, Organizations, PR agencies, Bloggers etc. These commissioned articles are commercial in nature. This is not to be considered as financial advice and should be considered only for information purposes. It does not reflect the views or opinion of our website and is not to be considered an endorsement or a recommendation. We cannot guarantee the accuracy or applicability of any information provided with respect to your individual or personal circumstances. Please seek Professional advice from a qualified professional before making any financial decisions. We link to various third-party websites, affiliate sales networks, and to our advertising partners websites. When you view or click on certain links available on our articles, our partners may compensate us for displaying the content to you or make a purchase or fill a form. This will not incur any additional charges to you. To make things simpler for you to identity or distinguish advertised or sponsored articles or links, you may consider all articles or links hosted on our site as a commercial article placement. We will not be responsible for any loss you may suffer as a result of any omission or inaccuracy on the website.
Headlines 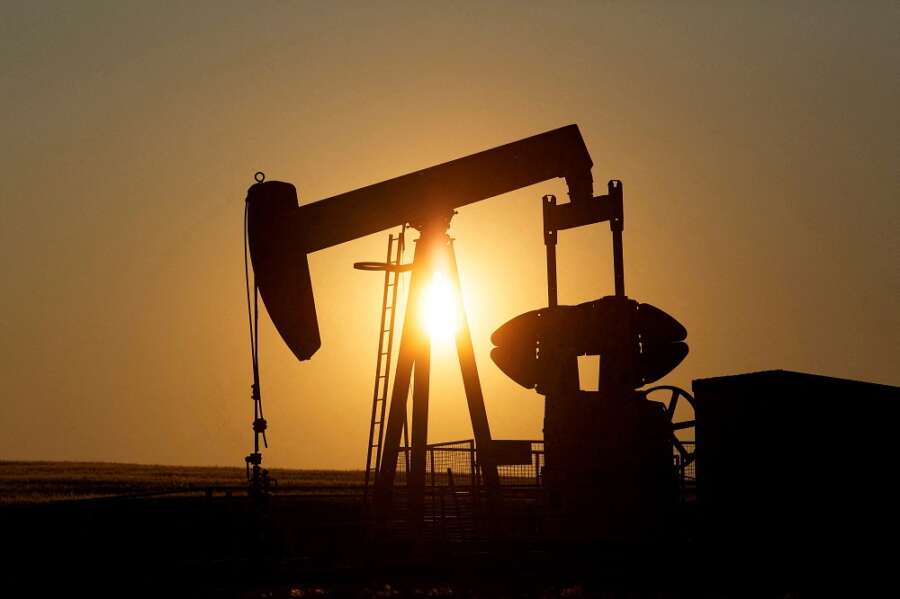 “Right now the market is basing its concerns about what will happen due to sharply higher energy prices in Europe, slowing demand in Europe, and interest rates rising,” said Phil Flynn, an analyst at Price Futures Group.

Several world central banks are slated to keep hiking rates to fight inflation, but economists have said the United States appears better placed to weather the storms. That has boosted the dollar to a 24-year peak against the yen and a 37-year high versus sterling. The stronger greenback pressures oil prices, since most worldwide oil sales are transacted in dollars.

The European Central Bank is expected to raise interest rates sharply when it meets on Thursday. A U.S. Federal Reserve meeting follows on Sept. 21.

The Bank of Canada hiked interest rates by three-quarters of a percentage point to a 14-year high on Wednesday, as expected, and said the policy rate would need to go even higher as it battles raging inflation.

Prices drew some support from Russian President Vladimir Putin to halt the country’s oil and gas exports if price caps are imposed.

The European Union proposed to cap Russian gas only hours later, raising the risk of rationing in some of the world’s richest countries this winter. Russia’s Gazprom has halted flows from the Nord Stream 1 pipeline, cutting off a substantial percentage of supply to Europe.

Credit rating agency Fitch on Tuesday said halting of the Nord Stream 1 pipeline increased the likelihood of recession in the euro zone.

U.S. crude stockpiles are expected to have fallen for a fourth consecutive week, declining by an estimated 733,000 barrels in the week to Sept. 2, a preliminary Reuters poll showed. The American Petroleum Institute releases its report on Wednesday, a day later than usual because of a public holiday on Monday.