Home Headlines Stocks jump as Treasury yields ease and oil prices sell off
Our website publishes news, press releases, opinion and advertorials on various financial organizations, products and services which are commissioned from various Companies, Organizations, PR agencies, Bloggers etc. These commissioned articles are commercial in nature. This is not to be considered as financial advice and should be considered only for information purposes. It does not reflect the views or opinion of our website and is not to be considered an endorsement or a recommendation. We cannot guarantee the accuracy or applicability of any information provided with respect to your individual or personal circumstances. Please seek Professional advice from a qualified professional before making any financial decisions. We link to various third-party websites, affiliate sales networks, and to our advertising partners websites. When you view or click on certain links available on our articles, our partners may compensate us for displaying the content to you or make a purchase or fill a form. This will not incur any additional charges to you. To make things simpler for you to identity or distinguish advertised or sponsored articles or links, you may consider all articles or links hosted on our site as a commercial article placement. We will not be responsible for any loss you may suffer as a result of any omission or inaccuracy on the website.
Headlines 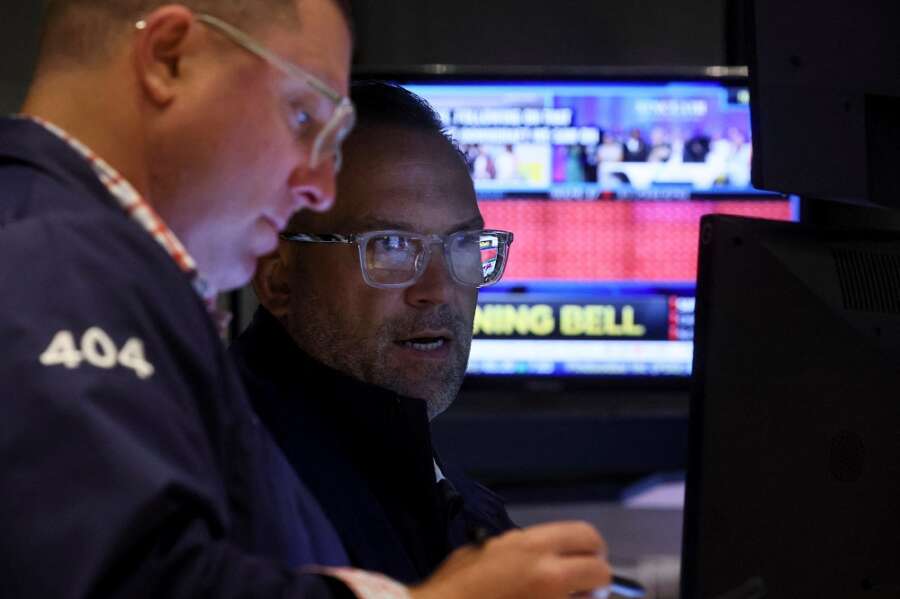 The dollar surged to a 24-year peak against the yen and a 37-year high versus sterling, but the dollar index =USD was lower on the day.

Quincy Krosby, chief global strategist at LPL Financial in Charlotte, North Carolina, said given the oversold conditions of stocks, it did not take much to create a bounce.

Oil prices fell and the dollar index weakened, and “those are two good catalysts,” she said.

Investors have been anxious for more news from central banks on the trajectory of global interest rates.

The European Central Bank is widely expected to raise interest rates sharply when it meets this week, while the U.S. central bank is expected to raise rates by another 75 basis points at its Sept. 20 to 21 meeting. (Full Story)

All major S&P 500 sectors rose on the day apart from energy .SPNY, which fell 1.2% with the slide in oil prices.

U.S. stocks had been selling off since mid-August after hawkish comments from Powell and signs of an economic slowdown in Europe and China. (Full Story)

Liz Truss, who took over as Britain’s prime minister on Tuesday, vowed immediate action to help the economy, which faces double-digit inflation and an expected lengthy recession. (Full Story)

On Wednesday, Europe’s single currency was last up 0.8% at US$0.9985, and the U.S. dollar index, which measures the greenback against a basket of currencies, was last down 0.7%.