Our website publishes news, press releases, opinion and advertorials on various financial organizations, products and services which are commissioned from various Companies, Organizations, PR agencies, Bloggers etc. These commissioned articles are commercial in nature. This is not to be considered as financial advice and should be considered only for information purposes. It does not reflect the views or opinion of our website and is not to be considered an endorsement or a recommendation. We cannot guarantee the accuracy or applicability of any information provided with respect to your individual or personal circumstances. Please seek Professional advice from a qualified professional before making any financial decisions. We link to various third-party websites, affiliate sales networks, and to our advertising partners websites. When you view or click on certain links available on our articles, our partners may compensate us for displaying the content to you or make a purchase or fill a form. This will not incur any additional charges to you. To make things simpler for you to identity or distinguish advertised or sponsored articles or links, you may consider all articles or links hosted on our site as a commercial article placement. We will not be responsible for any loss you may suffer as a result of any omission or inaccuracy on the website.
Home Headlines Reckitt expects U.S. infant formula shortage until spring
Headlines 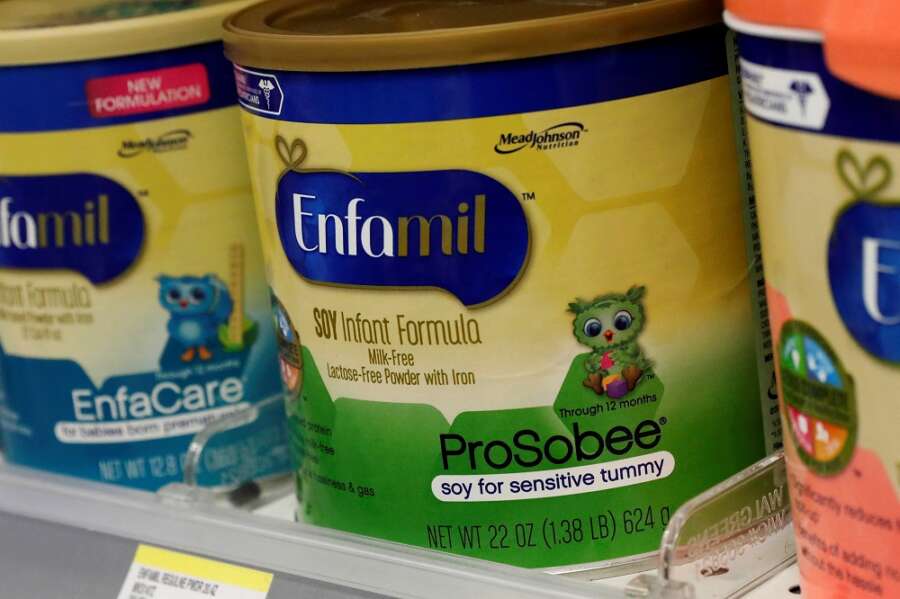 LONDON (Reuters) -The near year-long infant formula shortage in the United States that prompted the intervention of the White House is likely to “persist” until spring, according to Reckitt Benckiser, the maker of what is now the biggest brand in the market, Enfamil. Panicked parents had earlier this year emptied the baby formula aisles at supermarkets after former top U.S. manufacturer Abbott Laboratories in February recalled dozens of types of its Similac, Alimentum and EleCare formulas.

The products, made at a plant in Michigan, were pulled after complaints of bacterial infections. Supermarkets like Target and Walgreens Boots Alliance were forced to limit sales, putting pressure on the Biden administration to address the crisis.

The White House in May took steps to address the shortage, invoking the Defense Production Act to help manufacturers obtain the ingredients needed to ramp up supply.

Supplies are yet to return to normal since the peak of the crisis in May and June, despite the U.S. making progress in replenishing stocks, said Robert Cleveland, Reckitt senior vice president of North America and Europe Nutrition.

“I suspect that will persist to some degree until the spring resets,” he said. The situation was improving, he said however. “There is much more volume on shelves than a few months ago, and enough to feed America’s babies.”

“We are in close touch with top retailers who continue to have supplies of formula on hand, but may still lack all the sizes and varieties they once carried,” the official said, adding that industry data shows U.S. formula production so far this year has outpaced 2021 levels.

According to data firm IRI, in-stock rates at U.S. stores have continued to improve and are close to pre-recall levels at 86% now versus 88–90% prior to the recall.

Since the Abbott recall, Reckitt’s share of the infant formula market has skyrocketed, making it the No.1 supplier in the United States.

The British company has yet to see its newfound popularity recede, with Cleveland saying its just over 50% market share has “remained relatively unchanged” since earlier this year.

Its position has been further boosted by the United States saying it will temporarily cover the cost of baby formula for low-income families dependent on government discounts in states contracted with the company.

Companies normally bid for state contracts to be the sole provider of baby formula for low-income families under the Women, Infants and Children (WIC) programme. In their bids, they offer a “rebate” in the form of discounts to the states.

Reckitt has said its formula factories are operating 24/7, and that it was feeding more than 40% of all low-income WIC infants.

“Certainly at some point in the future, we expect they (the United States Department of Agriculture) will want to return the programme to normal,” Cleveland said.