Home Opinion Serious games can make a big difference in Africa, but only with real collaboration
Our website publishes news, press releases, opinion and advertorials on various financial organizations, products and services which are commissioned from various Companies, Organizations, PR agencies, Bloggers etc. These commissioned articles are commercial in nature. This is not to be considered as financial advice and should be considered only for information purposes. It does not reflect the views or opinion of our website and is not to be considered an endorsement or a recommendation. We cannot guarantee the accuracy or applicability of any information provided with respect to your individual or personal circumstances. Please seek Professional advice from a qualified professional before making any financial decisions. We link to various third-party websites, affiliate sales networks, and to our advertising partners websites. When you view or click on certain links available on our articles, our partners may compensate us for displaying the content to you or make a purchase or fill a form. This will not incur any additional charges to you. To make things simpler for you to identity or distinguish advertised or sponsored articles or links, you may consider all articles or links hosted on our site as a commercial article placement. We will not be responsible for any loss you may suffer as a result of any omission or inaccuracy on the website.
Opinion

Serious games can make a big difference in Africa, but only with real collaboration 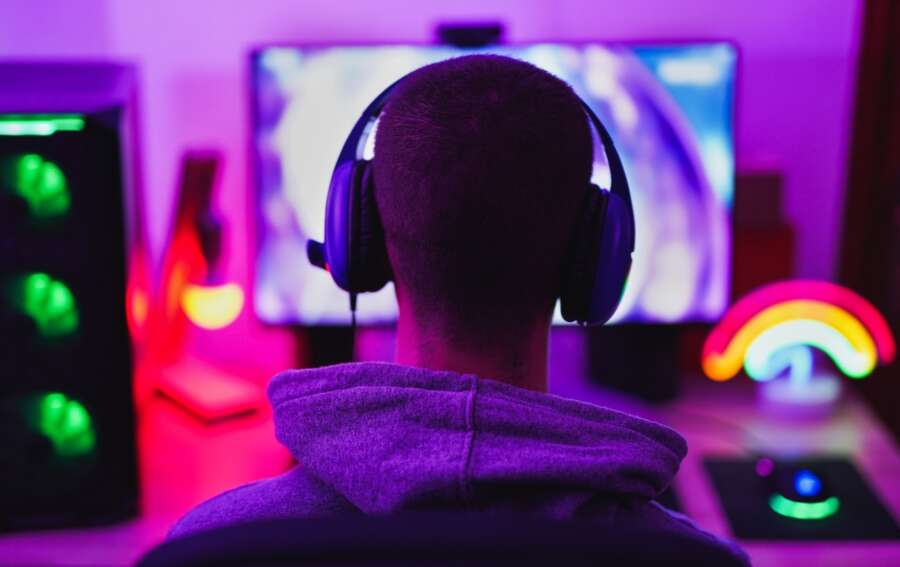 The future of gaming is African. Over the past five years, the size of the continent’s gaming market has more than doubled. As the continent returns to economic growth and connectivity becomes more ubiquitous, that kind of growth will likely continue. Such high growth represents a major economic opportunity. But ensuring that Africans, and African game developers in particular, benefit most from that opportunity requires cross-industry collaboration.

That’s true not just of gaming as entertainment (which is what most people think of whenever it’s mentioned), but also as an enabler of education, new skills, and marketing. With the right approach and support, gaming doesn’t just have the potential to be a high-growth sector in and of itself, but also to help grow and transform many other sectors of the economy.

As developers from around the continent came together for Africa Games Week, which took place in Cape Town from 23-24 February, it’s worth taking a deeper look at how this might be achieved.

Getting serious about serious games

One major driving force behind that transformations are games created for a purpose that isn’t solely entertainment, commonly called serious games

In many cases, education is the primary goal of these games. They are used to teach learners at school level and to train adults in business across a number of topics and sectors. The idea is that people learn better when they’re actively engaged with content, and playing a game provides that immersive engagement. As people learn they can progress up a game’s levels, getting a more and more nuanced understanding of a concept or subject as they go. This means that serious games can be used to teach people everything from maths to cyber-security awareness to how to manage their finances.

But serious games can also be used to help ensure that customers engage more with a brand’s marketing or to drive home an NGO’s social message. Whatever their purpose, serious games are typically made for a specific organisation by a developer, rather than being released into the wider market.

Our own experiences as serious game developers at Sea Monster have shown us just how effective and impactful serious games can be. Through them, we have helped customers in sectors ranging from financial services to mining and ecommerce equip customers and staff with new and useful skills.

These games not only help customers make better, more informed choices but also ensure that employees have the skills they need to do their jobs as effectively and efficiently as possible. Ultimately, that has a knock-on effect and contributes to a stronger African economy.

An engine for growth

It’s also important to note that serious games have an important role to play in securing the future of Africa’s broader games development space. Not only do they allow African game developers to consistently build games, but they also help ensure that those developers have an ongoing understanding of their local contexts and what works in the markets they operate in.

All of these are crucial to ensuring a future where games aren’t just sold into Africa or where international players outsource game development to Africa. While those are both valid avenues, the ideal is for African-owned games to be developed and sold on the continent and beyond.

It’s also increasingly clear that the time for African game developers to pursue those opportunities is right now. The continent’s median age is under 20-years-old, with 60% of the population under the age of 25. Young Africans are also increasingly well-educated and connected. With other regions ageing out, Africa will increasingly be the world’s labour engine, but also critically the world’s fastest growing market. African youth are additionally innovative, energetic, innovative, and willing to become entrepreneurs.

Serious games are already supercharging that revolution and will continue to do so. African game developers need to do everything they can to ensure they’re at the forefront of it.

Collaboration will be crucial to achieving that scenario. By sharing resources, thinking, and values, the African gaming sector places itself in a much stronger position when it comes to building authentic and meaningful games that have a long-term benefit for the continent, while also making commercial sense.

Africa Games Week brought an important announcement in that regard with the official launch of a Games for Change (G4C) Africa chapter. The aim of the initiative is to bring together everyone interested in using games to drive social, learning and business goals across the continent.

While there is no doubt that competition makes us stronger, collaboration can be an even more powerful tool when it comes to advancing the cause of serious games in Africa, along with all the benefits they bring.

In recent years, African music, film, and fine art have made a massive international impact. With the creative and developer talent at the continent’s disposal, there’s no reason the same can’t be true of gaming, across all genres and game types.

That can only happen, however, if everyone is pulling in the same direction with the same big picture goals in mind.

The Statistics Behind Hosting A Successful Podcast in 2022

Disaster prep means protecting not only your house...

Staff keen to bring green spaces into the...