Home Finance As a massive 57% of Brits experience financial difficulties, the Ukrainian crisis is making an already desperate situation worse
Our website publishes news, press releases, opinion and advertorials on various financial organizations, products and services which are commissioned from various Companies, Organizations, PR agencies, Bloggers etc. These commissioned articles are commercial in nature. This is not to be considered as financial advice and should be considered only for information purposes. It does not reflect the views or opinion of our website and is not to be considered an endorsement or a recommendation. We cannot guarantee the accuracy or applicability of any information provided with respect to your individual or personal circumstances. Please seek Professional advice from a qualified professional before making any financial decisions. We link to various third-party websites, affiliate sales networks, and to our advertising partners websites. When you view or click on certain links available on our articles, our partners may compensate us for displaying the content to you or make a purchase or fill a form. This will not incur any additional charges to you. To make things simpler for you to identity or distinguish advertised or sponsored articles or links, you may consider all articles or links hosted on our site as a commercial article placement. We will not be responsible for any loss you may suffer as a result of any omission or inaccuracy on the website.
Finance 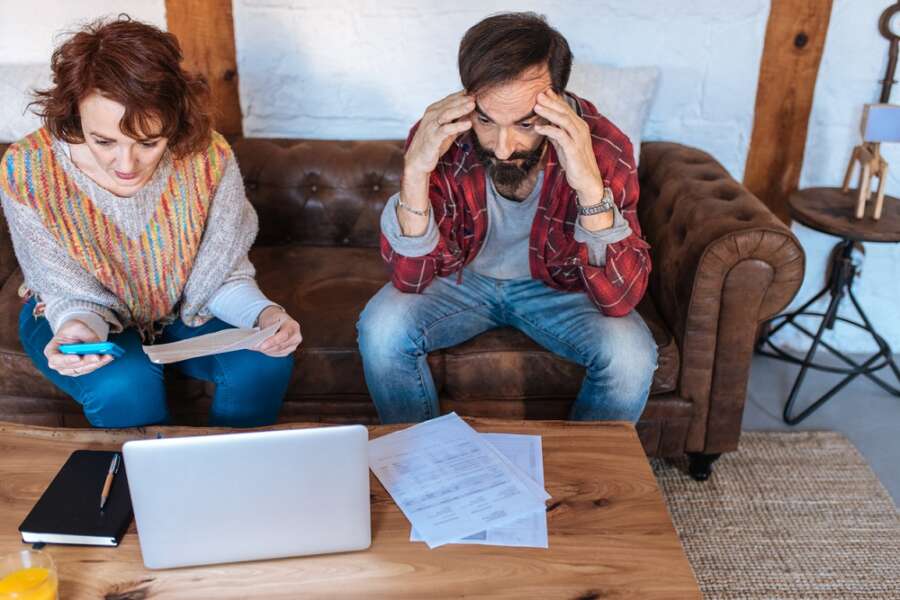 Research by KIS Finance has revealed that as a direct result of the rising cost of living, (57%) of Brits are either already struggling financially, or expect to do so in the very near future.

With inflation jumping to 5.5%, its highest level in almost 30 years, increasing numbers are already finding it difficult to make ends meet. But things look set to become even more challenging as the full impact of the Ukrainian crisis in the UK unfolds.

As petrol prices today hit an all-time high, alongside the rising costs of heating our homes and the threat of cyber-attacks from Russia, the situation in the Ukraine is likely to intensify the cost of living crisis here in the UK.

• 27% are already struggling financially as direct result of the rising cost of living.

• 3 0% anticipate financial problems in the very near future as the impact of rising prices bites.

• 36% of over 55’s are worried that the financial pinch will hit them shortly as prices continue to rise.

• The South East is the area most affected to date, with 30% already struggling financially.


A third fear that the worst is still to come

Nearly a third of people reported genuine concern that rising prices and the increasing cost of living will have a negative impact on their lives in the very near future. Whilst some have been able to make use of savings built up over lock down to help meet increasing costs, this temporary buffer won’t last for long and the impact of a permanently higher cost of living is a real worry for many.

As energy prices soar, pushing up both the direct cost for heating and powering our homes, and the indirect cost of other goods and services, the impact on household budgets is one that few can ignore.

Whilst the UK only relies on Russia for around 3% of its gas supply, it’s the global market that determines the wholesale gas price. So any shortage in supply from Russia to the rest of Europe will still have a knock on effect on prices here in the UK. Average electric and gas bills are already expected to hit £2,000 a year when the Government’s price cap is raised in April but the events in the Ukraine could see this rise even further.

Similarly petrol prices have been rising for some time, but have now hit an all-time high of £149.30, with industry experts predicting that prices could soon reach £1.50 per litre. With Russia’s position as the second largest exporter of oil after Saudi Arabia, fears are increasing that their control over the world’s oil supply will have a significant impact on petrol prices here at home.

Over a quarter of people are already struggling financially

As the impact of rising inflation starts to really bite, over a quarter of those surveyed report struggling to make ends meet. With real wages in the UK predicted to be lower by 2026 than they were even during the credit crunch in 2008, this worrying trend looks set to remain for some time.

Whilst some inflation is needed to keep the economy running smoothly, the current rate is over double the ideal level of 2% that the Bank of England aims to maintain. With increases to around 7% being predicted, a rising number of people are struggling to get by.

The decision by the Bank of England in February to increase interest rates to 0.5% has put further pressure on stretched household budgets, as mortgage and loan repayments increase. However, in recent days the Bank of England has warned that further interest rate hikes are likely, linked to the current global uncertainty and the need to try to control inflation here in the UK.

Homelessness on the increase

Recent data from the charity Crisis has found that the current pressures on the cost of living could see homelessness increase by as much as a third compared to pre-pandemic levels. Local Councils have predicted that evictions from privately rented houses are likely to increase by a further 79% in the coming months, as people struggle to make ends meet.

70% have seen wages stagnate or fall

Whilst inflation is normally linked to wage increases and a growing economy, research by KIS has found that only 30% of people reported a rise in pay since before the pandemic, whilst 70% have seen their wages either stagnate or fall.

Therefore it’s not been an increase in non-essential spending that has driven the current rise in the cost of living and the announcement that interest rates are rising will do little to help reduce these inflationary pressures. Instead higher interest rates will add an additional cost burden onto those with variable rate mortgages at a time when they can least afford it.

Over 35% of those aged 18 to 24 are reporting that they are already struggling to get by financially. Research by the think tank Demos, has found that young people are currently the hardest hit and face the ‘greatest uphill battle’ to make ends meet. With potentially higher levels of debt and lower incomes, it’s this generation that may find it the hardest to take on additional expenses as cost rise.

As their expenditure increases on day to day living, their ability to save is likely to be hard hit. For many this will mean that the dream of saving a deposit to get onto the property ladder will now be even less of a reality than before, especially if interest rates continue to rise as predicted.

24% of those aged between 18 and 34 have reported a fall in their wages compared to before the pandemic. With many younger people employed in the sectors greatest hit over the last 2 years, including hospitality and retail, it’s not surprising that they have seen their incomes fall, either as a direct result of a wage cut or due to a reduction in their hours. Sat alongside increasing costs for food, fuel and other essentials the impact for young people can’t be under-estimated.

As many of those aged 18 to 24 struggle to make ends meet, nearly a quarter have had to take an additional job to get by. Whilst people may choose to have a second job to supplement their income, many young people are now finding that they have no alternative if they are to manage financially.

When asked why they took on an additional role, some responded that they were worried about job security and took on other jobs in case their primary role was at risk in the future. Whilst this may boost their finances in the short term, the additional pressure of longer hours and juggling multiple jobs may well take its toll on the wellbeing of those that find themselves in this situation.

Whilst younger people are already feeling the impact of the rising cost of living, those aged over 55 are the most worried about the impact on their finances in the coming months and anticipate finding themselves in difficulties soon. Whilst they may have higher levels of savings, anyone who is thinking about retirement in the next few years may now be reconsidering whether they can afford to do so.

Holly Andrews, MD at KIS Finance comments on the findings:

“At a time when the cost of living crisis is deepening, the global impact of the situation in the Ukraine looks set to make the situation even worse. Rising costs on everyday essentials, alongside increasing interest rates will stretch household budgets and be a further blow to those trying to get onto the property ladder.
Shortages in the housing market are forcing prices up at the same time that rents are at some of their highest rates ever.

With the cost of borrowing increasing alongside the rising cost of living, those saving for a deposit will find this even more challenging. Similarly those applying for a mortgage may find it more difficult to meet income requirements, as disposable income is hit by the rising cost of essentials.
With so much uncertainty both globally and here in the UK the situation doesn’t look like it will ease for home buyers anytime soon.”

Serious games can make a big difference in Africa, but only with real collaboration