Stocks claw back as markets calm after Evergrande-led slide 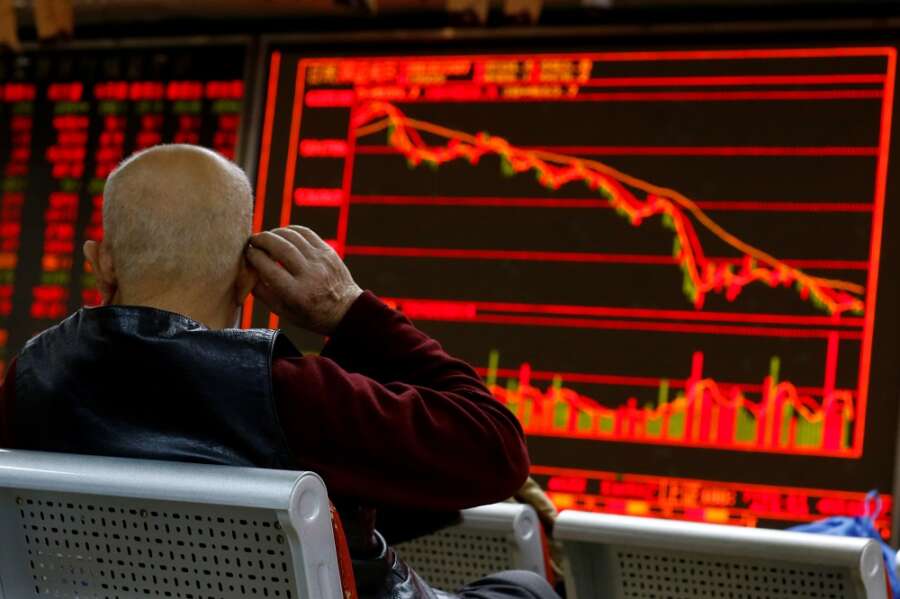 By Lewis Krauskopf and Lawrence White

NEW YORK/LONDON(Reuters) – World stock markets edged back on Tuesday while the U.S. dollar held relatively steady a day after heavy selling in equities, as investors assessed the level of contagion stemming from the distress of debt-saddled developer China Evergrande.

Investors were still focused on the situation at Evergrande, where persistent default fears eclipsed efforts by the debt-laden group’s chairman to lift confidence as Beijing showed no sign it would intervene to stem any domino effects across the global economy.

“There are still issues that the market is dealing with,” said David Joy, chief market strategist at Ameriprise Financial in Boston. “But stabilization is a good thing after the downdraft that we had yesterday.”

The Cboe Volatility Index .VIX retreated after hitting a four-month high a day earlier, last down 2.25 points to 23.46.

Central bank meetings in the United States and elsewhere in the world were soon to take center stage for markets, with a Federal Reserve meeting due to conclude on Wednesday as investors look for when it will ease its bond-buying program.

Oil prices edged higher in a see-saw session, as concerns about the global consumption outlook counterbalanced the struggle by big OPEC producers to pump enough supply to meet growing demand.

UK Side Hustle Economy Worth £346 Billion As Furlough Ends